Why I Wear a Flat Cap

Besides the immediate, practical need of protecting my balding head from sunburn, there must be some ancestral urge in me to place the hat on my head. I think I first noticed it on the heads of the Gaúchos in southern Brazil. It is also used by sports car enthusiasts and many others. Yet it appears to have its origins as a common workman's hat from many parts of the world. My paternal grandfather occasionally wore a hat like this and his family origins were among the Welsh like those pictured above.

The family history work goes on. My Welsh people come from small towns and green mountains literally on the edge of the southern industrial areas of Wales - right on the edge. While my family from the lower end of the class system attempted to maintain a tradesman status as butchers, they were not always successful. When the censuses began in 1841, we find them in a Llanfoist, Monmouthshire, just over the hill from the Blaenavon Ironworks - an important location for the development of industrial processes that spread throughout the industrialized world. And there are several birth records as well that identify the fathers as puddlers.

Here's a description of the puddling process from Wales:


After melting down the pig-iron as quickly as possible, which took me thirty minutes, there was a pause in which I had time to wipe the back of my hand on the dryest part of my clothing (if any spot was still dry) and with my sweat cap wipe the sweat and soot out of my eyes.

For the next seven minutes I "thickened the heat up" by adding iron oxide to the bath. This was in the form of roll scale.

The furnace continued in full blast till that was melted. The liquid metal in the hearth is called slag. The iron oxide is put in it to make it more basic for the chemical reaction that is to take place.

Adding the roll scale had cooled the charge, and it was thick like hoecake batter. I now thoroughly mixed it with a rabble which is like a long iron hoe.

For twenty-five minutes while the boil goes on I stir it constantly with my long iron rabble. A cook stirring gravy to keep it from scorching in the skillet is done in two minutes and backs off blinking, sweating and choking, having finished the hardest job of getting dinner. But my hardest job lasts not two minutes but the better part of half an hour.

My spoon weighs twenty-five pounds, my porridge is pasty iron, and the heat of my kitchen is so great that if my body was not hardened to it, the ordeal would drop me in my tracks.

Extracts from "The Iron Puddler" by J.J. Davies found here.

Blaenavon is now a world heritage site. It is one of those places we didn't have time for on our family history adventure to Wales. I need to go back. I'll be sure to wear my cap. 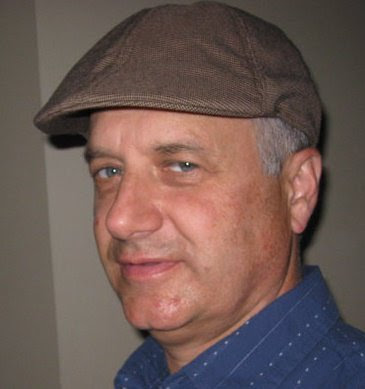