Six years ago on the Mountain at Blaendigeddi Fawr, it was peaceful but not so quiet. The bleating of sheep was nearly constant. It was a peaceful noise and maybe that’s why you’re supposed to count them to go to sleep. Other than the sheep, it was very quiet and certainly peaceful.

This excursion began, as per usual with every muscled strained and tightened to the max as I held the wheel of our tiny Toyota only occasionally, and more naturally I might add, the left hand slipping to the gear shift hoping not to slip the gears. Standards are very popular here and much less expensive to rent. I thought that was compelling reason enough to be economizing and not extravagant as my wife would usually prefer. But apparently her muscles were tighter than mine when she tearfully said, “You’ve known me for 36 years, so you should know!”

“Know what?” I wisely said only to myself. As we went along, she explained that she would expect me to know how nervous it made her for me to drive in Britain and how I should have paid the extra money to get an automatic as that would be one less thing for her to stress about. And I thought I was a male hero for economizing. Venus and Mars.

Our marriage is still intact and I didn’t hit anything at all except for a small rabbit for which I am very sorry. It wasn't the rabbit that bothered her.

Back to the quiet. Our inn at Three Cocks (the proprietor told us that some overly sensitive Americans prefer to call it “Three Roosters”), was so quiet with its thick stone walls and modern windows inside the thick casement of the older window. And there was not a sheep to be seen or heard for at least a quarter of a mile! 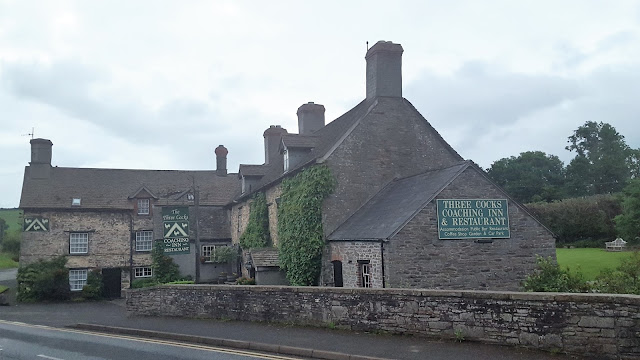 In the ancestral land where even I would be a Republican, I took on the challenge of one of our BYU Welsh Professors to take photos of the different British (of generally German descent) kings and queens on royal post boxes since they were first put into use under Victoria. It is a bit of a challenge because there are only a couple of dozen boxes with Edward VIII, the Abdicator, in the whole of the British Isles. One of them happens to be in Cardiff, it is. I'm not telling where I found it but other less mysterious sites on the web might list it, they do.

Here is my collection:

We start, of course, with Victoria. "R" stands for "Regina," Latin for "queen." 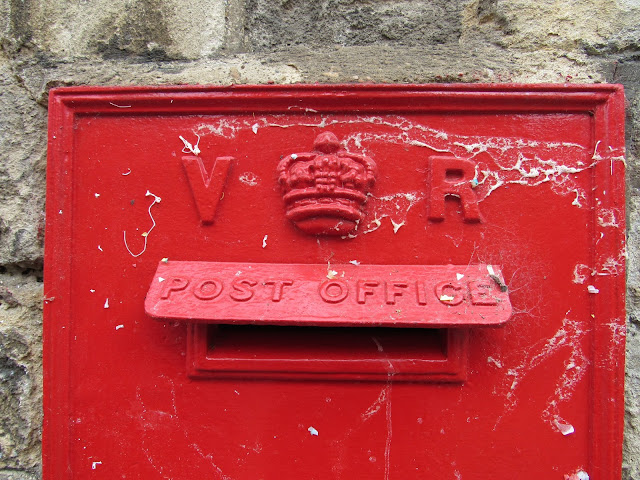