"Have Courage and Be Kind" 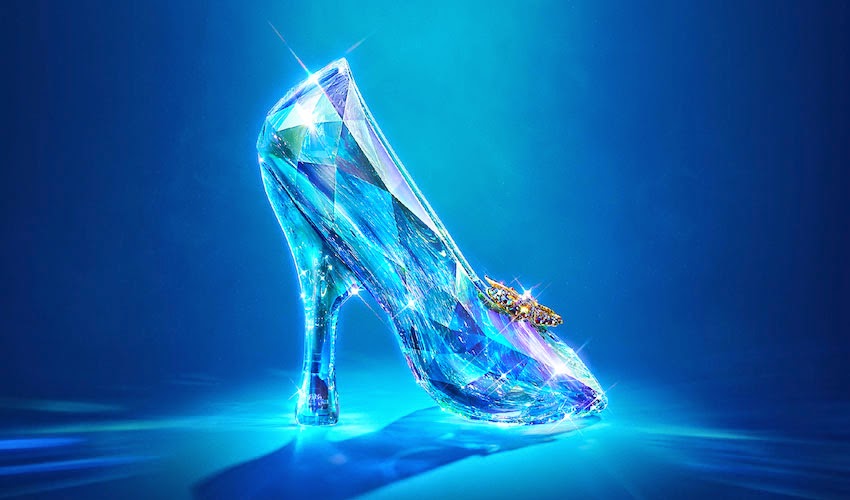 My wife took me on a date last night. She had movie passes for earning points from hall duty at the Jr. High where she teaches. She invited our boy to go with his "friend" as it was Family Night and he came up and asked if we should see Cinderella or Insurgent. I said, "It's a date! You go see Cinderella." I think he'll be fine with some missionary experience coming up.

Both Vanity Fair and I seemed a little surprised at how good it was:

The woods. We never called them anything else. Oh, sometimes we referred to the "sewer factory" (long story) or the frog ponds, and it was a great blessing to grow up where we could go into the woods.

In those days, parents let us wander the woods. Parents are different now. We did let our kids play in the arroyo behind our house in Santa Fe as it was not a dangerous concrete one like in Albuquerque. But I don't think kids play in the woods much on their own anymore.
Read more »
at 11:18 PM No comments: 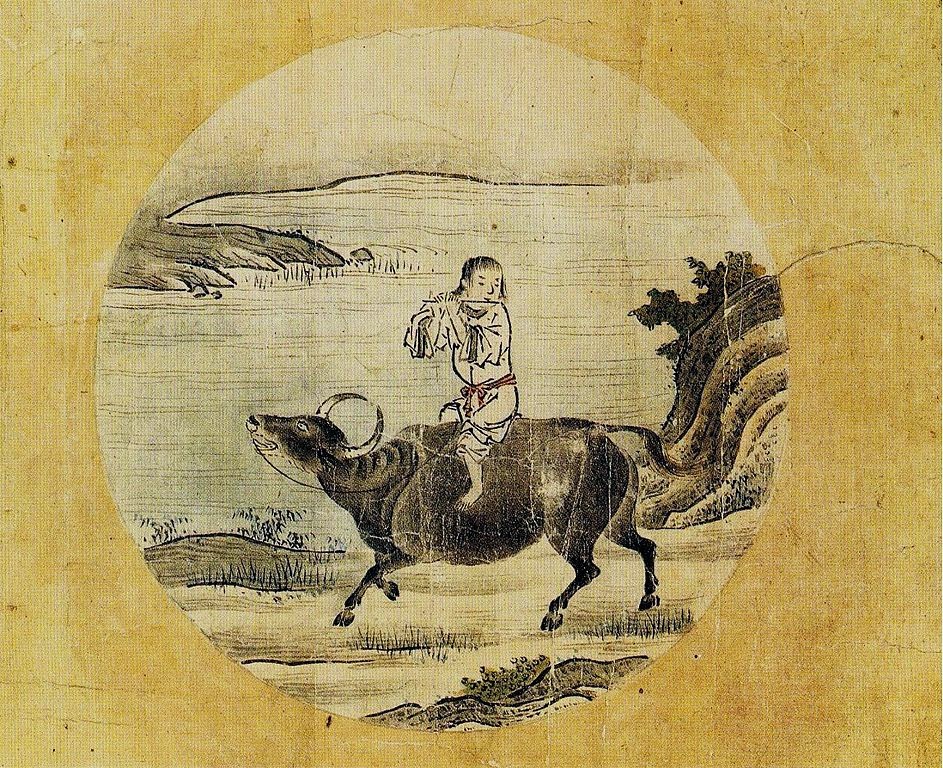 Yes, I am a bit enigmatic and philosophical today. A matching clue is in the title of a Cat Stevens Album cover I used to stare at as I tried to figure out what it meant. That was in caveman days before the internet. 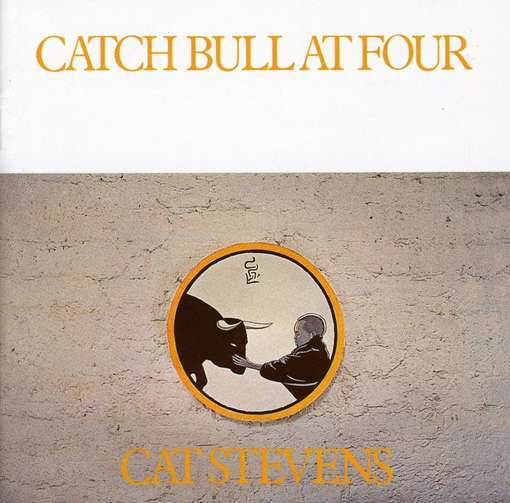 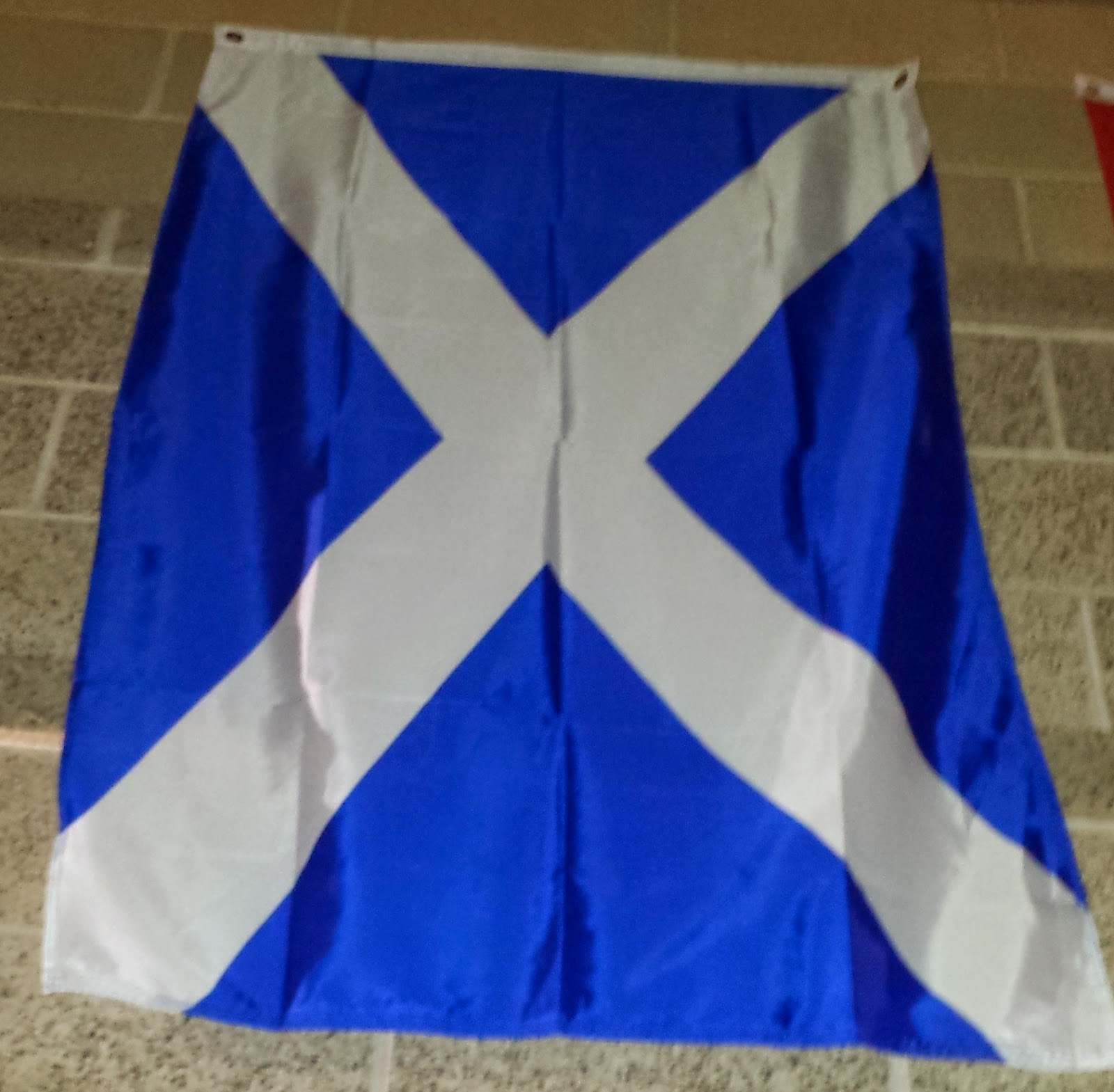 We went with some friends to see the Scottish play last night. The Cedar City Shakespeare Festival had its school-touring group at the Cultural Center in West Valley with an abbreviated version of Macbeth. They didn't seem to have cut out any of the murders or blood. It was a bit odd with an abbreviated cast with some playing several different roles. "Is that Banquo's ghost again? No, he's just a door guard."

Lady Macbeth was played well but by a short, light-haired woman. No one will ever match the one and only Lady Macbeth, my 11th-grade English teacher. Tall, dark, beautiful, and scary. That's the play we studied with her as my friends and I memorized all the lines with swear words in them. "Lay on, MacDuff! And DAMNED be him who first cries, "Hold, enough!"

Too Little Credit Where Much Credit Was Due: Joseph Ridges 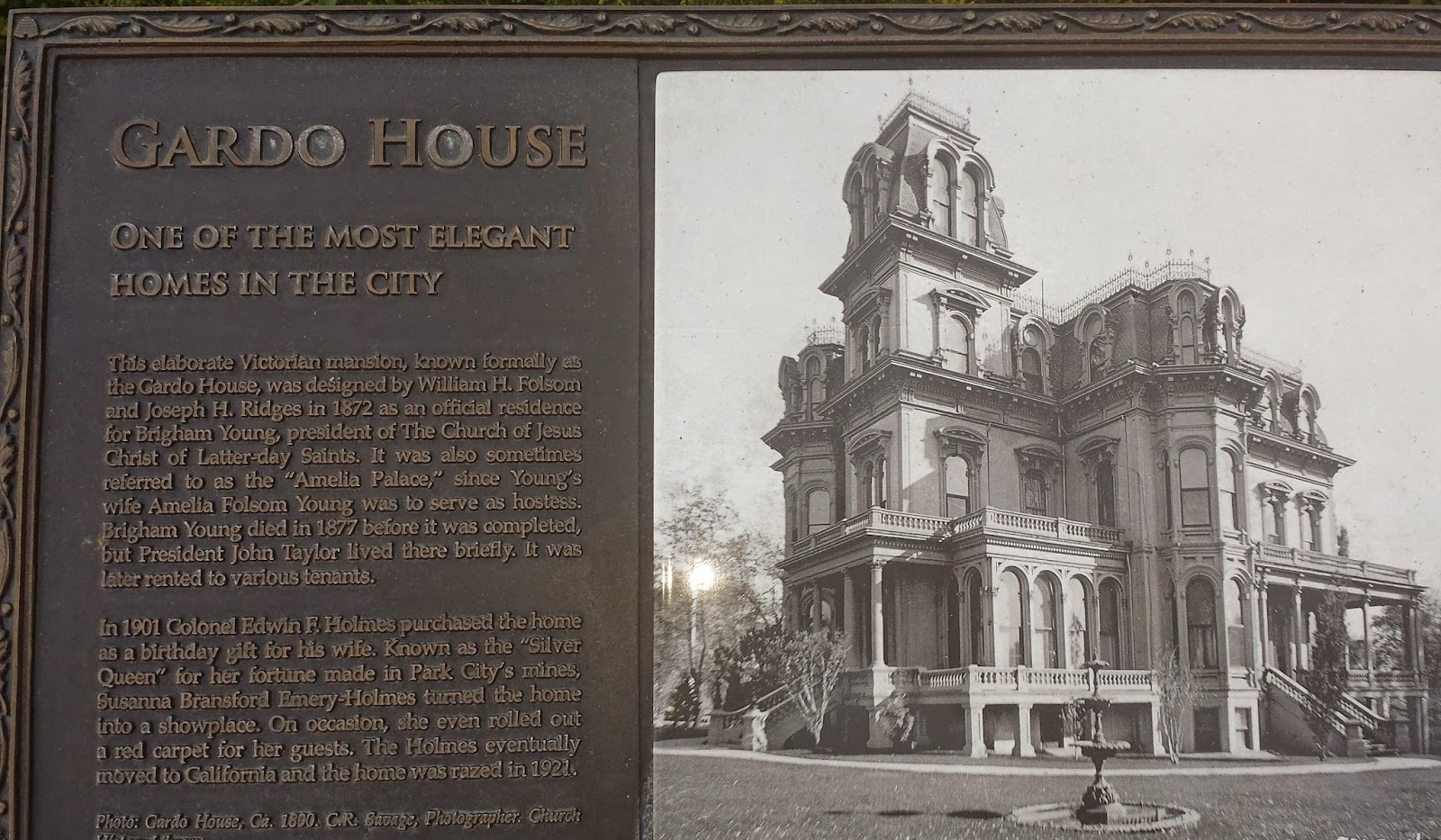 This nice little marker is just outside of my local sandwich shop near the corner of State Street and South Temple, across from Brigham Young's Lion House, Territorial and Church Offices, and the Beehive House. One of the architects is noted as Joseph H. Ridges, my 3rd-Great-Grandfather.

He is better known for building another "structure" or two, principally, the original Tabernacle Organ, now modernized and mostly replaced in all its intricate parts, but still retaining the essential features of Joseph's design. In the Daughters of the Utah Pioneers Museum is a composite photograph reproduced here in a church publication:
Read more »
at 7:41 AM 2 comments: 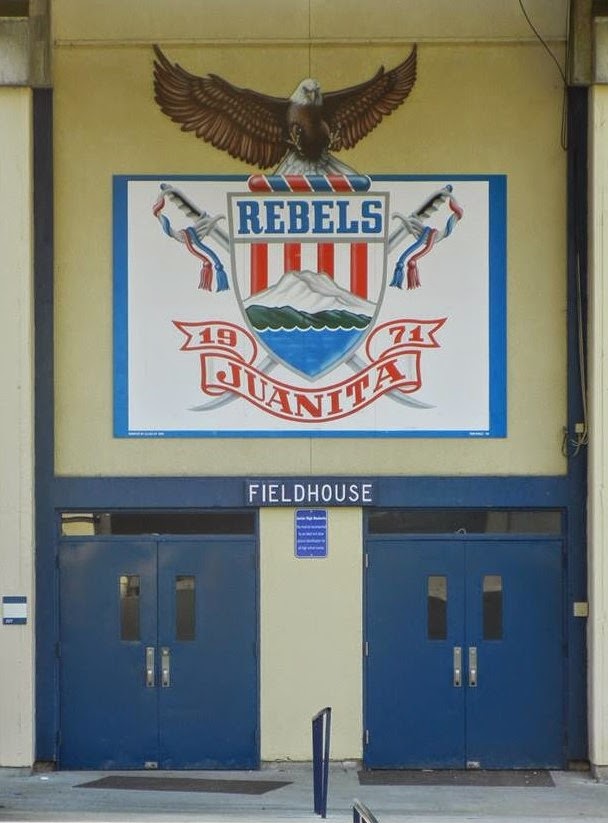 My Mom unintentionally started my grudge with Thomas Wolfe. I never was happy about moving from the Seattle Area. I made some good friends in Wyoming and there are many beautiful places in Wyoming. Rock Springs is not one of them. I once told my Mom that I intended to buy back the house on Finn Hill where I grew up. It was only a pipe-dream and she recognized it as nostalgia for our old home and some resentment in me for the move to Mos Eisely Spaceport, er, Rock Springs.

And I had my troubles at my first high school that I have chronicled here. Yes, I was kind of a dropout. There were the teenage turmoils and Quadrophenic angst going on as well. Maybe I do get Thomas Wolfe's point that if you write fiction based on your family and friends and are honest enough to the point of recognizable characters in your critiques, yeah, you can't go back home.

There is no escaping the location of the Johns's Family ranch on the land that is now Washoe Tribal Land. The Stewart Indian School did not acquire the ranch outright, but rented the ranch well into the 20th Century. A son of Jane Vaughan Lewis Johns, Henry David Johns (1861-1926), lived there through at least 1900. I recently acquired a photograph of his three surviving daughters (one had died as an infant and is buried in Genoa). This is a picture annotated with fading pencil that someone had won a spelling prize. My guess is Edythe because I think she's the one holding flowers with a smile:

Then I noticed the slope of Genoa Peak behind them. Could I have possibly matched the shot when I was taking pictures in front of what appears to be their former home or at least close to the same site?

Whoa! THREE of my Political Heroes all at Once!

And I'm sure the girls are great too! What a way to spend a day in DC!

Senator Clay, the Great Compromiser and hero of Lincoln's, seems to be there by pure chance. And my Dem-Mormon-Blogger Friend, Matt Anselmo, seems to have some familial connections in DC. Matt is the one who invited me to write for MormonDems.com and I've been a little lax lately, politics taking a bit of a back seat to family history and Mo-Dems joining some kind of conglomerate I have yet to spend the time on to figure out.

Senator Flake is a hero because while definitely and solidly conservative, he is smart and wise enough not to join the gang of 47 in their attempts to undermine our President of the United States and provoke a war with the Ayatollahs of Iran.

A Lonely Death in the Philippines - John Samuel Lewis

Son of John Lewis and Jane Vaughan Lewis, born in Llanfoist, Wales in July 1847. Died 11 August 1902, Iloilo, Philippine Islands. Upon finding this information, I mourned for him.

The notebook of Johns Family History has arrived. There is much to digest and sort through. There was a passing comment in the notes of Elsie Fern Johns Schneider (1892-1987) that Jane's son John by her first husband, John Lewis, died in the Philippines.

It wasn't even that hard. Good to know a thing or two about the U.S. Department of the Interior.

This is my 3rd-Great-Grandfather Daniel Wood's patent for about 40 acres of land some miles south of Kirtland, and pretty close to Hiram, Ohio, and the John Johnson Farm just a little to the southwest.

Here's a modified map from BLM's geo-locator to show the location of my family's land:

These ancestors were called to the Ohio before him. The first is mine, the second is from his Mom's side.

Yes, our youngest boy and last child opened his mission call today. Cleveland, Ohio, to report June 10, 2015! Assuming his brother who is to be home from Japan about 3 weeks before this date stays with us this summer (we just signed a rental contract for him for Fall, in Provo, to continue at BYU) my wife and I will be empty-nesters come next August! We will have sent off all six children to do good in the world. But this isn't about us.

The first call for the Saints to gather in this dispensation was:
Read more »
at 10:09 AM 1 comment:

My 31st Anniversary with the Feds

Only today did I realize that my bureaucratically formulated service computation date falls on the same day as Lincoln's Second Inaugural Address! March 4! Lincoln's address was 150 years ago today! Glad to be working for the same government of, by, and for the people. (My actual first day was May 31, 1983).

We've got a long way to go, Mr. Lincoln. The peoples' power of self-government has been vastly eroded by corporate financial power that tends to write its own rules, regulations, and laws. There are many perverse philosophies abroad in the land to tear at the fabric of the Constitution. (Many funded by the corporate financial power). But you know all about that in your tight-rope walk at the most dangerous hour of our Constitutional survival. Your actions weren't perfect, but they accomplished great good in destroying the cancer of America and its Constitution - the right of property to own humans in bondage. Thank heavens that's gone!

That Ol' Clown of Mine

My boy on a church mission in Japan sent me a special request:


Hey, could you send me via email a picture of JP Patches. I want to print it off for a member who loves clowns. It would make her way happy. Could you do that for me? Thanks!

So, of course I did.

Now, I've always tried to convince my family that J.P. is not just a clown. He is a real person with a real personality. People who grew up in Seattle from the late 50s to the 80s understand this. It simply can't be explained or experienced vicariously. You really "had to be there."


And my wife insists that the other one is a guy in a dress. And I say, "NO! That's Gertrude!" Nobody gets this. (Unless they're from Seattle).

The picture went by electronic 0's and 1's to Japan and I just got this response back this evening. (It's already tomorrow, Monday P-day or a sort of missionary day off, in Japan).