My 31st Anniversary with the Feds

Only today did I realize that my bureaucratically formulated service computation date falls on the same day as Lincoln's Second Inaugural Address! March 4! Lincoln's address was 150 years ago today! Glad to be working for the same government of, by, and for the people. (My actual first day was May 31, 1983).

We've got a long way to go, Mr. Lincoln. The peoples' power of self-government has been vastly eroded by corporate financial power that tends to write its own rules, regulations, and laws. There are many perverse philosophies abroad in the land to tear at the fabric of the Constitution. (Many funded by the corporate financial power). But you know all about that in your tight-rope walk at the most dangerous hour of our Constitutional survival. Your actions weren't perfect, but they accomplished great good in destroying the cancer of America and its Constitution - the right of property to own humans in bondage. Thank heavens that's gone!


Now days we worry about corruption in high places, which I've seen on a few occasions like when Deputy Secretary Steven Griles went to jail. (oh, yeah. I'm not letting go of that one.) And we've seen actual conspiracies exposed like the tobacco lobby, by both the Congress (Thank you, Congressman Waxman) and the Courts. I just heard something about all those tobacco spokespersons being hired by Big Oil to sale their snake-oil against global climate change. Where are Congress and the Courts?

Oh yeah, Boehner's know-nothing and do-nothing House just blinked on the President's Immigration Policy not to deport the families of "dreamers" and legal citizens under the Fourteenth Amendment. They backed down and gave the President a clean budget on Homeland Security as well as everything else. That policy is up in the Courts, along with Obamacare, same-sex marriage, and a bunch of other stuff. We'll see if the Courts ever get around to lies against global warming like they did with Big Tobacco. We know Congress won't be solving any problems for the next couple of years at least. Senate Republicans are throwing snowballs in that chamber.

Meanwhile, for my Service Computation anniversary, I get to travel to Phoenix - on Southwest Airlines and stay at Candlewood Suites which has a much cooler name than the reality. I never have figured out those luxury accommodations on fed travel. I'm nearing 60 and have never flown 1st Class in my life!! (Even my wife has done that doing volunteer work for BSA!) I present tomorrow at BLM's National Training Center, teaching federal land managers how to properly follow and reference the law.

I start off with the over-riding theme:

Every BLM action is derived from a legal source and is based on written law authorized by Congress, subsequent court interpretations, and agency regulations and policy

We don't just make stuff up willy-nilly like most of the popular legal and political theories you see on internet memes. (Or in the Utah State legislature - Rep. Ivory, I'm talking to you with your self-established "public lands council" money-gathering and lobbying apparatus.)

While I am so much more cynical than when I started out - initially over-awed by Washington DC and the power and purpose of Government to do good (See here), I still believe in doing good. My intent is as the Constitution's. It's not that hard. Read the Preamble some time: 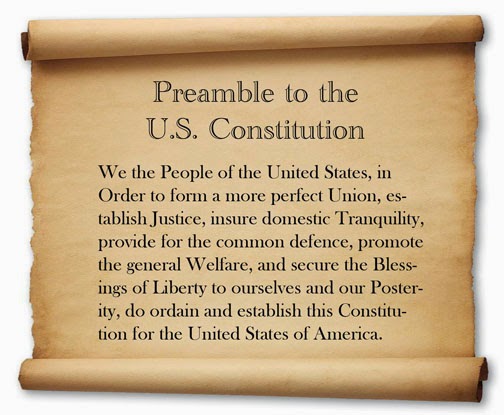