With a very compelling guest post in the SL Trib from Historian Alexandra Karl this morning, I updated my posting here on Glenn Beck's latest disturbing behavior - much more disturbing than even I thought when I was joking about it. And, I was motivated to send the following to Deseret Book:

I freely admit my politics are in the minority within the LDS Church. But Glenn Beck can't possible be in the majority either. I mean, he is not a religious writer - maybe an odd inspirational book now and then - but some of us find the promotion of his books very disturbing (besides the fact that he seems to have resurrected sales in Cleon Skousen "literature"). I've talked to a couple of store managers about this and while I occasionally shop Deseret Book for products I can't get anywhere else, if I can get it elsewhere, I have made that my practice.

But this latest stuff that Beck did with his inordinate obsession with Nazi and KKK memorabilia is over the top. As reported by the SL Tribune and Media Matters at the links below, it sickens me that any of this can be associated with Salt Lake City and Mormonism. He claims that with the exhibit he is trying to promote history and our conquest of Nazism and Racism. But do we really need to see a satin Eva Braun's handkerchief with Hitler's blood on it? Many of the items he displayed are banned by law in European countries. Please, please, give some consideration to this. You did remove Stephanie Meyers from your stores. It seems that Beck would be a lot more offensive to more people than her fiction.


Thank you for your consideration.

http://mediamatters.org/blog/2013/07/11/glenn-becks-moon-made-of-cheese/194834
It's not like people can't go elsewhere to buy Beck. D-Book is not the government, so First Amendment censorship doesn't apply - well, of course the protections apply to what they choose to sell. I do get the idea that they are not a general-interest bookstore. They are a religious bookstore. Yet, D-Books does tend to promote LDS authors who write in various genres.

They do have a Current Affairs/American History section which is small but fairly well balanced with some books just left of center including the President's own writings. I was pleased to see that. I may even have bought my copy of "Dreams from my Father" there. But Beck over tips the balance. I know he sells, but so does Stephanie Meyers.

Maybe somebody ought to start a campaign. . . . Wait a minute! I'm writing a blog here! It doesn't have a very large audience, but if you've read this far and agree with me (and you don't have to) you could send a very polite email to Deseret Book to help out. The address I used was: dbol@deseretbook.com 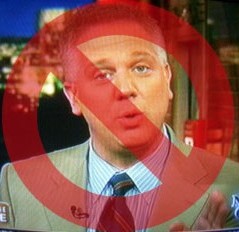 In partial response to some comments below, I offer the following. The American Spirit of the Founders wasn't all that defeated Nazism. The Brits were in it two years before we were. Context is everything.