I experience, therefore, I am.

Only one essay in and I'm already hooked. 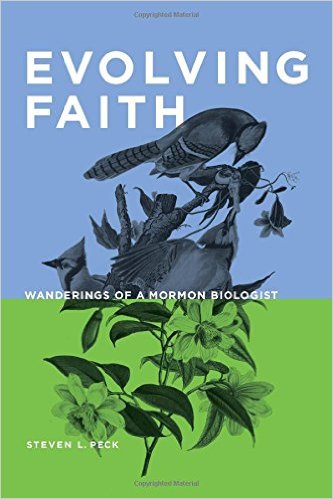 I'm still not enough of an intellectual to understand the Great Thinkers that well. I understand a little. And I've read a bit of Kierkegaard (see here and here). So when I pick up this book by a Mormon intellectual attempting to explain Faith and Science from the perspective of an evolutionary biologist or ecologist, and he starts going all Kierkegaardian on me, yeah, I can relate.

Apologies for borderline apologetics here, but I was cruising the interwebs and came across a very basic and forehead-slapping idea:


When it comes to the Book of Mormon witnesses, the question is which historical documents is one willing to trust? Those whose faith has been deeply shaken sometimes find it easier to trust lesser evidence rather than the best sources or the overwhelming preponderance of the evidence. But that choice is not a foregone conclusion. It is neither inevitable nor irreversible. . . . Why not opt to believe in the direct statements of the witnesses and their demonstrably lifelong commitments to the Book of Mormon? This choice asks us to have faith in the marvelous, the possibility of angels, spiritual eyes, miraculous translation, and gold plates, but it does not require us to discount the historical record or create hypothetical ways to reconcile the compelling Book of Mormon witnesses with our own skepticism.

Of course! Just like the original intent of the U.S. Constitution is set out up front, loud and clear in the Preamble and does not require us to go digging deep into 18th Century word analysis of the Federalist Papers or some off-hand remark made by one of the founding fathers to a drinking buddy at the local tavern, we need look no further than the published testimonies of the witnesses to the Book of Mormon, including Joseph himself, for an explanation of its origins.
Read more »
at 5:00 PM 1 comment:

Culture War Is Over If You Want It

With thanks to John Lennon and Elder Dallin H. Oaks, two unlikely yoked oxen if ever there were, I am so very pleased to have my declaration of Peace in the culture wars validated. It was written in 2009 but reflects many years of thought on the subject.

Elder Oaks gave a surprising endorsement of basic constitutional principles of the separation of Church and State although I still prefer a solid wall rather than his curtain. But I get the point that influences for good should filter from one side to the other. His speech was released by the LDS Newsroom, the official informational source for newsworthy items all approved at the highest levels of LDS Church leadership, under the heading:

I encourage you to read the article and watch or read his entire speech attached.

The Swan of Usk

Just finished a novel based on the life of Cousin Henry Vaughan, Silurist. It's long out of print but I got it fairly inexpensively through Abe Books, a wonderful resource for anything ever in print, especially from Britain. To be entirely proper here, I must cite it as: The Swan of Usk: A Historical Novel, by Helen Ashton (Collins, London 1940).

As I suspected while reading the book, Ashton was a nurse during the Great War and then, as I hadn't suspected, went on to become a medical doctor. This served her well in writing of Cousin Henry as he served as a surgeon/doctor with the King's forces during the English Civil War. He was a Healer and Poet in some contrast to his twin brother Tom, who was a more swashbuckling Cavalier and then an Alchemist in search of the Philosopher's Stone. 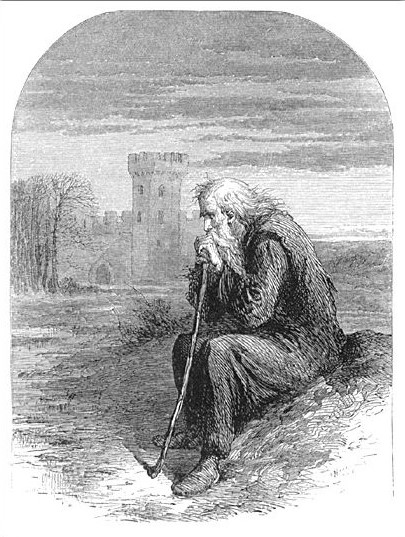 History of the Welsh Language, Part 2

I had to miss my Welsh Class last Thursday, so my perfect Audit grade is blown. But I am still doing my homework. [I put my homework here because it's so much better with pictures]:

Elizabeth Tudor, AKA Elizabeth Rex or Regina I, may have inadvertently saved the Welsh language because she was concerned more about maintaining Protestantism as the official religion than she was about anything else. Queen Mary had been Catholic and that was no fun. Cromwell was yet to appear to show that Protestantism could be no fun. But the important point here is that Elizabeth had the Holy Bible translated into Welsh and used in the Established Church (AKA the Church of England but not known as such in Wales). Once the Bible was in Welsh, there was religious fervor sufficient to branch into many forms of Protestantism over the next few centuries. Then World Wars I and II devastated the faith and hope of Christian Europe including the British Isles along with crass, post-war consumerism, and the Churches are now pretty much empty.
Read more »
at 10:36 AM No comments:

Changing History - She Once Was Lost But Now She's Found!

It's a powerful sensation better than even the timey-whimey, wibbly-wobbly fiction of going back to change the past. And it's not so much changing as correcting or filling-in the past. It is an Amazing Grace!

Having finished the life history of my 4th Great Grandmother, Eleanor Jenkins Vaughan, with all the evidence we have found so far and having a nearly complete outline of her biography, it was time to propose corrections to the wonderful Mormon Pioneer Overland Travel database for her entry. That database has already helped provide some amazing information as we fleshed out Grandma Elinor's story.

The process was quick and simple. I wish I had saved a screen shot of what I submitted, but the page on the LDS Church History website leads one through the process. It asks for documentation so I gave citations to the ordinances performed for her in 1856 and 1857 from Special Collections in the Family History Library. I also referenced the 1860 Census for Jacks Valley, Carson, Utah (soon to be Nevada) and I attached the page from John Needham's journal obtained from the CHL to evidence her baptism. What the keepers of the Overland Travel want are basic life and death data points. And I am quite pleased with the way it came out.

Close Encounters of the Human Kind

As Anonymous D and I were PONDERING the messages from conference, D agreed to share some of his stories of meeting the LDS General Authorities. He was in a unique position having been employed while in college with Church Security guarding the Ogden Temple. That was a very boring job sitting in the booth, except for the occasional instances of the most interesting excitement. Otherwise, he just read a lot of Nibley.

This was back in the days of Ogden's urban decline after the first attempt at urban renewal when the downtown mall failed pretty miserably. Now, Ogden is on quite a solid rebound! (read about that here). Anyway, not all of these are stories from the Ogden Temple.

No live-blogging this conference. Please watch live here on YouTube, or live or recorded on lds.org. here.

I will provide some updates here with commentary.

President Dieter F. Uchtdorf said that three new Apostles would be called and sustained this conference, but apparently not right away.