History of the Welsh Language, Part 2

I had to miss my Welsh Class last Thursday, so my perfect Audit grade is blown. But I am still doing my homework. [I put my homework here because it's so much better with pictures]:

Elizabeth Tudor, AKA Elizabeth Rex or Regina I, may have inadvertently saved the Welsh language because she was concerned more about maintaining Protestantism as the official religion than she was about anything else. Queen Mary had been Catholic and that was no fun. Cromwell was yet to appear to show that Protestantism could be no fun. But the important point here is that Elizabeth had the Holy Bible translated into Welsh and used in the Established Church (AKA the Church of England but not known as such in Wales). Once the Bible was in Welsh, there was religious fervor sufficient to branch into many forms of Protestantism over the next few centuries. Then World Wars I and II devastated the faith and hope of Christian Europe including the British Isles along with crass, post-war consumerism, and the Churches are now pretty much empty.


Bishop William Morgan, the guy Elizabeth I chose for the Bible translation was good. He had a bardic spirit and picked up on the poetry of scripture. The beauty of the biblical Welsh may have surpassed the King James Version in English. The Welsh edition of the LDS Book of Mormon translated by John S. Davis, was serialized culminating in a full publication in 1852. It models the language of the Elizabethan Welsh Bible.

Also in the 19th Century was the important promotion of Welsh by the Cymmrodorion Society started by brothers Richard and Lewis Morris. The whole thing got a little out of hand promoting weird, invented druidic practices but settling down a bit (while maintaining the weird costumes) in the National Eisteddfod, a celebration of Welsh poetry, language, cultural (even if widely made-up in an excess of sentimental Victorian Romanticism).

William Owen Pugh was important for creating the ultimate Welsh Dictionary at the end of the 18th Century to the point of making sure there were plenty of words to match meaning even if he had to invent a few. Fortunately, there is no Welsh version of “ponderize.”

English was forced on little Welsh students in public school, but that never quite killed the language which is enjoying a renaissance in modern times heavily promoted by the Welsh government and BYU. 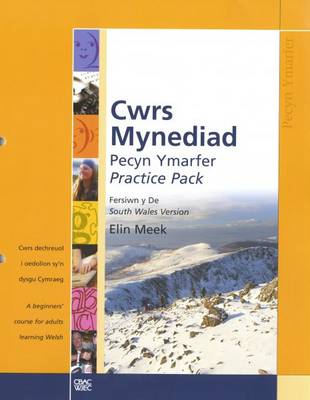