There is no escaping the location of the Johns's Family ranch on the land that is now Washoe Tribal Land. The Stewart Indian School did not acquire the ranch outright, but rented the ranch well into the 20th Century. A son of Jane Vaughan Lewis Johns, Henry David Johns (1861-1926), lived there through at least 1900. I recently acquired a photograph of his three surviving daughters (one had died as an infant and is buried in Genoa). This is a picture annotated with fading pencil that someone had won a spelling prize. My guess is Edythe because I think she's the one holding flowers with a smile:

Then I noticed the slope of Genoa Peak behind them. Could I have possibly matched the shot when I was taking pictures in front of what appears to be their former home or at least close to the same site?


Well, you can judge for yourself. But I think I got it. Mountain slopes don't lie. Well, I mean they do mostly just lie there until there's an earthquake or something. 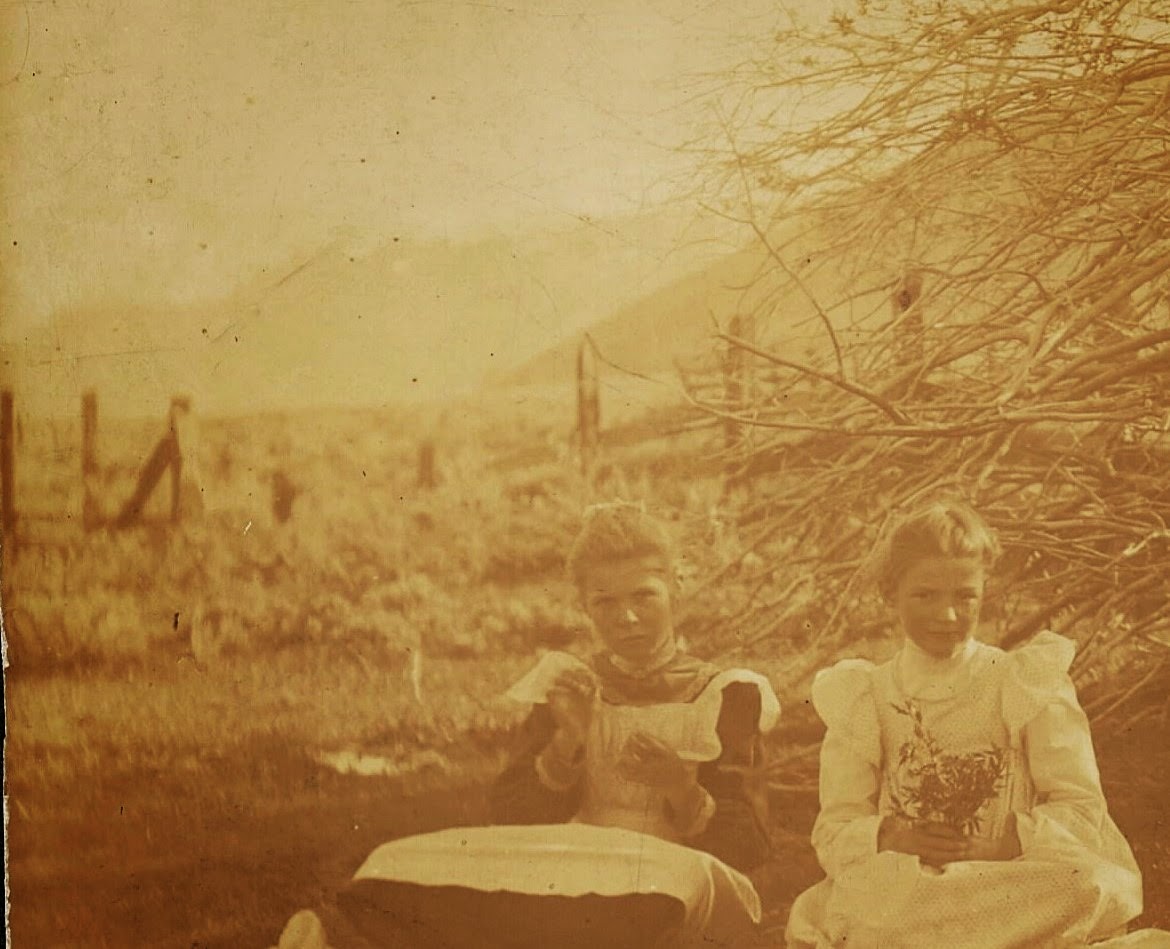 Now, if we can just figure out all the family history notes Fern left for us.
at 11:20 PM