Cold is colder in a humid climate. Oh, yeah. And the wind helps cool it down. And an old house heated by radiators too.

It only got just below freezing and there wasn't much snow except for wet little clumps. The mountains were pure and white.


The excitement of visiting Grandma Elinor's likely baptism site on the Brecon & Monmouthshire Canal motivated me to go out in the cold. I wore my wool socks over some Nike comfort socks.


Up through the town instead of the short-cut under the Heads of the Valleys Carriage Way, I found a wonderful depiction of Llanfoist in 1830! I will compare this with the tithing map of the 1840s and post it on the family blog a little later.

I had no idea it was so industrialized! The tramroads were everywhere and they circled around and back up the mountain on the incline balance with processed limestone from Llanfoist!

Back in 2016, on a beautiful summer's eve with rainbows, my wife and I walked the canal towpath north from Llanfoist wharf. We were amazed to see a place just beyond the bend, out of view of the wharf, that had steps leading down into the canal! What a logical place to perform a baptism. There is a newspaper report of Mormon baptisms at Llanfoist in the canal so we assumed this was a likely spot for Elinor. Oddly, none of our photos of the site came out except for one unnecessarily with me at the steps. I needed one with just the steps into the canal to document the spot properly. So that's where I headed, up through the churchyard past John's grave, now with bright, yellow daffodils, and on up to the towpath at the wharf on the town side. I was greeted by this: 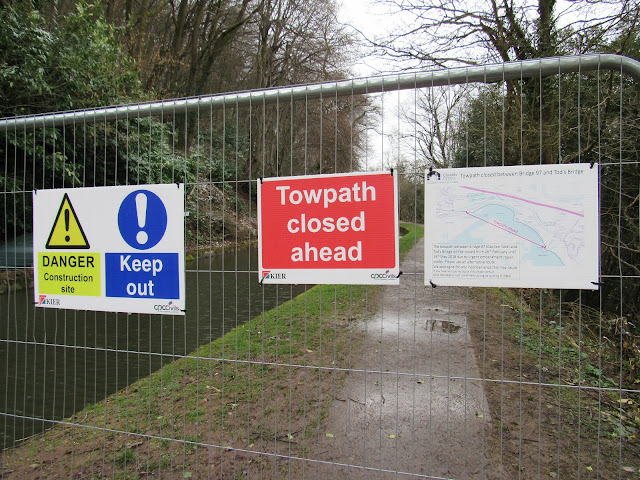 While I am planning more trips to Wales, including this August, I was terribly disappointed! Old man that I am with not much to lose, I would have gone around the fence, but then it said CCTV surveillance and I didn't need Scotland Yard or the Redcoats after me. My wife would kill me if I were arrested.

So I turned and walked the towpath down the other direction.

Some people believe in coincidence, some in fate, some in divine, spritual guidance. Here I was stopped twice from recording the spot. First by bad photography and second, by bad timing and towpath repair.

Down the towpath just around another little bend out of sight of the wharf, steps into the canal: 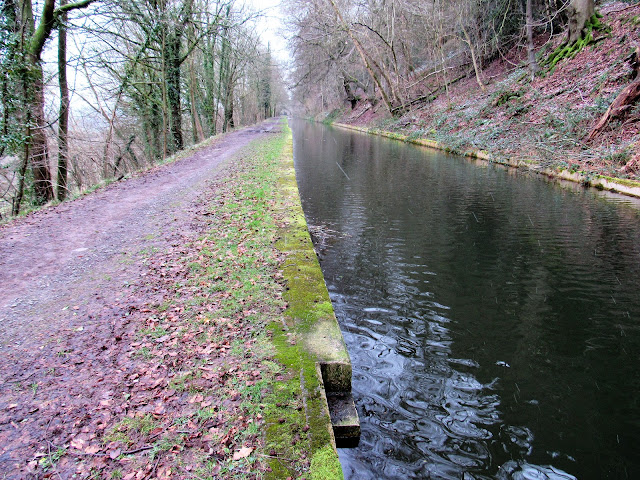 This is the more likely spot. The bank up to the canal is not as steep here. I'm calling it.

Not only am I calling it, but I had to stick my feet in. I was in no desire of full immersion with snow swirling around me. But I thought it would be a kind remembrance in honor of Elinor to dip my feet in the cold water where she took upon herself the name of Christ and membership in the Church on a December evening in 1841 that had to be at least as cold.

Then it was on for more beauty of Wales. 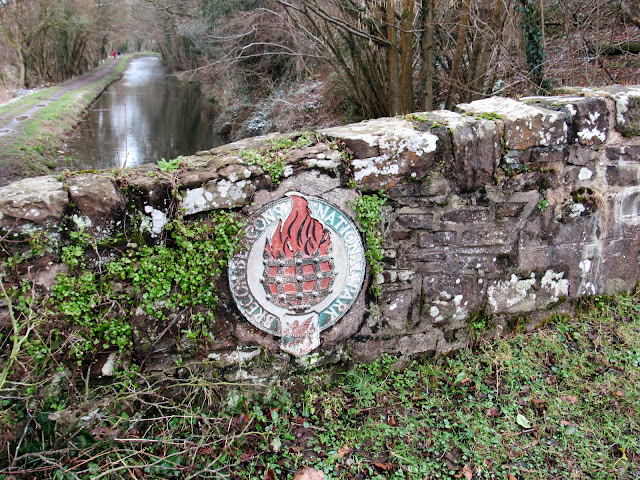 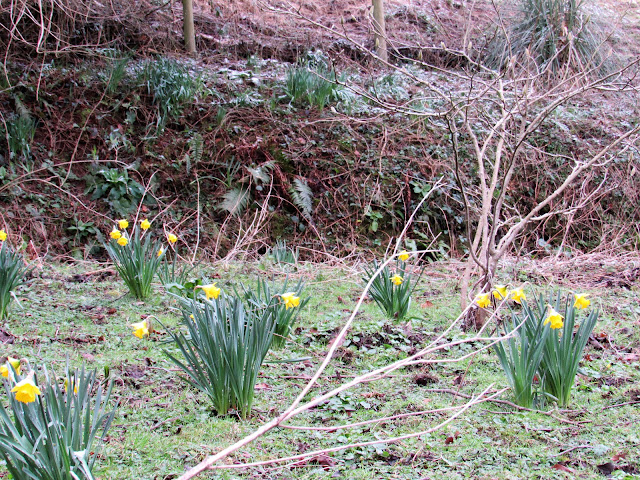 My rental was right on the way back to Abergavenny Town Centre. I rinsed out my socks, washed off my feet with warm water, and changed shoes. Then to Abergavenny on a cold market day!

Lunch was steak, bacon, and cheese pie at the King's Head, the place I featured yesterday. I strolled the streets with the bundled up crowds but not for long. I went to St. Mary's Priory which was very cold and drafty, and I spent some quality time with our ancient Grandmother, the Lady Gwladys.


Then later that evening, the snow turned into a blizzard. 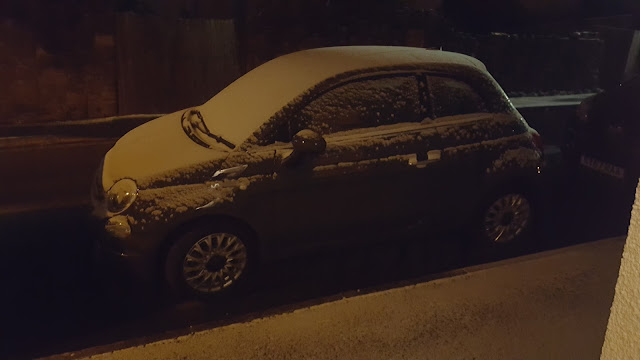 Would I make it to church on Sunday?