Merthyr has a really big Tesco Superstore. Failing the directions of the nice lady on my phone, I made a stop to take pictures of St. Tydfil's old parish church. It's not really as old as St. Tydfil, but it is the current in a series of Christian Churches hopefully built on the site where she was martyred about 1500 years ago, hence "Merthyr Tydfil."

And there's this really cool monument that I had to search to find out that it is a fancy Edwardian fountain commissioned by Lord Merthyr Sir W.T.Lewis in honor of coal barons or something. So I'm glad I didn't drink from it as it was probably frozen anyway. 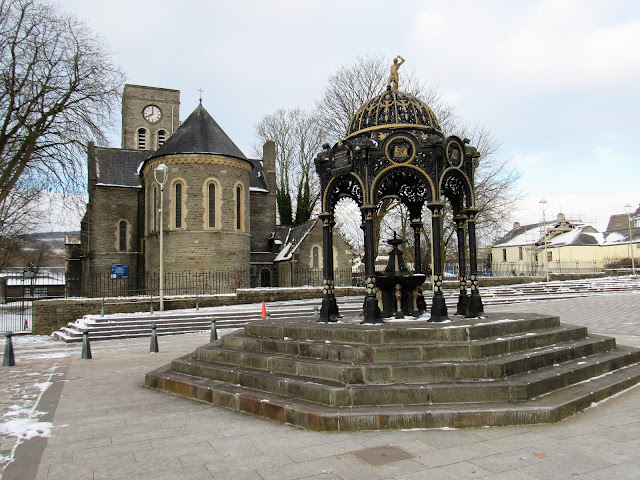 There were a few more chances to get pics of Merthyr on the way out of Tesco's huge, doubledecker car park. The first steam locomotive was invented right here. 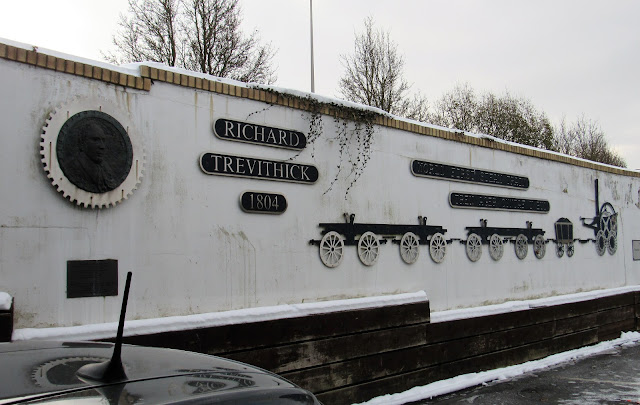 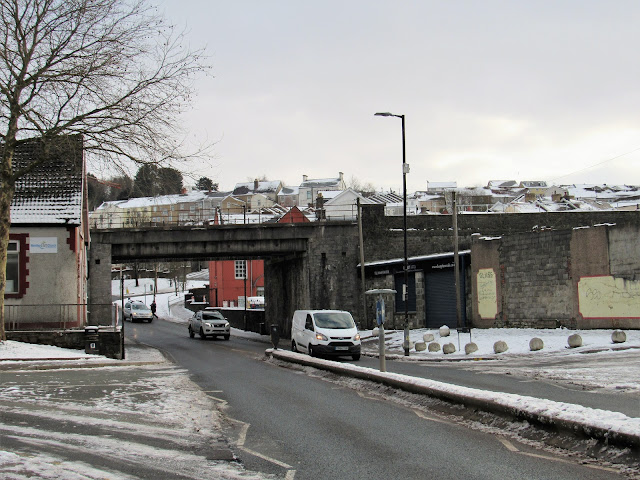 Merthyr was for many years the center of the Welsh industrialized valleys. Those days are long over. I guess it's now a rust belt. It was also the center of the very successful LDS Welsh Mission in the 1840s-70s or so. In those days, Mormons gathered to build a new Zion in America. We're still working on that as we encourage members to strengthen their own stakes of Zion all over the world. Zion in America isn't doing so well.

Trying to perfect the Saints and redeem the Dead in my own way, I made it to Gwent Records Office today. It was good to spend the day rather than just a couple of hours like last time. I played out a couple of dead ends. And it was the assignment from my cousins that got the most traction. I found the Overseers of the Poor book for Tregare Parish that lies back behind Raglan Castle. It went back to 1756, missing a few years here and there, but there were Morgans and Watkinses on nearly every page. So I photographed the whole thing. I did it ten pages at a time just in case the archivists had an issue with it. But I paid my £3.50 photography fee so I was going to get my money's worth. 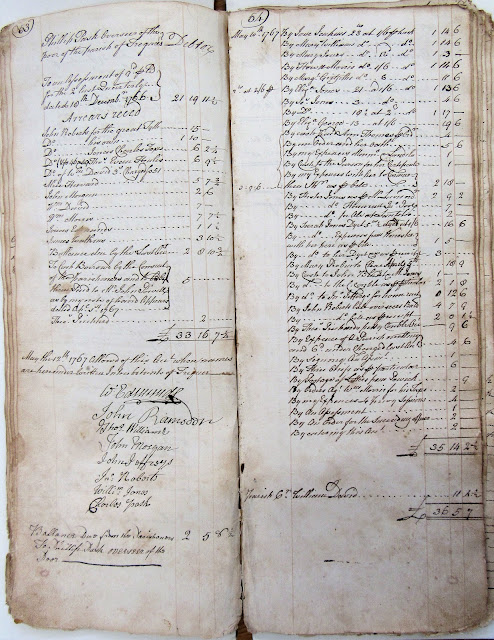 After the Archives, the views from the parking lot were amazing enough.

I googled the nearest grocery in Ebbw Vale and from there headed up the mountains. Then it got crazy. 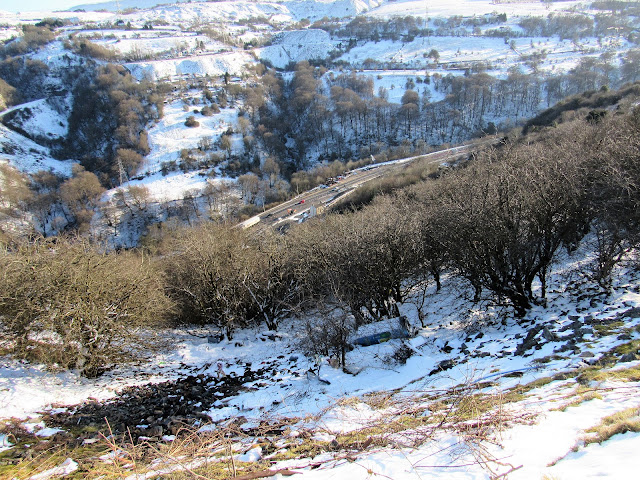 Remember when I said the Heads of the Valleys Highway was still under construction as it went up the Clydach Gorge? Well, there it is! Way down there. We thought our mountainside Welsh farmhouse in 2010 was an adventure. I just topped it.

This was a pull-out on my road. 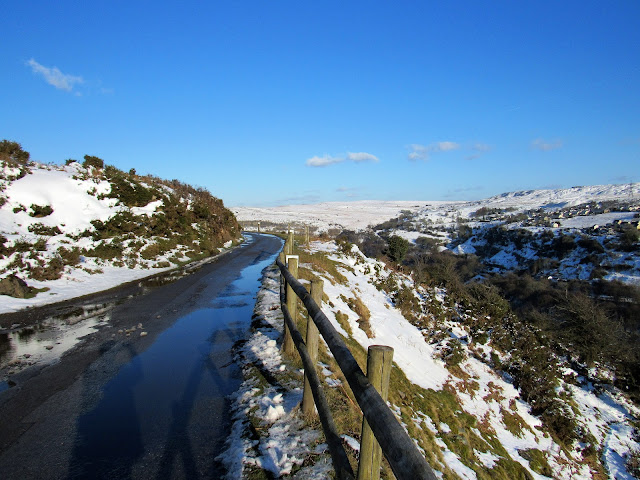 And this was my road. As you can see, we had a good melt today. The farther I went, the more I realized the guy was right. There was NO WAY I would have made it yesterday.

Going slowly enough, I was lucky not to hit the newborn lambs in the road! They apparently survived the blizzard. It shouldn't (we hope) be that cold again. We are getting a thaw this week. 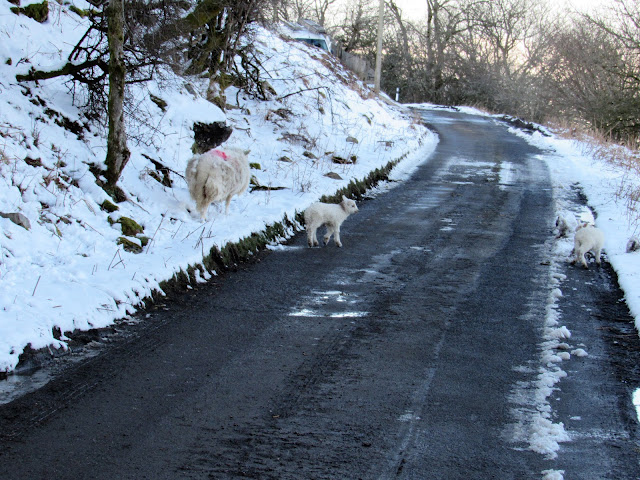 I'm not sure I'm getting out. I was feeling so confident with my mountain driving that I may have overdone it coming down the farm road into this place, plowing as I went down the two track through the drifted snow. 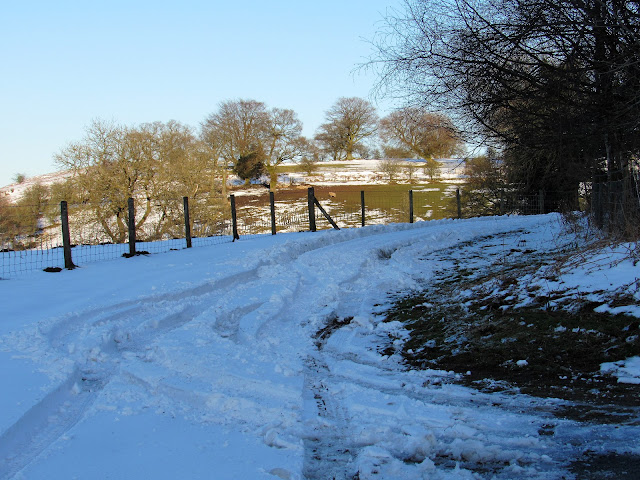 But that's OK. I can wait a couple of days for the thaw. It's a cozy little hostel. Three other guys here. Two from the North of England and one from Korea. I'm having a hard time understanding any of them. And the view is great!

ADDENDUM
Next morning:
To be fair, my American accent is a challenge for the two Englishman and the Korean as well.