The snow wasn't that deep on the road and the Merthyr Road, just down the block was pretty clear. I figured I could make it just fine.

Someday, the Heads of the Valleys divided carriage-way is going to make a very fine road. That day is not yet. The multi-year construction did not lead me on a wild detour like it did in 2016. It was easier to navigate going more slowly in the snow and with very little traffic.

It was also fortunate that I had practiced the route a bit on Google Earth. I hadn't realized until then that it goes up the Clydach Gorge as it enters the Brecon Beacons National Park. All I had to do was follow the extra roundabouts as it guided you on and off the new road and much of it was against oncoming traffic on just half of the new road. I've got the feel for the left side down pretty well. There would be pictures if I could have stopped.

The snow started to blow across the road as we got up to a sign that read, "Pwynt Uchaf," the highest point. I got that right off even if the English translation was below it. And my little Fiat kept on going, no problem at all. Avoiding all the tricky exits and roundabouts, I began to doubt after the first Merthyr exit. We came this way several times in 2016, but things do look different in the snow.

Then I spotted the Cefn-Coed-Y-Cymmer viaduct, an unmistakable landmark, and chuckled to myself. Off the next exit and past the McDonald's to the Merthyr Tydfil Stake Center. And . . . no one was there. The gate was open but someone from Utah must have designed that driveway because little Fiat didn't want to go and started to slide. Not wanting to hit the church gate, I backed off and went around up the hill to wait and see if anyone else showed closer to church time. I was plenty early.

While at Pizza Hut, I got a text from my landlady in Abergavenny saying that because of the storm, I could stay over if I wanted. Too late for that. A few minutes before church was to begin, even if I was thinking they had probably canceled, I headed out again and this time gunning it in second, I made it up the church driveway. 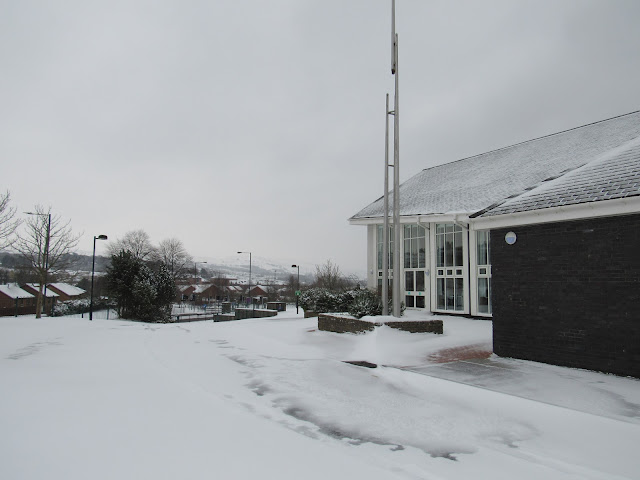 I snoozed a bit in the car park (parking lot). Dieter said that church sleep was holy sleep or something like that. No one came. Then I got a phone call from the hostel lodge where I was to check in that night. The guy said that they couldn't get out with cars and unless I had a four-wheel drive, I wasn't getting in.

Booking.com came through with an inexpensive, last-minute deal just half a mile away in downtown Merthyr.

So I bade farewell to the Stake Center as the storm started to clear. 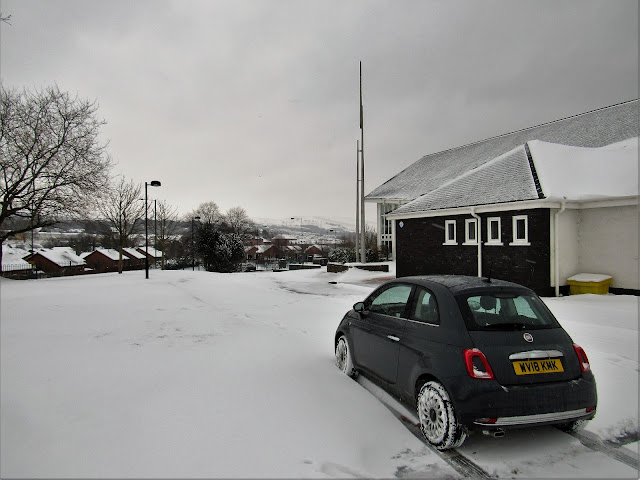 This place would have been really modern when it was built, say 1950. Not much in the way of remodels either. But it had to do. 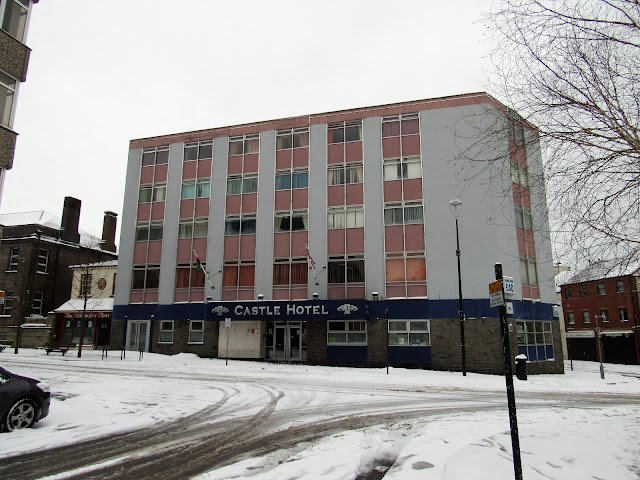 I'd want to wander the town but I'm not sure my feet have recovered from their baptism of yesterday. 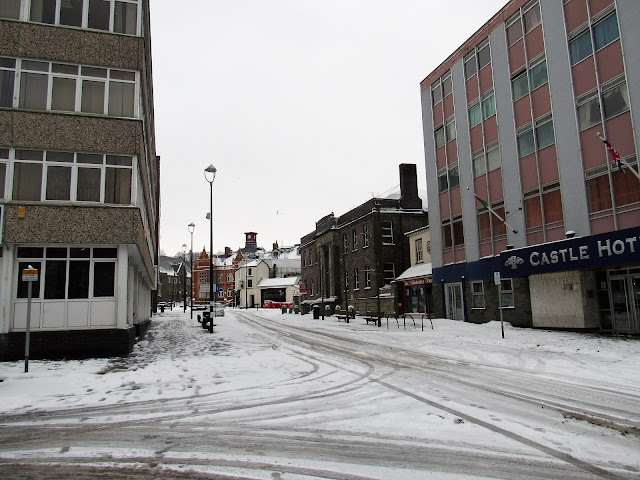 Not wanting to go out, I decided to eat in the restaurant. Little did I know it was Sunday buffet and while it's not all that polite to show your food on the internet, it was tasty and filling traditional Welsh fare. No leeks. But four choices of roast meat beef, turkey, pork, and lamb. I settled on pork and lamb. Not exactly kosher, but well within my Welshness. There were potatoes, cabbage, and, of course, peas. There were little pie cups to fill with thick, brown gravy. It was good and very filling. And all for only £6.95! 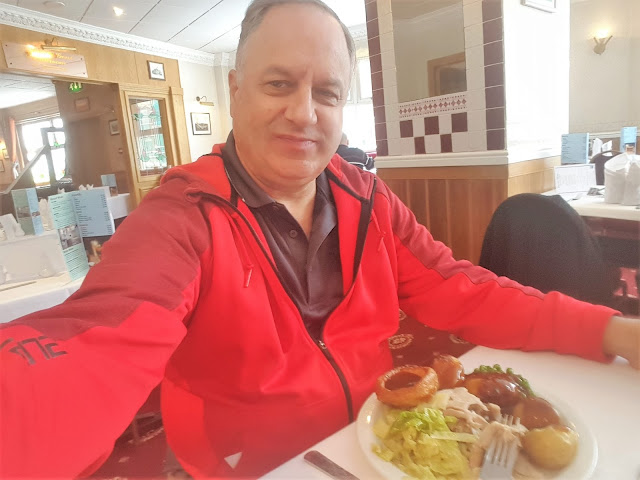 Having missed church, I figure Sabbath Dinner was made for man and I was man enough for the dinner. And I'll use the rest of my time as a day of rest because heaven knows, baby, it's cold outside!

The large window is only single paned. But I did figure out the radiator so I'm toasty. My shoes are all dried out now, too.