St. Fagans National Museum of History is the BEST living history place I have seen. This is the Place in SLC is really good, but St Fagans is free for starters. I had to go because the new main museum building is finished and they have new exhibits. Oh, and I had to buy the best bara brith my wife and I ever found. Initially disappointed that the fancy new entry building with very nice loos did not have any historical artifact exhibits, I was reconverted when I got to the new Iron Age House (well, the Iron Age isn't new). 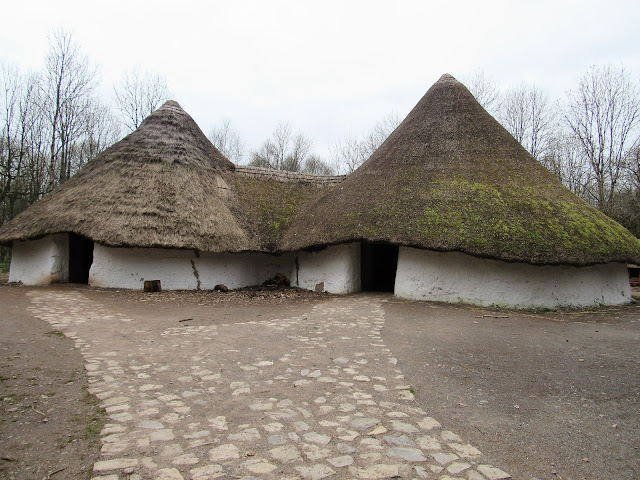 I stepped in and found myself with a school tour consisting of young children. It was both helpful and a little frustrating that a docent was lecturing on the Iron Age with a somewhat Socratic method asking questions to which he wanted a particular answer that became somewhat painful at times with all the raised hands and wrong answers. At one point when he asked what they thought little children like them might have hunted, I whispered, "rabbits . . . rabbits . . . rabbits!" A little girl turned to look at me like I was some kind of idiot just as the docent said, "Of course we all know there were no rabbits in Britain until the Romans brought them."

So I didn't say anything more until all the children left. I did figure out the plaid thing finally. The loom was pretty obvious. 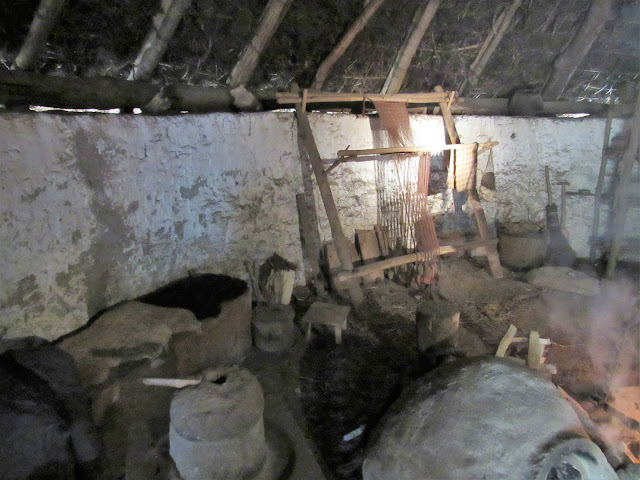 And I learned that Celtic cauldrons hung from the ceiling which gave me a really spooky feeling as I asked the docent (after all the children had left) if that was the kind of cauldron envisioned in the story of Rhiannon and her son (Pryderi)? "You mean in the Mabinogion? Why yes, it would be." Take that, little girl! 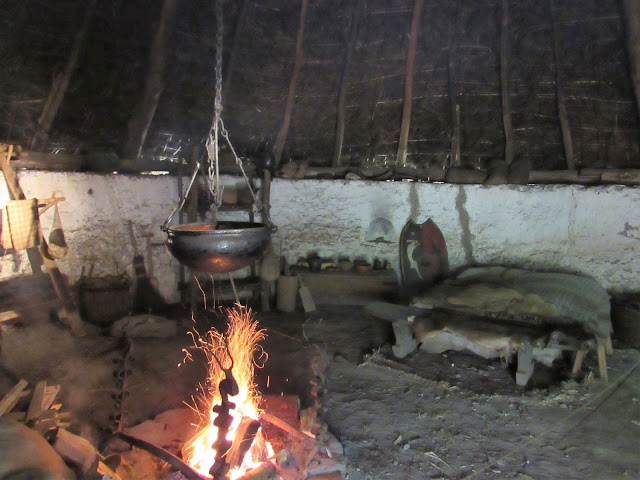 Then I found an exhibit under construction which is to be representation of a medieval court of Llewlyn the Great!

And it will be pretty cool! 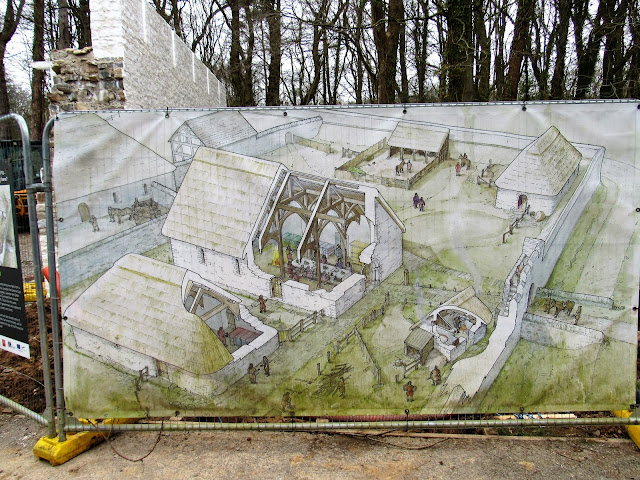 Having already seen the other exhibits and scheduled to return in August, I bought my bara brith and was off to Newport.

I'm really glad I went. Tredegar House of the Morgan Family is one of the grandest great house I've seen outside a palace. 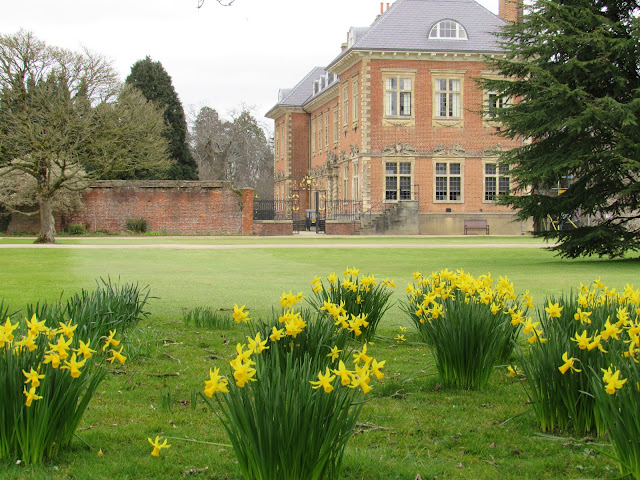 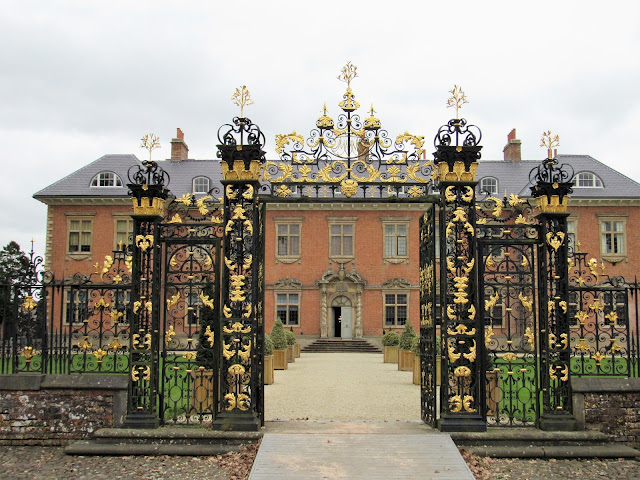 I'm usually not overly impressed with great houses derived from all the exploited riches bearing down on the poor. but then I found I was one of the family. . . .


Excited by my discovery, I told the greeting docent inside and he said, "Really?" and went back outside with me (it was very cold) to look at it. "You learn something new every day," he said. We talked a bit more. (One of the retirement options is to spend a few months over there every year, not on an official mission, but volunteering as a docent for things like this - doing good in the world and all.)


And I did find a genealogy with a lot of our relations on it (at least through the Rices of the Farmington Rices who go to the Morgans of Tredegar. But, hey, the surname's still Vaughn!) 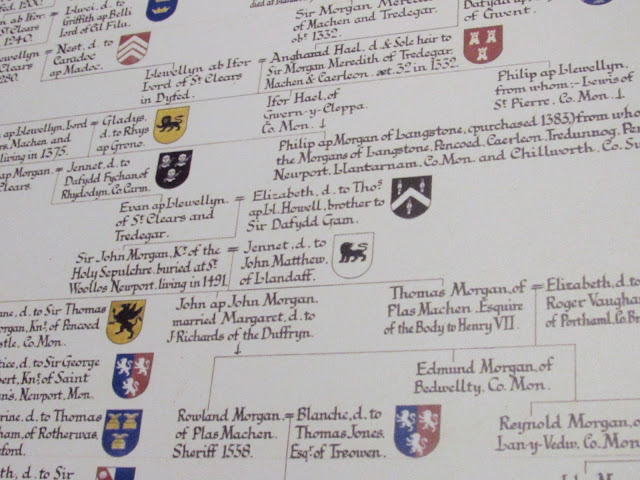 The downstairs was more interesting than the fancy rooms up. They had a kitchen for cooking, 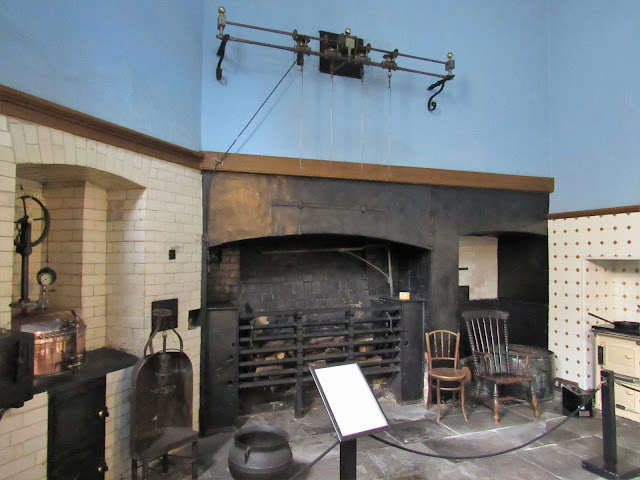 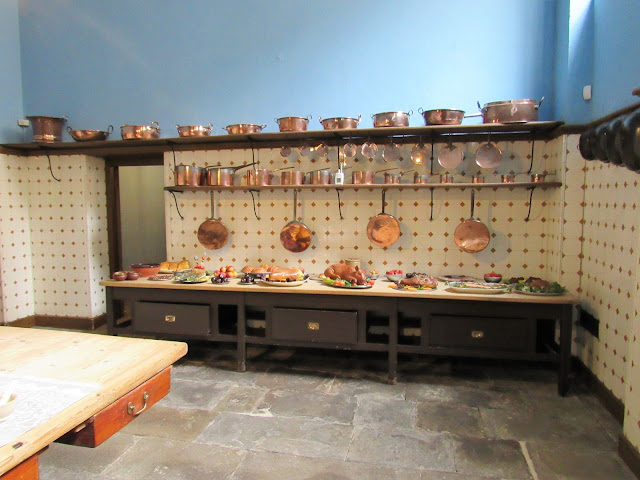 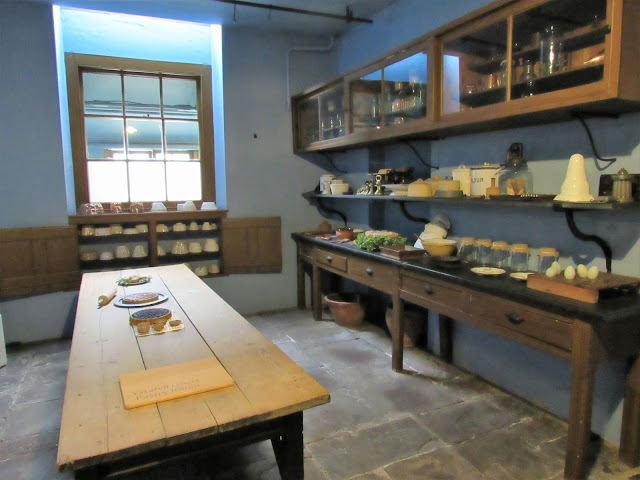 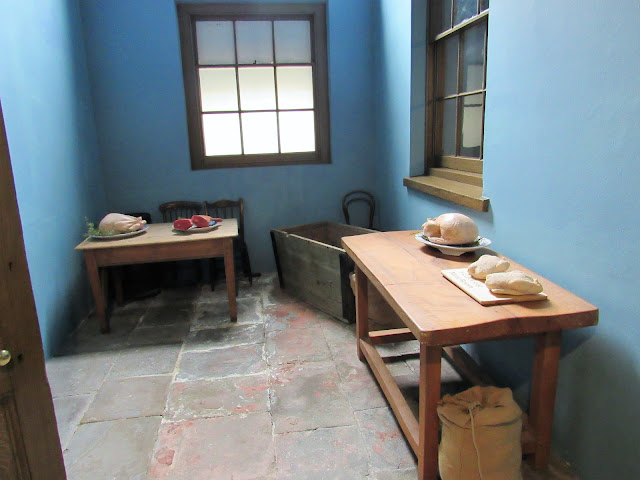 and a whole room just for the scullery maids with a raised step at the sinks so they didn't have to stand in water all day. 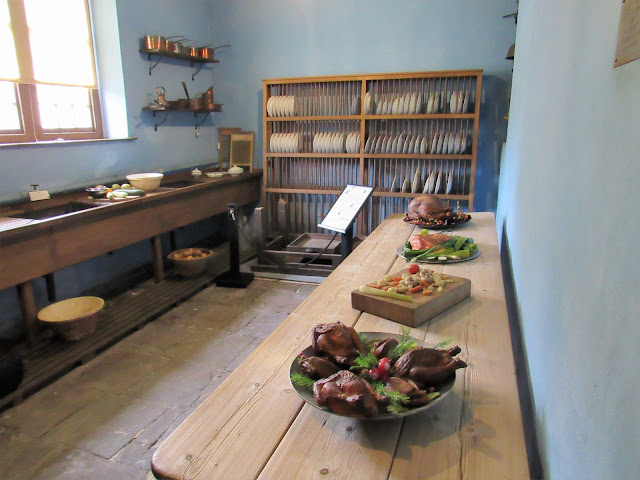 Oh, and I forgot about the Lord Tredegar and his horse that survived the Charge of the Light Brigade in the Crimean War! The horse was almost as famous as Lord Tredegar. His name was Sir Briggs. (The horse's name, not Lord Tredegar's.) 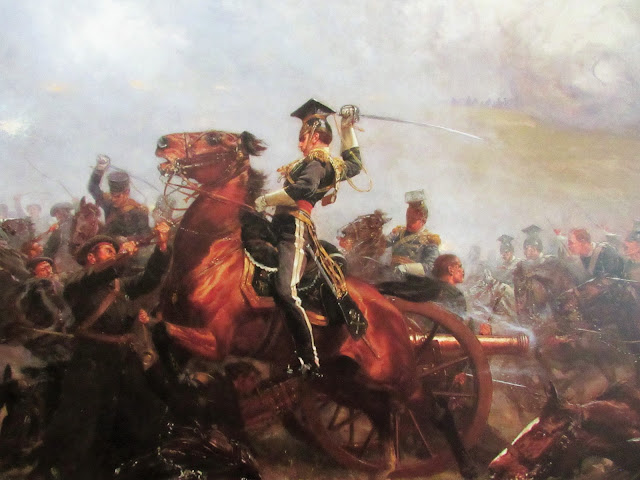 Eventually, I made it to Newport Centre which is downtown Newport not to be confused with the music venue. I went into the library and museum which was a really great one! It made up for no artifacts at St. Fagan's. And it was all my roots from pre-history on! 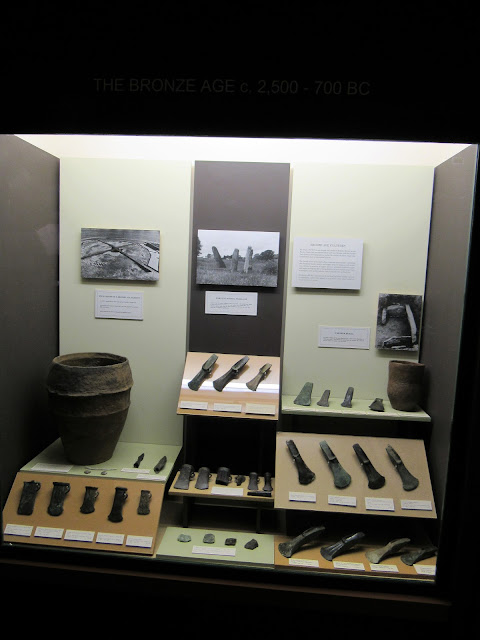 the Megalithic to Iron ages, 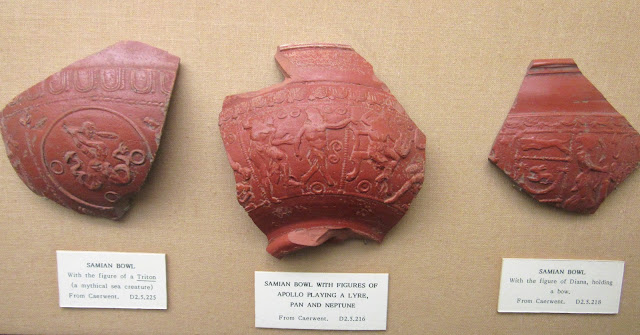 And on down through history including the Newport Rising (which is what I had come for, not to rise, but to honor.) 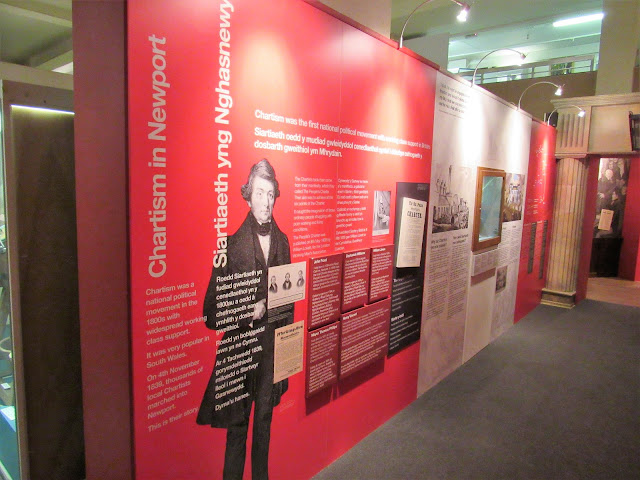 As I went out, I ask the librarians where the original Westgate Hotel had been (the scene of the massacre.) The librarians had some trouble explaining finally coming up with "two doors up from Starbucks." Right. Having grown up in Seattle that was weirdly fitting. The problem was, Starbucks had closed. I did find it. The new Westgate now also closed and become a Pound store, no less. 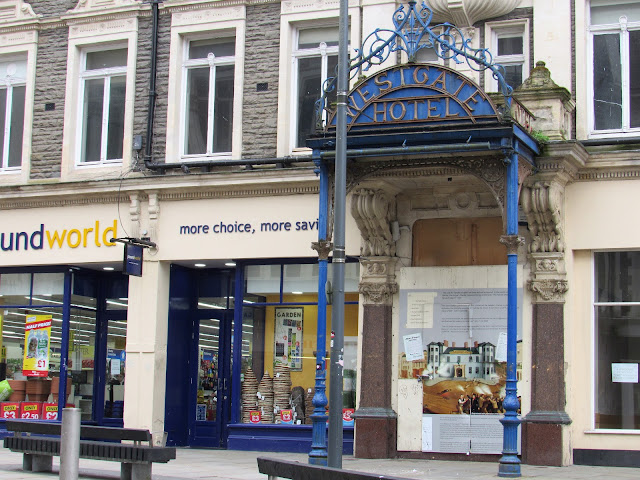 Then I ran into some interesting characters.

I just had to cross the unique pedestrian bridge over the Usk with the tide out. 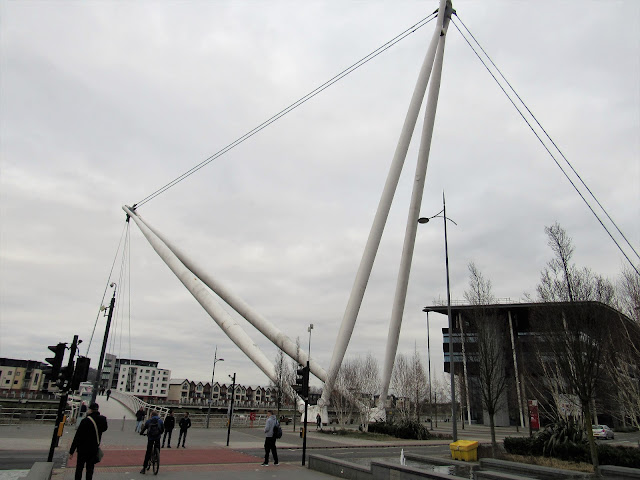 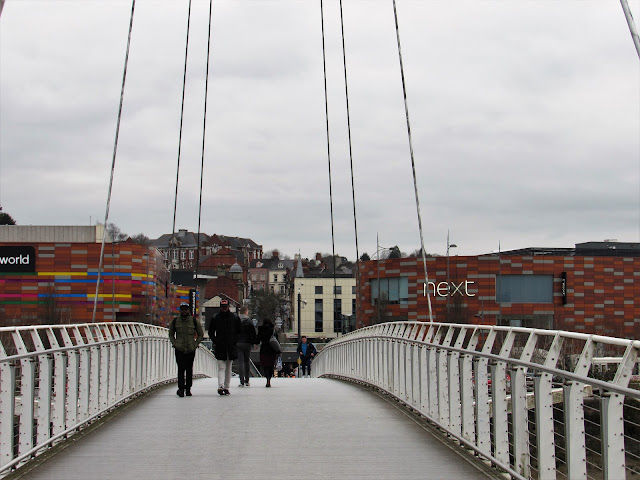 I drove all the way back to the bunkhouse without hitting a single rabbit.