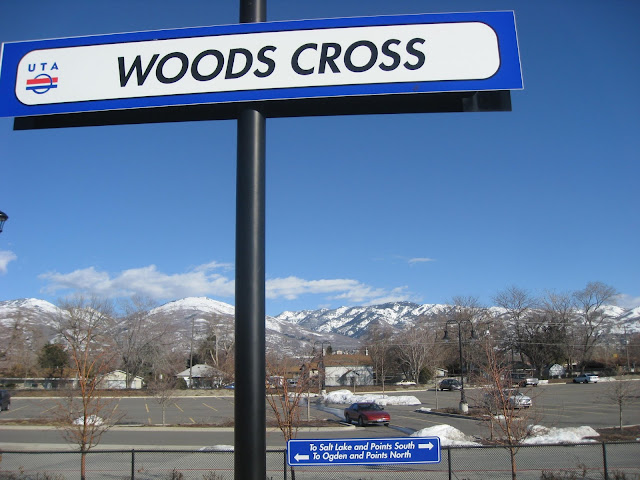 My BYU boy came up from Provo on the Frontrunner Train. It's been going between Ogden and Salt Lake for a few years and they just extended service to Provo a few months back. I met him at the closest stop, Woods Cross, where old becomes new. 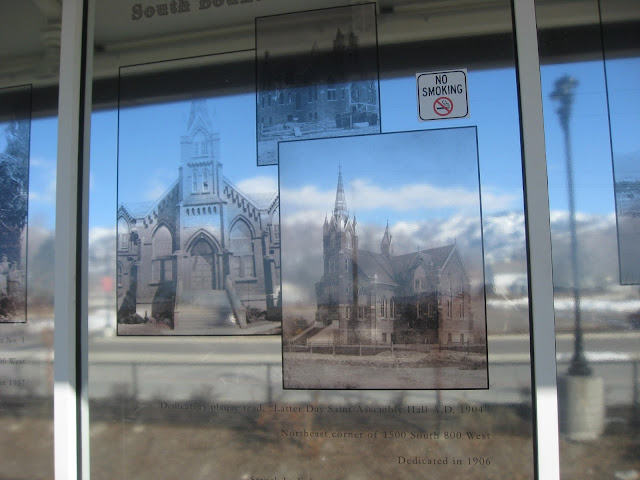 There are these great historical displays of old structures from Woods Cross (aka South Bountiful, North Salt Lake or West Bountiful). In this one above, the ghost of the old South Bountiful Meeting House eerily appears with the mountains behind. 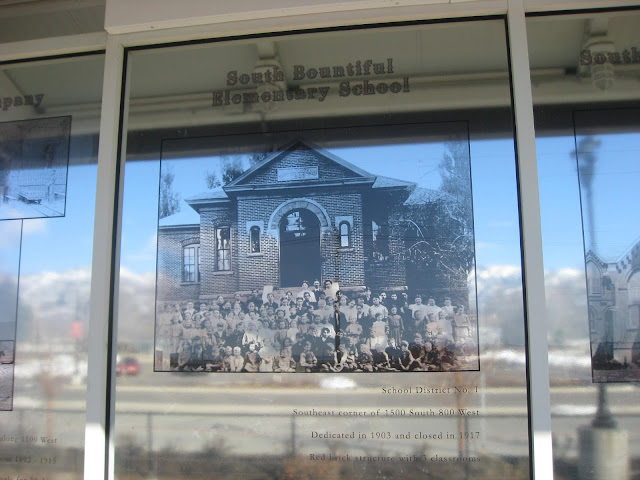 And in this next one, there are probably a few relatives of mine. I need to find this picture at the Bountiful History Museum and see if they are ID'd. My 2nd Great Grandmother, Adelaide Ridges Wood (1857-1927), is honored as the first public school teacher in Davis County with a modern elementary school named for her "Adelaide Elementary." Her father built the Tabernacle Organ and her father-in-law was Daniel Wood - so it was nice to get some credit in her own name. At least one of her daughters, Addie May's sister, taught school as as well and may even be in this picture.

The thing is, Woods Cross is named for my 3rd Great Grandfather, Daniel Wood (1800-1892). He settled South Davis County in 1848. The first home was up by the Heber C. Kimball Mill just south of where Bountiful High is now. Then Daniel moved to flatter land down in the valley establishing a farm between what is now 800 West (Onion St.) and 500 West north of 500 South by Bountiful coordinates. It is now covered by I-15, shopping malls, and a portion of an oil refinery. This all started when Daniel let the Railroad build through his west pasture. There is the apocryphal version about him being on a mission when this happened and coming home the conductor called out "Woods Cross!" And his alleged response was, "Yes, and damn cross too!" (Family stories never die especially when they have swearing in them.) 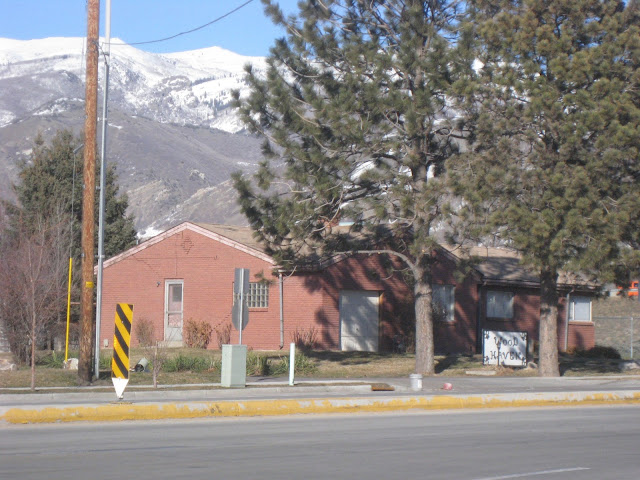 This brick home was built on the site of Daniel's original adobe home that did not survive the ages so well. It is on 500 South and, well, I-15, northwest corner. The original Woods Cross Station, with no remnant left, was on the north side of 500 South near 800 West, on the east, or mountain side of the tracks. You can see the 500 South crossing where the upright gates and the gray SUV are. Until just a few years ago, the intersection of 500 South and 800 West with the tracks running right through were a nightmare to navigate. 800 West is now realigned for Frontrunner access which makes the whole thing a bit smoother. 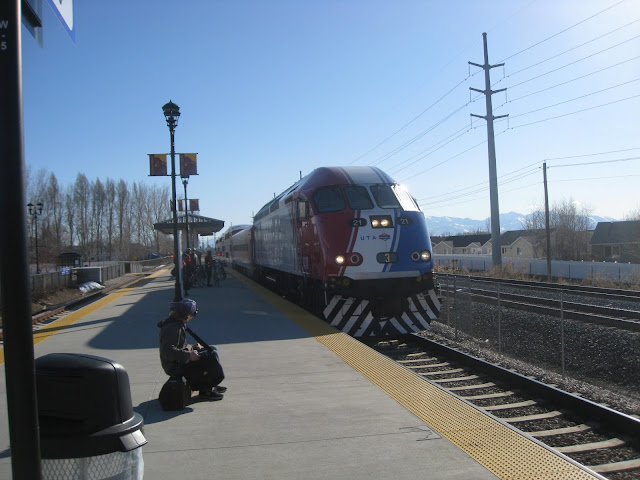 Here comes the train. Note the cyclists waiting. They may have biked down from Ogden out by the lake or on Legacy and are now taking the easy way home. 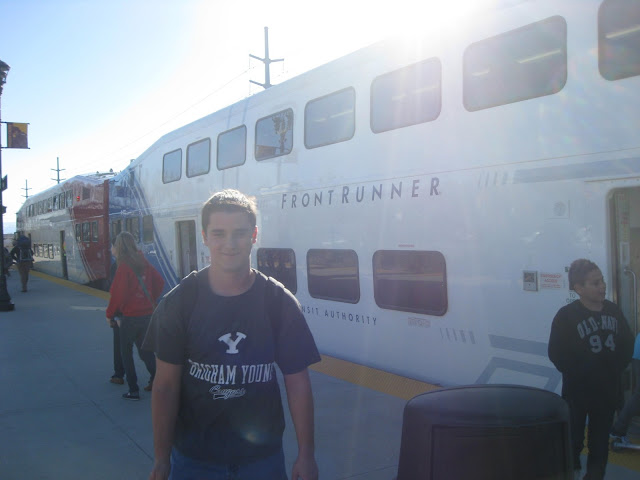 And my son arrives with a flash of the western sun. He told me how much he enjoyed the smooth train ride and the efficiency of the system (as he then told me he had learned to say, "Where's the bathroom" in Japanese which I'm sure will come in very handy on his mission). I still remember the old days when we used passenger trains. This is a great new addition to the valley for getting our Provo kids back and forth. (Don't tell anybody "stimulus money")

I'm just the type with a fanciful mind to wonder if Daniel Wood and Heber C. sometime would have looked out over the valley from up there at the mill and talked about the future of their descendants and the promise of this valley. My boy has claim to that as well as to both of them and they to him.
at 6:05 PM