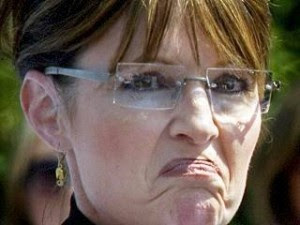 Stating the obvious, no matter how furiously the right-wingers spin their failure to destroy Obamacare in the Supreme Court, this is politically good for the President and the Dems and bad for the tea party and the Republicans. Had Obamacare gone down, at least this supporter of the President would have been severely demoralized. And I was not looking forward to an election based on a war against the Supreme Court. I guess the Right is free to go ahead if they want.

This election is still mostly about the economy and jobs. The recovery is slowly chugging along. Republican Governors hoping to be reelected are touting the recovery in their own states (two-edged sword, guys.) We just had another big jump on Wall Street because Germany got European finances sort of straightened out, again.


Yet, the cultural wars are heating up. They are eventually a no-win for the Republicans. And they won't leave health care reform alone - as they fail to do absolutely anything about it. The yelling and anti-Obama rhetoric will heat up again. The base of the base on the right will get more excited as will some in the deepest parts of the President's base. But for the most part, the middle and the moderates are tired of this fight and would like to see the country move on past the silly rhetorical flourishes.

The tea party had it's chance. They elected a Republican majority in the House of Representatives in 2010 which has accomplished . . . . (crickets, chime in here). And the party nominated for President the Republican Governor whose greatest accomplishment was Romneycare - individual mandate and all. Keep screaming all you want, the rest of the country is moving on.

We can sum it all up with Sarah Palin's attempt to salvage something from the Supreme Court. In upholding Obamacare on the taxing power under the Constitution, some spinners gleefully shout, "It's a tax!!" Well, only if you don't get insurance do you suffer a tax penalty. In Sarah's words, "The President lied and Freedom died." So, if I find I still have "freedom," maybe it's not the President who is lying?


My friendly words of advice to Governor Romney- no matter which way you turn on this, "It's a TRAP!"

____________________
(PMM is going off the grid again to attend to some Scout duties. And I'm taking the health care decision with me. There will be some pretty tough adults staying in our house, so don't get any ideas. They can dial a mean 911. And Centerville Police are some of the nation's finest. No, really. And they don't have a lot to do so they respond quickly.)
at 7:58 AM