One More Turned from the Dark Side 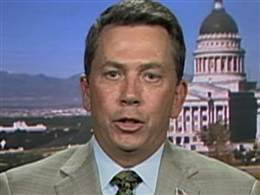 It's good to give credit where credit is due. KSL reported today that former Utah State Representative, Stephen Sandstrom, has had a "change of heart" with regard to the anti-immigrant law he sponsored and based on the Arizona law now essentially struck down by the U.S. Supreme Court.

This is further evidence that the tea party is over. Once you calm down and stop being angry, you might actually find that there are real human beings on the other side of an argument guilty of no more than maybe a misdemeanor. I mean, if everyone who had ever committed a crime, say for traffic violations, were rounded up and expelled from the country or locked away from all the perfect citizens, there wouldn't be many left. Utah drivers alone would, well, I think you get the point.

Maybe someday more will realize that people who need health insurance are actually human too.