This has to be in the top 100 days of my life. North Wales did not disappoint. We drove up and around fulfilling the unfortunate explanation we heard from more than one of  the Cymry, "If you want to get anywhere in Wales, you have to go out to England and back in." There is no north-south M-highway in Wales. That doesn't mean if I had my way, we wouldn't wander the valleys, mountains, and seashore. But then, it would have been hard to fit all this in one day.

While Caernarvon was established by Edward I to put down the Welsh, today it is thoroughly Welsh.

You just can't beat this. (At least not until the next day.)

Then it was off to climb Yr Wyddfa, Mt. Snowdon. They said it wasn't as bad as climbing Timp (Mount Timpanogos above BYU in Utah) but it wasn't good either. I mean, it's a great adventure. I am suspicious that Tolkien's endless stone steps up Cirith Ungol were inspired by a climb up Mt. Snowdon. 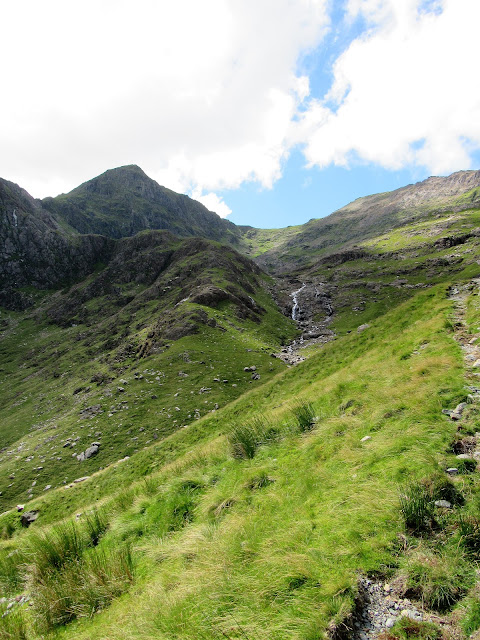 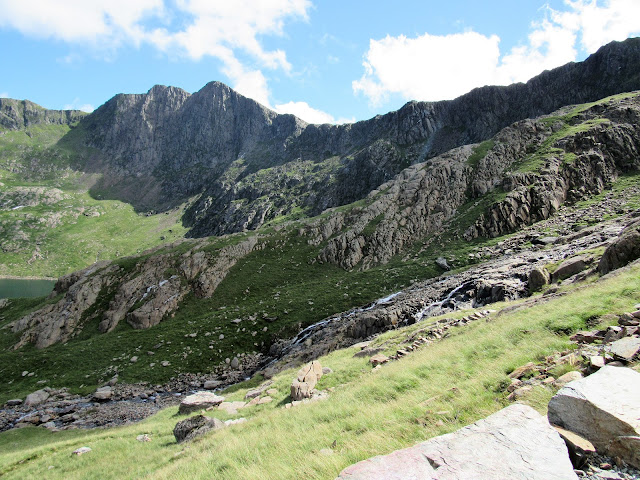 One of my moments of glory was when I said, "Look! It's Ireland!"

Some Brit up there said, "You can't see Ireland from here! That's Liverpool!"

Even as a Yank, I know my West from my East. My wife checked the directional circle on the summit stone and said, "Yes, that's Ireland."

On the way down, we looked back at the peak we had conquered.

Then we went to a place that can only be described as the Land of Faerie.

And we came to Llewellyn the Great's Castle, Dolbardan!

My wife and I had been reading about Prince Llewellyn and Lady Joan of England, daughter of King John. And, oh yes, all ancestors of mine!