The last day of tour was a whirlwind! We went back into England, but as we visited ancient megalithic sites, pre-saxon, pre-roman, likely even pre-celt, it was cool.

First we had to visit another grand estate. Stourhead was interesting, though, because of its grand gardens that have been used for filming many a movie including the Pride and Prejudice with Keira Knightley and some dude.


My wife and I had been to Stonehenge in 2010. It is now much improved with the parking moved some distance away with a bus shuttle.

At least one of the roads has been closed and restored so you can no longer peer through the chain link fence at the heel stone.

And the big news is that I have solved the mystery of Stonehenge! I was using my camera zoom to try and see axe-heads carved in the stones and I found the signature of the guy who built the thing! He carved his name right on it!

And amazingly, I solve the mystery of how the stones were transported! It was on the back of giant snakes that usually carried big pumpkins!

You can see the pumpkin snake here for perspective.

They now have exhibits and a better museum at the new parking area.

There is a lot more information from recent archaeology indicating that Stonehenge may have been part of a processional complex over many miles to feast at midwinter, carry the ashes of the dead to the river, and arrive in procession at Stonehenge for the Winter Solstice, the dawning of a new year when the sun turns back towards us. Probably more likely than the pumpkin snake, but still . . . 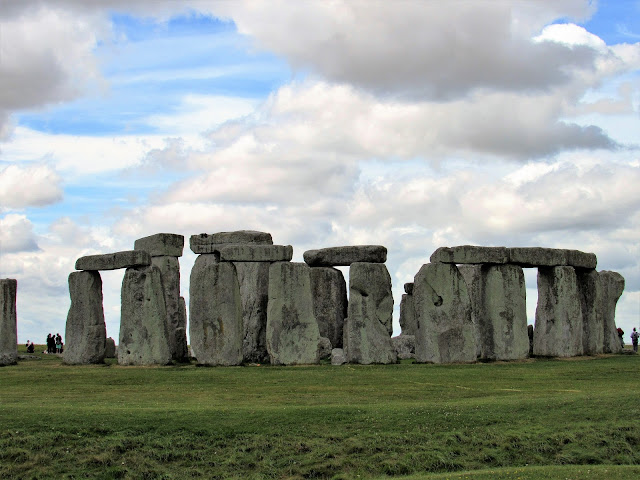 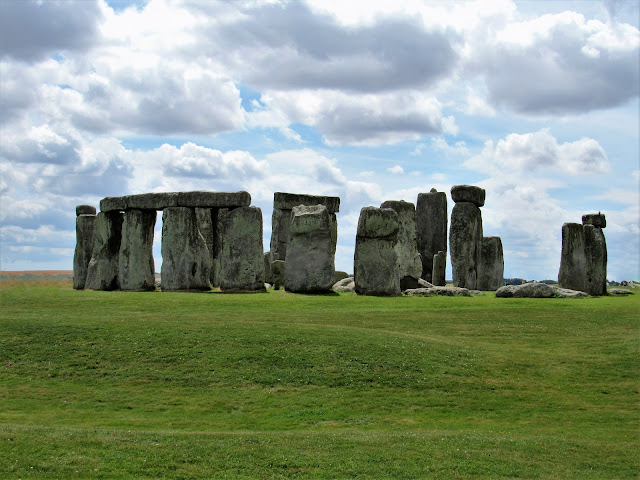 Then we made a quick stop in Winchester.

Then another quick stop at Avebury. Bigger rocks than Stonehenge, but not as uniformly trimmed. Very weird neighboring sites.