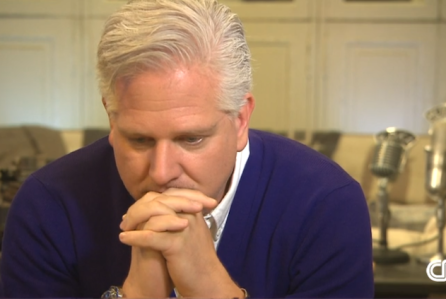 Both Anonymous D and the blogger, Chris Henrichsen, have noticed. Read Henrichsen's piece here. D has this weird fascination with Beck and actually listens to him sometimes.


I have no doubt that Beck is having a faith crisis. He's been even stranger than usual of late. He has come to think of himself as something of a Prophet, making predictions in the same line as Pat Robertson used to. Beck is interesting in the aspect that you can watch an addled mind work. I don't say that in the sense that I'm name calling, he has some real problems that he needs to deal with. As with all really intense ideological movements (think modern polygamy groups) they run around excommunicating one another for some pretended doctrinal or procedural lapse. Glenn is doing the same thing on Congressman Chris Stewart and even Mitt Romney who he was bad-mouthing on his program earlier today. Really crazy stuff. Still the true Beck believers never seem to be troubled for all of his failed prophecies and utter craziness.

Glenn is also interesting because of his fascination with childish things. His "Man in the Moon" show was so puerile that I wondered, as I watched part of it, if it wasn't written for a three year old. The whole right-wing movement is actually infatuated with all things childish and they are all fond of quoting some fairy tale as an explanation of their philosophy, Beck seems to have this affliction to a particularly high degree. His sense of victim-hood, also a right-wing staple, is nearly without match.

I agree with D that Beck seems more like a televangelist lately than whatever he was before.

There are two theories I've come up with and I'll admit they are only speculative stretches, so we'll see how this plays out.

1. I think a General Authority of the LDS Church may have had some words of counsel with Brother Beck back during the "Mormon Moment" to have him "tone it down" a bit. Honestly, not all Mormons are as crazy as Glenn. It's just a small minority that draws so much attention to itself.

2. The LDS Church publishes standard lesson manuals for class instruction in women's Relief Society meetings and Men's priesthood groups. For the last several years, we have been using manuals based on teachings of a particular President of the Church each year. They include brief biographical information (tending to avoid controversy), and compilations of that president's teachings on basic gospel principles and witness of the Lord Jesus Christ.

It makes sense that these are brief surveys historically and stick to basic teachings as these are used all over the world in many languages for members of the Church from various cultural backgrounds. In our local High Priest's group, we have various instructors who generally follow the lesson plans but we can get into some pretty good discussions even on the more controversial aspects. It generally comes to a spiritual conclusion and fortification of faith before class ends.

This year, the Church is studying the teachings of President Ezra Taft Benson who presided over the church from 1985-1994. The historical background mentions his service as Secretary of Agriculture in the Eisenhower Administration, but says nothing about his controversial and very right-wing political views or his connections to the John Birch Society and other such groups.

And, I think Bro. Beck may be disappointed in the rather bland manual. After all, he caught on to the political side of Pres. Benson, which was much more prominent before he became President of the Church, along with the writings of the very strange but popular in some circles, Cleon Skousen. If the politics promoted by these people are not the apocalyptic-save-the-world-from-communism/liberalism/whatever gospel truth, then, what is? Faith, Hope, and Charity, perhaps? But those three, even abiding, are not end-of-the-world, get-out-the-pitchforks, money-making exciting.

For my part, I have always stayed in the mainstream of the church spiritually, and farther left politically than most. And my spiritual side has not suffered much for that. As for President Benson, I intentionally drew the distinction between his spiritual, prophetic teachings and his political views which were not advocated when he presided over the church. And those ultra-conservative views were not generally held by a majority of the church membership at anytime even if most gave them some consideration (I read some of it myself).

So I stick with the Dickensian concept that was promoted most recently by President Gordon B. Hinckley that we live in the world at the worst of times and also the best of times. It's our choice to make it better or worse, and I choose the better. Current President, Thomas S. Monson, has always done that, filling his life with generosity and service, much like a reformed Scrooge without the need of reformation (he started young).

I wish Bro. Beck all the best. But if he can't leave the dogmas of fear and destruction (and money-making) behind, at least let's get a strong uncoupling from the spiritual truths of the Gospel of Jesus Christ.
at 4:47 PM