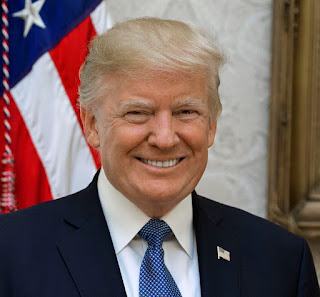 It could be argued that Benedict Arnold was simply loyal to King George III as the king still claimed sovereignty over the American Colonies and had sent an occupying army to suppress a colonial rising. And fortunately, General Arnold's plan to deliver the fort at West Point on the Hudson was foiled by exposure of the plot.

I suppose one could also argue that Individual 1 is merely loyal to his highest interest, his own view of a great America with him at its head. It all revolves around him and it's all in his head under that mass of highly controlled hair cover which must take so much work it helps explains why the rest of his appearance is so slovenly.

It is also fortunate that some of Individual 1's plot has not come to fruition. Sanctions have not been fully lifted on Russia for its "annexation" of parts of Ukraine. Individual 1 has not been able to get his Russian bank funding for his real estate plans in Russia. And putin is not living in a penthouse atop a luxury trump tower in Moscow. However, Individual 1 is President of the United States in part due to Russian meddling in our election. Russian money was passed through the NRA to Individual 1 and other Republicans. Individual 1's financial empire has had a bit of an economic boost from Russia and other nations friendly to Individual 1. And some of that economic boost may be due to money-laundering schemes facilitated through Individual 1's extensive real estate interests. Oh, and I don't think Individual 1 has been paying his fair share of income taxes (which is how they finally got Al Capone!)

Now, the last paragraph isn't established fact yet. However, I encourage you to follow the news over the next while as Special Counsel Robert Mueller reveals more court filings and hopefully a final report to a Democratic House of Representatives laying out Individual 1's schemes.

All of this, if proven, does not nullify an American election. It should inform us as to be a bit more cautious in future elections. And the U.S. Constitution provides remedies in regular and fairly frequent elections along with the ultimate remedy of impeachment.

The process is all political. Even the potential prosecutions as there is much discretion. We the People, Citizens of the United States of America, the same status that General Arnold failed to honor, are the only remedy and solution to this problem.

God bless America because we really need it.
at 6:48 AM