The good news is that America will survive.

...we are being governed by a criminal conspiracy compromised by a foreign adversary, Putin's Russia.

Abramson's book is unique in historical journalism. He is not an investigative reporter as were Woodward and Bernstein. Well, both of those guys are still around, but not like they were in the days of Nixon. Abramson provides in disturbing detail a narrative from the public record of the crimes of #Individual1 (donald j. trump) and his associates. Most importantly, and as Rober Mueller has now concurred in court filings, the quid pro quo is revealed that the trump family and presidential campaign conspired with Putin's Russia to elect #Individual1 and with the promise of financial rewards in Russian real estate deals in exchange for the removal of sanctions against Russia for the invasion of Ukraine and interference in U.S. elections.

The book is disturbing and hard to accept, except that Abramson has been proven correct in his predictions and reporting to date. Abramson's book is basically a narrative of the long Twitter threads he has been providing over the past couple of years analyzing the alleged crimes of #Individual1. There is some cosmic justice that a well-researched and reasoned Twitter feed will help bring down a president who has a dynamic and occasionally damning presence on Twitter. This modern political world is blessed and cursed by new technologies.

I could only read this book after the revelations in court last week confirming the criminal conspiracy far exceeding the Watergate break-in and cover-up. And there's some satisfaction in writing this on the day #Individual1's personal attorney and fixer, Michael Cohen, was sentenced to three years in prison even though fully cooperating with the investigations (Mueller had recommended lighter sentencing, the US Attorney in the Southern District of New York recommended a bit harsher treatment in the financial investigations and prosecutions ongoing there).

Amazingly as he was sentenced, Cohen said he was finally "free."


Today is the day I am getting my freedom back as you sit at the bench and contemplate my fate,” he said. “I have been living in a personal and mental incarceration ever since the fateful day that I accepted the offer to work for a famous real estate mogul whose business acumen I truly admired. In fact I now know there is little to be admired.”

“It was my own weakness and a blind loyalty to this man that led me to choose a path of darkness over light,” Cohen said. “Time and time again, I felt it was my duty to cover up his dirty deeds.”

This is big time.

Our nation is in a crisis worse than Watergate but not nearly as bad as Civil War, both of which we survived and bettered ourselves.

Cohen's sentencing and the upcoming sentencing of the Russian woman, Maria Butina, who conspired with the National Rifle Association and the Republican Party will still not be enough to change the trump supporters.

It's happened before. History can teach us. I know how this will go down because I was there for Watergate. My family and I supported Nixon until near the end. Like the Republicans on the House Judiciary Committee, we were shocked and disturbed when the tapes were finally made public that Nixon in his coarse and vile language was heard plotting against U.S. law enforcement.

In the past 44 years, I've learned a lot. I grew skeptical of the Republican Party in the 1980s and severed all interest with the patriotic hypocrisy of Iran-Contra. I'm a different person. I was not fooled by trump or any of the Republican shenanigans of the past decades. Democrats have their problems too, but we've got to do better and we can.

It appears that Mueller may have recordings of #Individual1.

As I talked with my wife while writing this, she commented that the Constitution may finally be hanging by a thread and it's not because we had a Black Man for President. 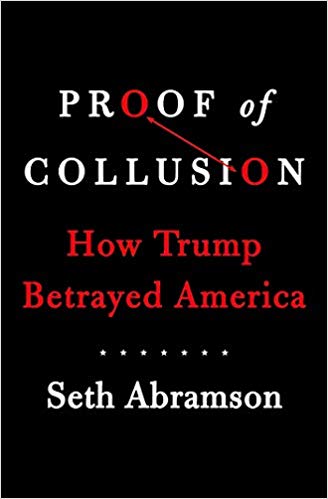