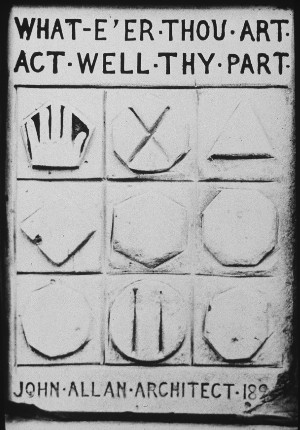 Without going through the whole story of the famous missionary stone which if you need to know the basics you can check out right here. The point of this is that I found the likely location of where the stone originally was. Best of all, young Elder David O. McKay's missionary apartment is still there!

The original stone is with the Church History Museum of the Church of Jesus Christ of Latter-day Saints. There are copies around in Missionary Training Centers and now, thanks to Elder Jeffrey R. Holland, in the Stirling, Scotland Museum!

When last in Stirling, we couldn't quite figure out where the stone had been seen originally. And we weren't sure the coach could make it through the narrow streets if we had to wander. It was adventure enough getting in and out of the Castle car park.

Then tonight, I realized that I had some resources in my home library that might help me figure out where the stone had been. And not only that, I discovered that Elder McKay recorded where his missionary apartment was in 1898, No. 9 Douglas Street, and the building is still there!

Willing to share my results if not all my methods, I will do so now until somebody convinces me that they have better information.

Elder McKay and his companion walked down from Stirling Castle to their apartment and passed the house with the stone. The building no longer exists. The Missionary apartment does. 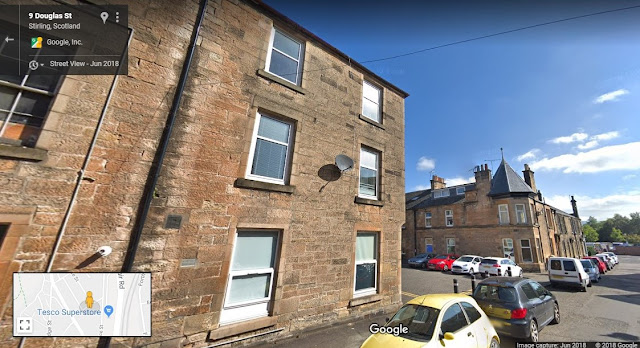