The bad news is that the Waterloo Dock in Liverpool was significantly modified in 1868 and is now blocked off by apartments and offices. But we know where it was at the lower end of Waterloo Road just north of Prince's Dock.

The good news is that I found an 1850 article from the Illustrated London News about emigration from Waterloo Docks. Grandma Elinor embarked on the Enoch Train from Waterloo Dock in 1856 for Zion. It couldn't have changed that much in six years. 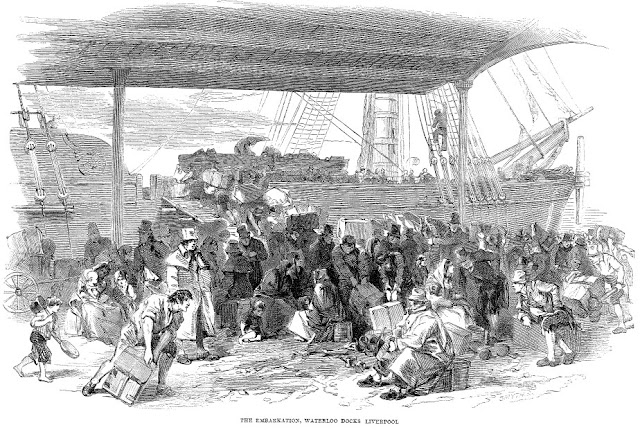 The article is mostly about Irish emigration because of the potato famines and general conditions of abject poverty. There are important confirmations in the article that ships sailing to and from the United States used Waterloo Docks and that steerage passengers were boarded 24 hours ahead of sailing to be organized below decks and likely to clear space before the saloon (first-class) passengers boarded.

The Mormon emigrant companies were known for their organization and orderliness, although it may not have been much different than the scene above.

In the excitement of waiting to depart, the emigrants below decks would play music, sing, and dance. We have reports that Mormon emigrants enjoyed such practices. 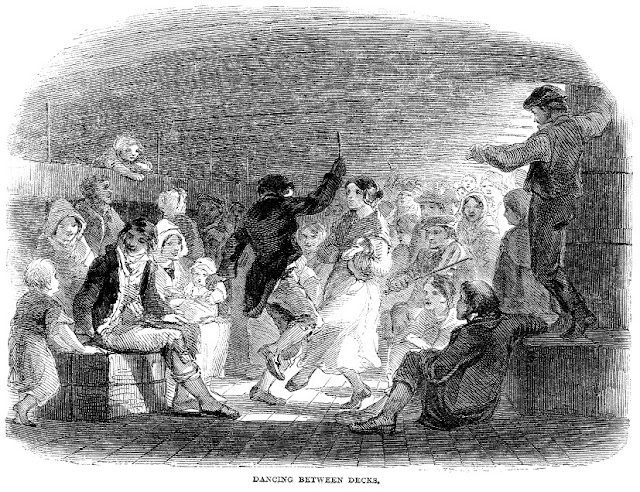 Otherwise, things were pretty dismal in steerage. It only got worse after sailing with the rocking and groaning of the ship on the waves of the great deep. Dancing was probably less likely then. 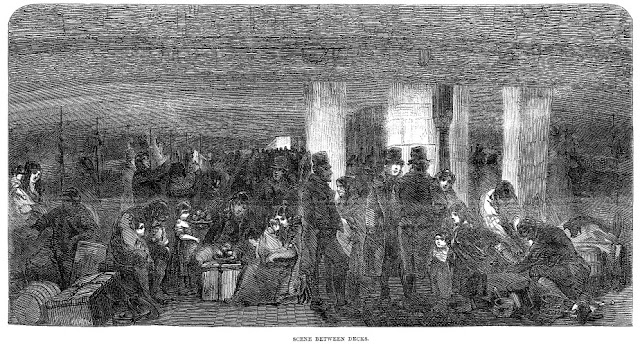 A scene reflecting on Mormon organization was required of all emigrant ships before departure, the roll-call. The Captain and Ship's Doctor had to check numbers and the health of passengers for which they were responsible. Disabled individuals were fined in New York and the ill were returned at the expense of the Captain. 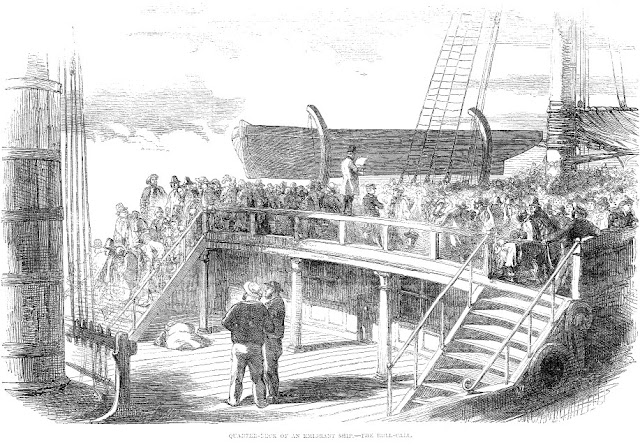 It is astounding to consider that these small ships carried hundreds of passengers.

And a scene that would be valid for any sailing was the departure. Family members, and in the case of Mormon companies, missionaries and church leaders, would be on the docks to bid farewell. The feelings of the passengers who were likely never to see their native land again can only be imagined. 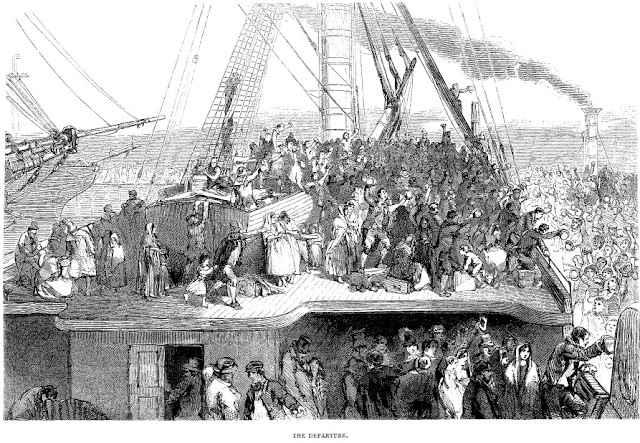