We woke that morning to one of the friendly and very noisy seagulls out our garret window.

Our Adjunct Professors of Welsh incorporated as British Expeditions have this system for summer student lodgings in Wales. They rent a different apartment house in Cardiff as the base residence every July when the University students are gone and rentals are cheap. But as it is a different house each year, they have a permanent attic rented. Yes, an attic--in another student house for storage of their non-perishables: bedding; kitchen pots, pans, and utensils; and a special box for Professor Tom who keeps a sports jacket in there for going to church in Cardiff. He also keeps one of those foldable bicycles up there in that attic. I know because I helped him get it down. Their method in reaching the attic is interesting. I have a pic:

After the house was arranged, we headed out for some preliminary explorations of Cardiff led by Professor Ron and family.

When I saw Cardiff Market, I had to rush over to pay my respects to Dic Penderyn, hanged here as the scapegoat for the Merthyr Rising, 1831. Linda was glad I did not kneel in the street as I had planned. 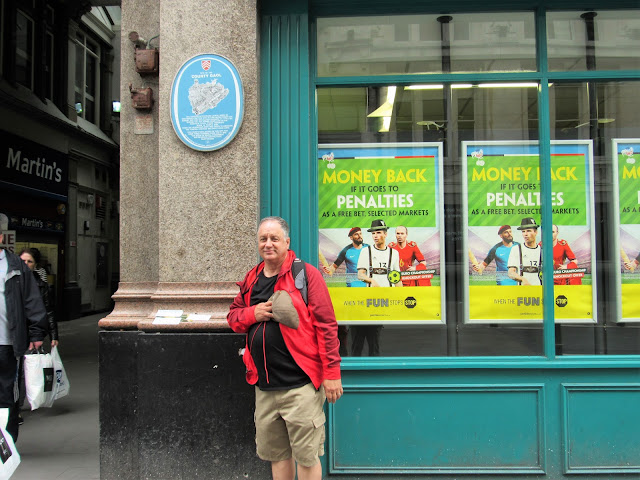 Linda and I browsed through the market, much improved over the old jail ("gaol") site.

We began to get oriented to downtown Cardiff although it took most of the month to really figure it out. It's a beautiful city, not to big, but with plenty of historical sites and cultural opportunities. And we found a few unique treasures.

Settling back at BYU House, I found another internet spot outside the Carnegie Library down the street. The Librarians inside were somewhat grouchy.

And there was the Fish Bar on the corner run by some very kind Muslim guys who served very large portions. 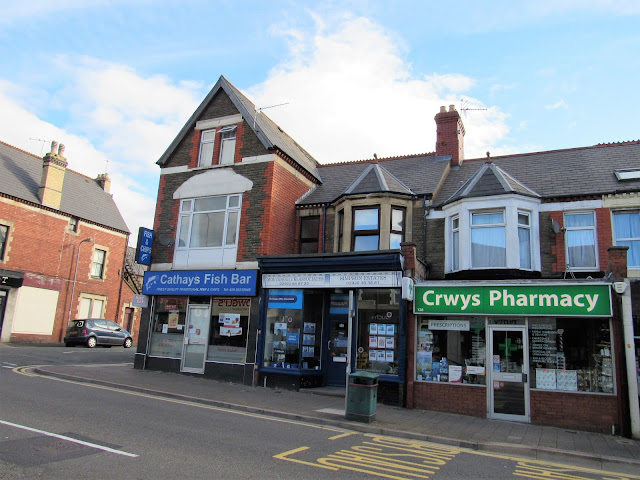 More Cardiff adventures on the next day!
at 6:34 AM