A Slice of the Life: Documented

It was great to find this in the LDS Church History Library although a bit sad that it drops off in 1970. I may go back through again because there are a few more references to my Mom and Dad. And then there are whole histories of wards where my parents, grandparents, and great-grandparents lived over the past centuries that could reveal some great stuff.

We start with my first mention in the newly organized Redmond Ward, Seattle East Stake. They had taken the Bothell and Kirkland Wards and made a third by slicing through the middle from Lake Washington on the West to the Cascade Mountains on the East. We had Finn Hill, Juanita, Kingsgate, Redmond, Duvall, and points in between. The folks from Duvall and Cherry Valley were not exactly in the suburbanite zone in those days and there were a few other areas that were more rural. It's all homes now except for the green, ag zones preserved in the Snoqualmie River Valley and along the Sammamish River which used to be called the Sammamish Slough before Microsoft gentrification. 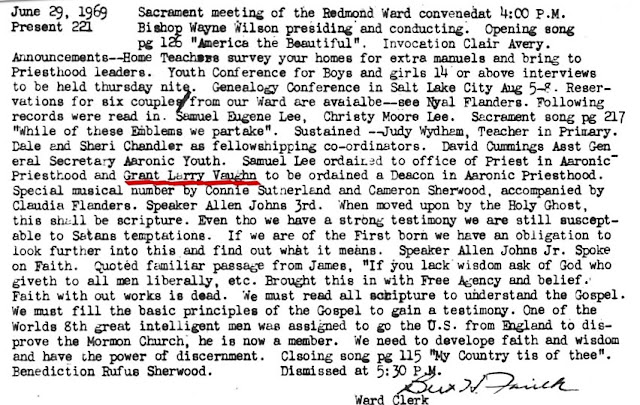 This was the day after my 12th birthday. I'm not sure why they were not set up to ordain me that day. It came the next Sunday: 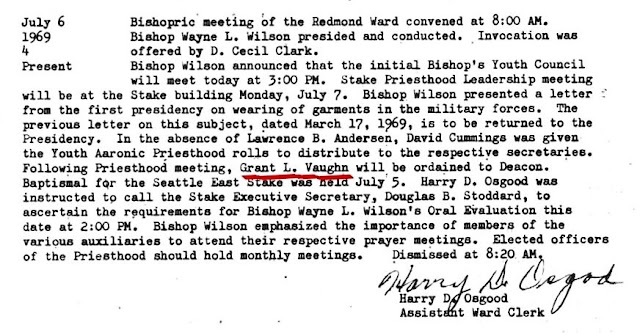 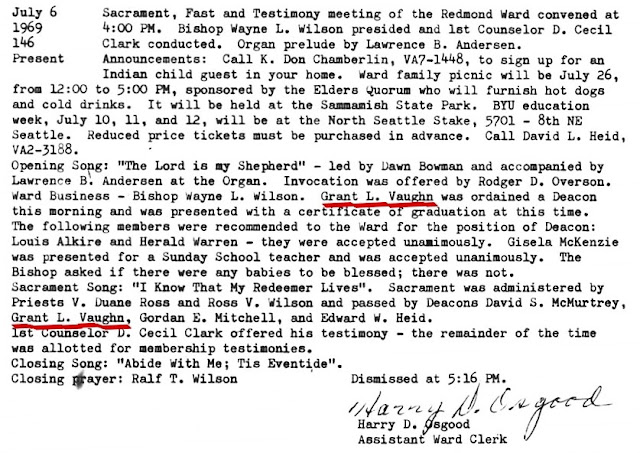 The next one was a bit of a surprise because I thought I remembered my first talk in Sacrament Meeting. But maybe that was a 2½ minute talk in Senior Sunday School (as opposed to Jr. Sunday School from which I had graduated. The Church was a bit different back then). 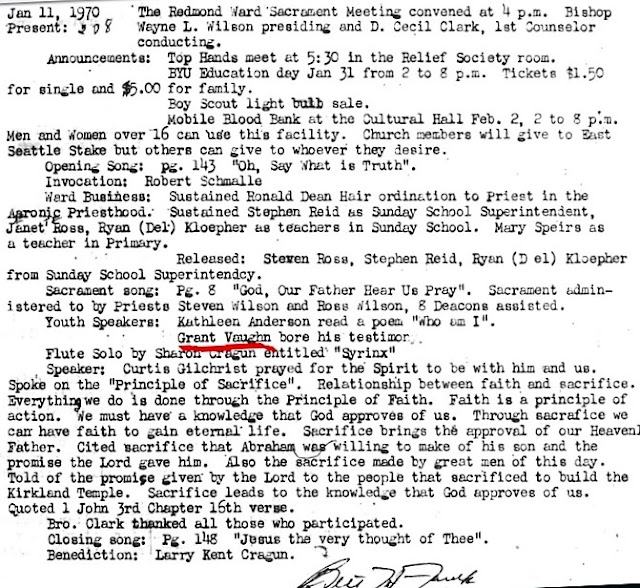 So I wondered if I had not been prepared which could have been the case at twelve if my Mom had not known about it.

Anyway, I was still not a church drop-out as in April of 1970, I was called into the Deacon's Quorum Presidency. 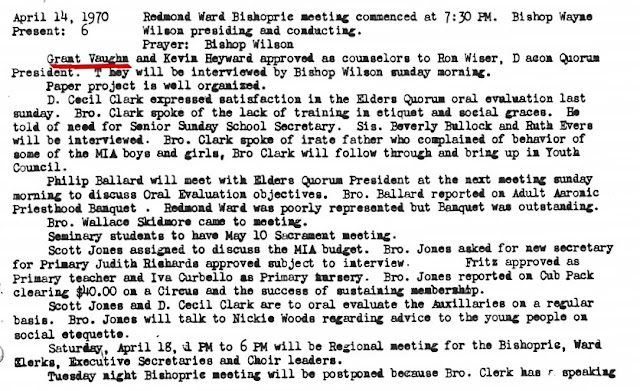 The last entry here I found to be hilarious just in how it was phrased: 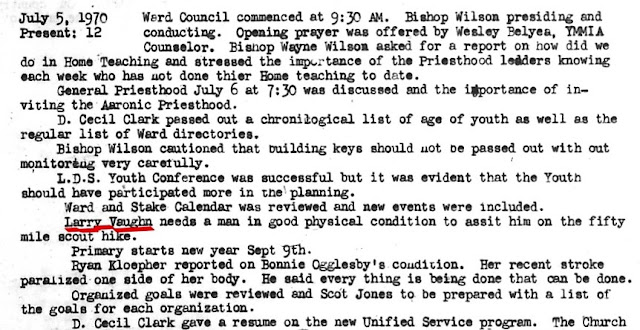 The other info in these glimpses bring back memories of faces and people I knew so well and haven't had much contact with over the years. Many of them are deceased including some of my contemporaneous youth. Fifty years is a long time although in personal history, it is the blink of an eye.