We didn't travel far at all with British Expeditions to see some great places just out of Cardiff.

The first was the St. Fagans National History Museum. This should be done in a whole day. We had just a couple of hours to run between the living history exhibits of relocated or restored buildings of various periods of time. Although we did take time to visit with the docents about teapots.

We visited the row of houses refurbished in different periods of time. They were similar but more complete than the exhibits at Blaenavon. I missed a pic of the 20th century plumbed bathtub in the kitchen, but we were interested in the 1840s.

There was a toll gate and house like those destroyed in the Rebecca Riots.

And a tailor's shop from the late Victorian era when we wanted to see one from 1789 for one of our less illustrious ancestors.

There was a recreation of a medieval church before the religious wars broke out. The walls were covered with amazing religious paintings which helped tell the Bible stories to an illiterate congregation. 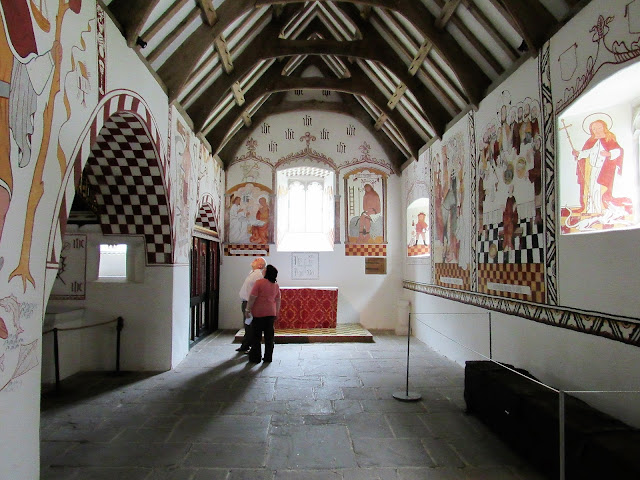 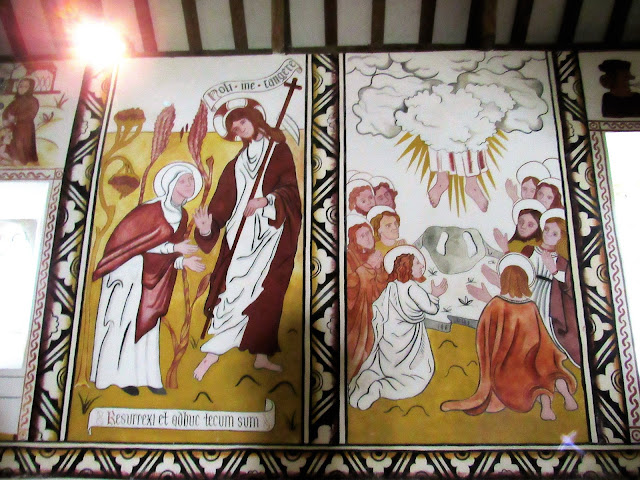 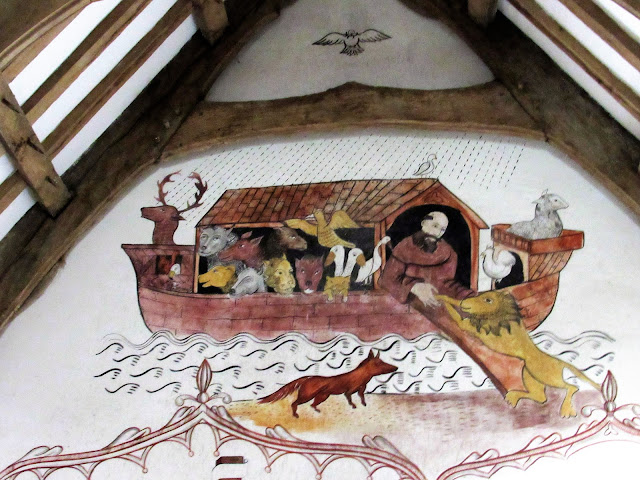 Then we visited the summer home of the Bute Family, Castell Coch, on the first hills out of Cardiff. 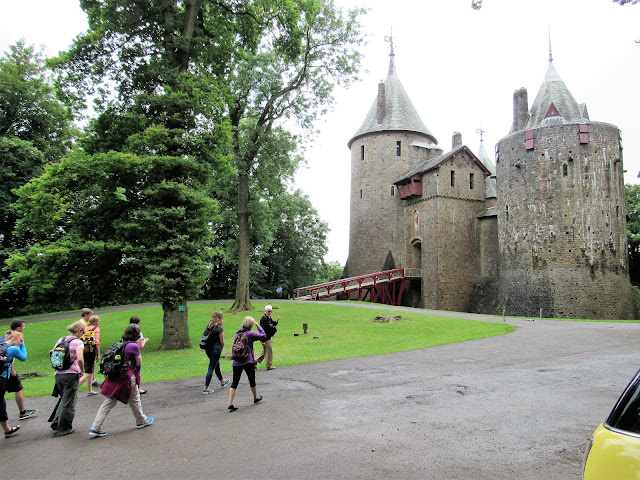 This was built in the 19th Century on the ruins of an original medieval castle. The design and interior decoration was accurate in recreating medieval style, but no royal palace in ancient times could have afforded all the flourishes:

I am in love with Caerphilly (Caerffili) Castle! It is everything that I imagined a castle would be and on a hugely grand scale! I had no idea such a thing still existed in the world.

Much credit goes to John Crichton-Stuart, the Fourth Marquess of Bute, who, as sometimes happens in later generations of noblesse oblige, used his family wealth as a work project during the Great Depression to restore much of the castle. The out-of-work coal miners and iron men of Caerphilly town had an opportunity to restore dignity to self and heritage.

Caerphilly has also been used for filming Doctor Who. In fact, just last season, the Doctor was digging on the grounds with medieval peasants.
________
Click here to continue to next day.
at 7:46 AM