Political rallies, conventions, caucuses, candidates of various parties have all been witnessed first-hand. But this was my first ever political march. I mean, we weren't in formation or lock-step in any way. It's just that I have never been a part of a protest. And I wasn't alone.

It helped that my daughter went with me. I had posted on Facebook that I was going to march for refugees and had friends say that they might make it or were with me in spirit as they were occupied elsewhere. My daughter didn't surprise as she had been with me and a friend to caucus for Bernie. And the cause is just.

Remember the Mormon Pioneers as refugees from New York, Ohio, Missouri, Illinois, and, of course, the despair of the coal mines and iron works of South Wales. Remember the promise of the Statue of Liberty which was my theme noting several others with the same in the massive crowd of yesterday. Remember the Pilgrims and the Founders of religious liberty in this promised land and the promises of the First Amendment.

Remember and never forget that the while the current President won a modest, legal victory in the electoral college, he does not and will never represent a majority of voters or Americans in general.

This is no march to the beat of a different drum. This is America. And I am a part of it. I am home. 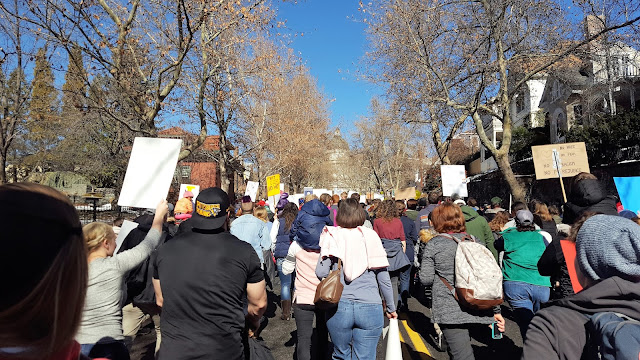 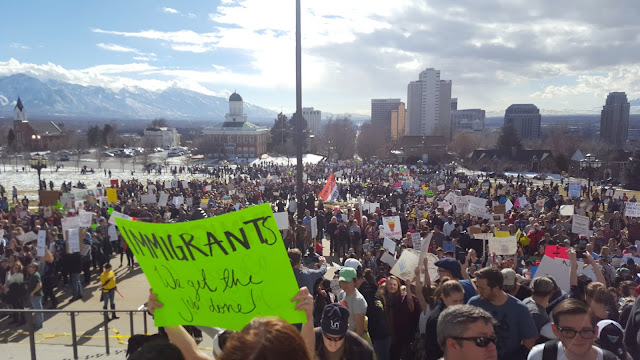 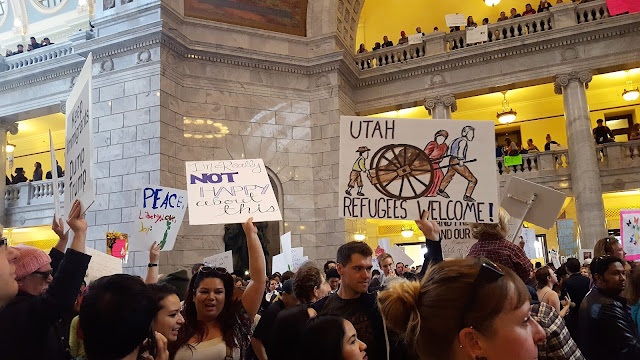