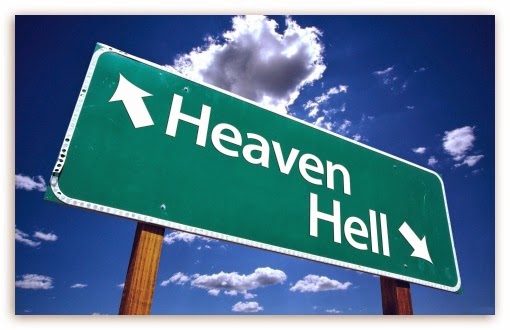 Two things in Mormon History & Doctrine just struck me. I think they make a connection.

I'm still finishing up the really good history, Hearken, O Ye People: The Historical Setting of Joseph Smith's Ohio Revelations, by Mark Lyman Staker. The author makes a compelling case with contemporaneous sources and later reports from first-hand witnesses that the motivation for the mobbing, tar & feathering, and near murder of Joseph Smith in March 1832 had absolutely nothing to do with any form of polygamy or sexual impropriety of any kind. It seems Fawn Brodie carried over a mistake in history that the Eli Johnson involved was the son of John Johnson concerned about his sister's honor when he was actually John Johnson's brother, uncle to Marinda Johnson, who was opposed to Mormonism on doctrinal grounds. Several others in the mob were disaffected or former Mormons, even former leaders. The revenge motivation of speculative psychology dissipates and the only thing left may be religious persecution.

It's the chronology closely following The Vision, now known as Doctrine & Covenants, Section 76 that nails it. The mobbing in Hiram, Ohio happened just a week or so after The Vision became public. The controversy was the new doctrine with its near Universalism, dispensing with the either/or of heaven and hell in mainstream Christianity of that day. Well, just read The Vision and think about it for yourself. Some with interests in the Disciples of Christ, the Baptists, or having left Mormonism, took offense at the new doctrine and their religious fervor, resentment, and fury may have led them to violence.


The other connection relates right back to my talk in church last Sunday. There's also a clear chronological directness from the King Follett Discourse in April of 1844 and the Martyrdom of Joseph the Prophet that June. Of course the trigger of that mob was the destruction of the Nauvoo Expositor and its claims of sexual impropriety against the Prophet. Yet it was still mainly disaffected or former Mormons behind the Expositor and also involved with the murderous mob - some of them accused of improprieties themselves or cut off from the church for various reasons.

Richard Bushman's Rough Stone Rolling makes a similar connection between the martyrdom and the doctrinal shock of the King Follett message preaching the ability to become like God - not to rule one's own planet as silly caricatures portray - but to be sealed up in celestial family units for all eternity with ongoing expansion. Once again, near universal salvation through the Atonement of Jesus Christ was proclaimed by Joseph, and some just couldn't handle that in conflict with their religious views.

It seems common in human nature to want a form of hell, not so much for oneself , but to ensure that those one doesn't agree with or are just plain "wrong" and "sinful" will end up there for deserved punishment and one's own vindictive satisfaction. The "I told you so" temptation is strong with us. Some of the bitter, hurt, shamed, and guilty among us even hope for a hell for themselves with their spiritual lack of  self-confidence.

My respect for Joseph and love for the Savior Jesus Christ are enhanced by the knowledge of near universal salvation in a kingdom of glory. It's a load off my conscious not to become discouraged over every fault and to have the assurance that His hand is stretched out still. Sure, it takes some work with repentance and the breaking of one's heart to conform as best we can to the Lord's expectations. But that won't save us. It is only the Grace of Jesus Christ with our Faith, Hope, and Charity in the Lord's salvation and our service to others - especially for ourselves and our dead in the Holy Temples - where saving priesthood ordinances make the Atonement effective.