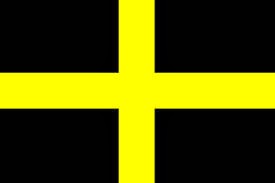 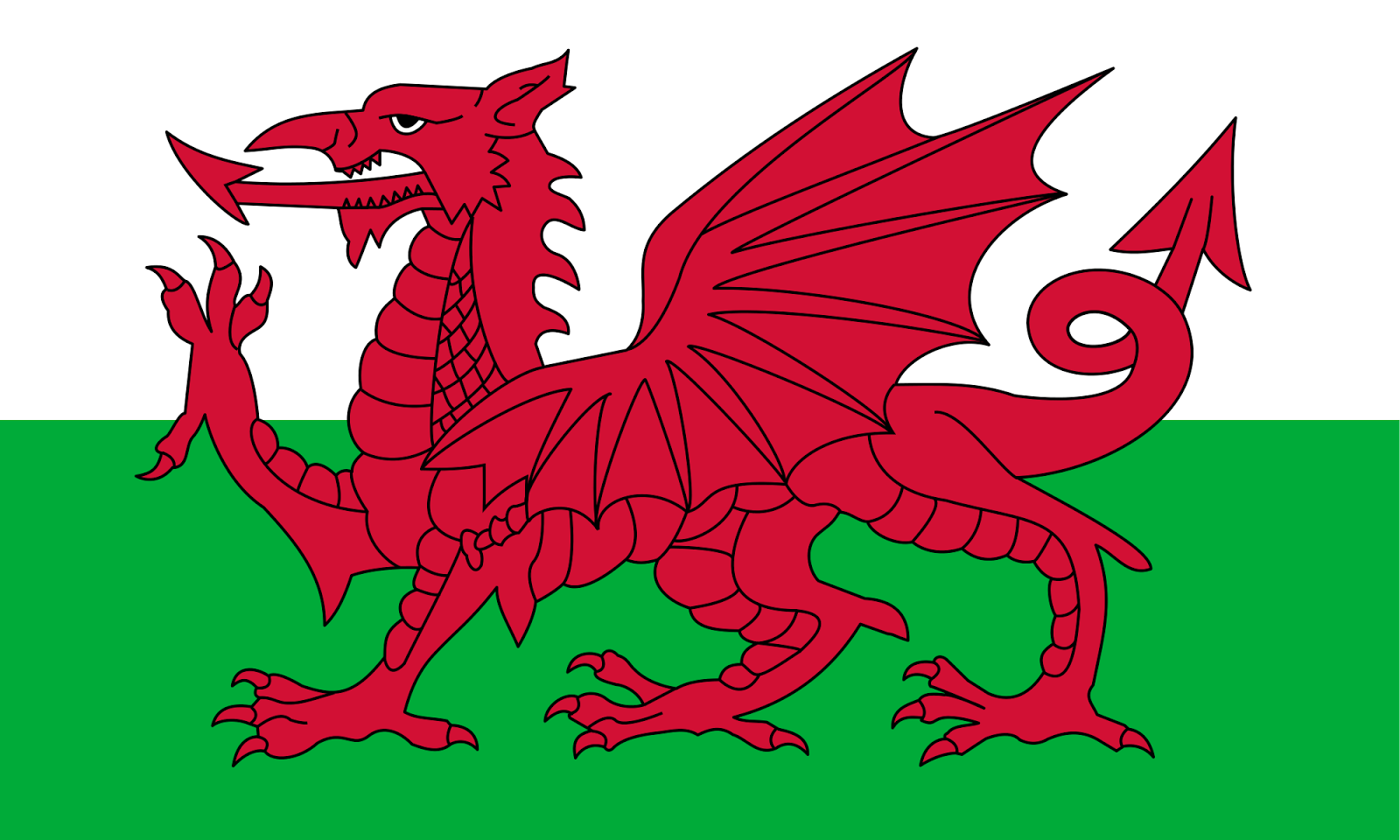 Poor Wales, being a conquered nation (d--- saxons!), has a culture, language, and identifiable borders now recognized by the United Kingdom (being one of those united). The Nation has been establishing more autonomy with its own parliament and government institutions.


Many of the Cymraeg cultural traits are revivals of ancient tradition as are these flags. The Red Dragon has only been official since 1959. It is based on ancient emblems - the red dragon traditional to Wales that may have arisen with reference to dragon standards of Roman Legions. The green and white are Tudor colors and the Earl of Richmond carried a similar standard into battle to become Henry VII thus bringing a Welsh-named dynasty to the throne.

St. David's flag has only been official since the late 19th Century established by "the Church in Wales" an excellent circumlocution to avoid the name of the conquering nation, late-comers to Christianity, converted by the Welsh and Irish. (And even if it was a Tudor King who established a church separate from Rome).

And this is an appropriate day to consider opportunities to represent Wales in the Union Jack, which for the past couple of centuries or so has only represented England with the crusader's cross of St. George, Scotland with St. Andrew's diagonal white cross on a field of blue, and Northern Ireland with St. Patrick's diagonal red cross. Skimming the web, there are a lot of proposed designs.

I start with my preference which is the most subtle change to the existing flag adding in a thin sliver of St. David's cross in yellow and black: 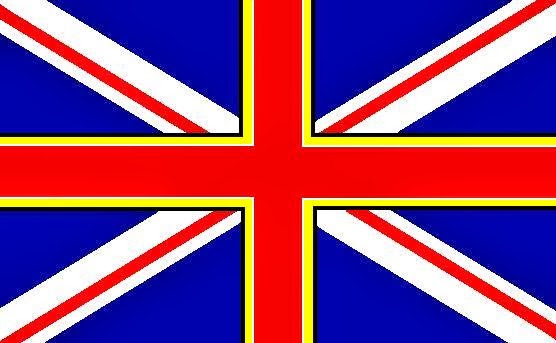 It gets weirder. This next I call "halfsies" for obvious reasons. But it just doesn't work. The designer was discrete enough not to put the dragon on top, but what the heck? 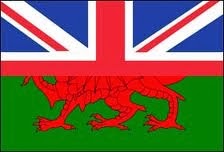 This one isn't bad. But the dragon centered looks like it's breaking up St. George's Cross. 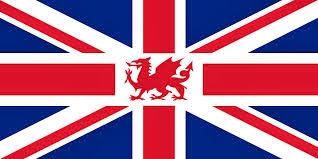 The above likely inspiring this travesty of obvious saxon design:

Ok, it's kinda funny. But onward and upward! I think the next couple were perhaps inspired by Britain's legacy of the psychedelic 60's. Don't stare at them too long! 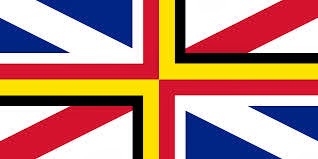 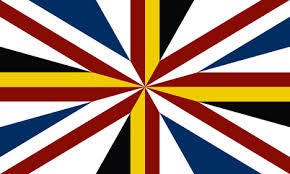 While I like the first one best, I'm going to use my powers of prognostication and predict the future flag of the UK: 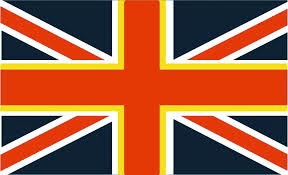 Get it? St. Andrew has fled! There's a vote for the independence of Scotland coming up this fall. We'll see . . . .

But after all, the sweetest flag I found brings me to two homelands:

I hope George of the Evergreen State won't mind. Actually, thanks to him, I am not a British citizen subject to a dysfunctional royal family and I don't have to worry much about the flag and disunion controversies. See, I really am a Republican!
at 11:11 AM