All for a Good Cause! 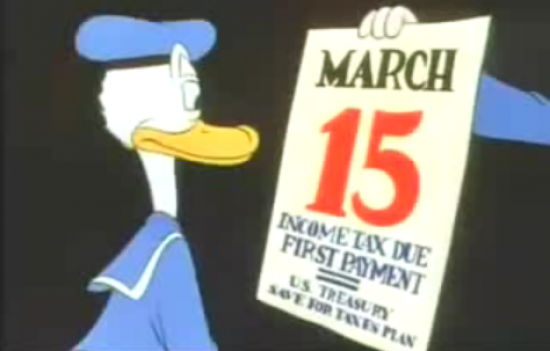 TurboTax and I were busy today with only minor cussing. That was me, TurboTax was all socially inept, "Congratulations! Now let's deal with your better half's W-2!"

We apparently owe some this year. Unfortunately our little deductions have about all flown the coop and the last one here won't even get us a credit because our income is  now too high. But that's OK because he just turned 17 anyway. So I have to claim fewer deductions and decrease my withholding.

I do find it a patriotic honor to pay my taxes. I think taxation with representation is great! I do not begrudge the good cause it is to serve our government of, by, and for the People - all the people! I hope we can get the corporations under control a bit. They and the inordinately wealthy should not have the power to control and benefit from the government with their extremely high returns and little regard for the burden on the poor and middle class who helped provide the labor, spending, infrastructure, and taxes to get them where they are. Corporations themselves are a creation of the government of, by, and for the People, so it's certainly appropriate for the people to control them with reasonable regulation rather than a corporate "person" controlling the real people's government.


Oh yeah, some will say I'm just "Mr. Socialist," but I'm not. Regulation by constitutional means (which has been going on since 1789, by the way), is not Socialism. Socialism is when the government owns the means of production and there is no private property interest. We are so far from anything like that it's laughable - even if so many are fanatically dreaming up conspiracies about it - when they should be looking at the actual conspiracies of corporate America - remember Big Tobacco & nicotine?

Others will say I'm just in it for my own piece of the trough as a federal employee. But heck, the Department of the Interior still brings in more to the US Treasury in revenues, mostly from oil and gas royalties, than it spends. And it shouldn't have to be weighed on a balance sheet to find worth either. Donald Duck was a fed during World War II, at least for our anti-nazi propaganda campaign!

Let me get on with that Good Cause - our tax dollars go to form a more perfect Union, establish Justice, insure domestic Tranquility, provide for the common defence, promote the general Welfare, and secure the Blessings of Liberty to ourselves and our Posterity. Hey! That sounds great! I wonder where those great ideas and purpose came from? That sounds like a great cause and intent to do some good in the world!

Someday maybe we really will grow up and be real Americans! -Like Donald! 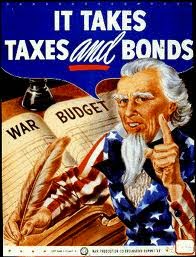