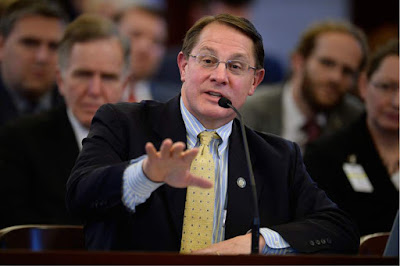 I wish Ken would read up a little on what Brigham thought about the failure of gold as a substance of value:


"Gold is good for nothing, only as men value it. It is no better than a piece of iron, a piece of limestone, or a piece of sandstone, and it is not half so good as the soil from which we raise our wheat, and other necessaries of life. The children of men love it, they lust after it, are greedy for it, and are ready to destroy themselves, and those around them, over whom they have any influence, to gain it.” (Pres. Brigham Young, Journal of Discourses, 1:, p.250).

I can imagine the Good Lord's return at the end of all things asking why we hoarded all this gold but failed to take Him in when we saw Him a refugee and in need.

May the winds blow the smog out of the Valley and the cobwebs out of the empty heads of our legislators!