This Saturday I plan to march in support of refugees now prohibited from entry into the United States by the current President. I found some basis in family history to give me a reason why:

Thomas Vaughan, born 1850 in Llanfoist, Wales, son of John and Maranah Vaughan, arrived in New York City, 1 June 1886 on the SS Nevada. He arrived in Salt Lake City by the Denver & Rio Grande Railroad on June 8 and settled in Ogden. His wife, Isabella, and seven children, the youngest, my Great Grandfather, George Robert Vaughn, arrived the next Spring, also thought New York on the same S.S. Nevada. 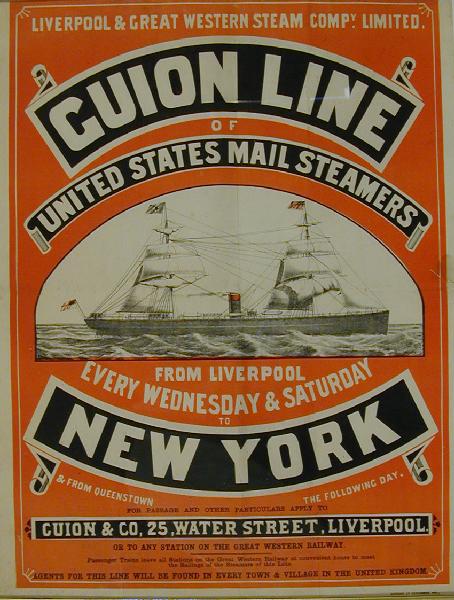 So when Thomas came in to the harbor, it probably looked something like this: 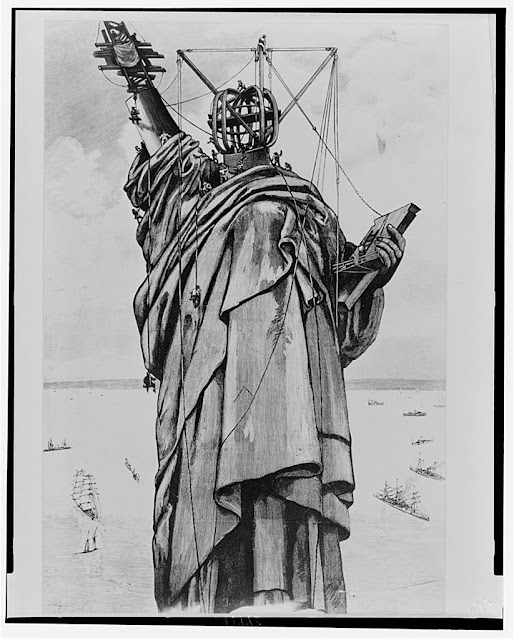 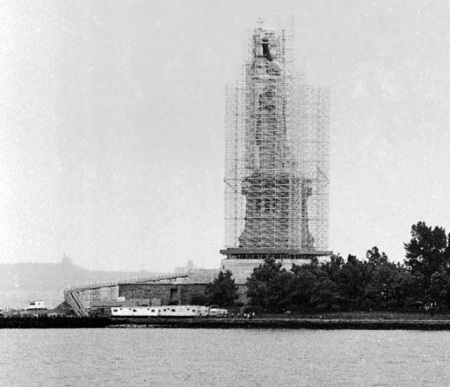 And I found a photo of Castle Garden, where the Vaughans passed through U.S. Immigration, that would be shortly after the completion of the Statue of Liberty. 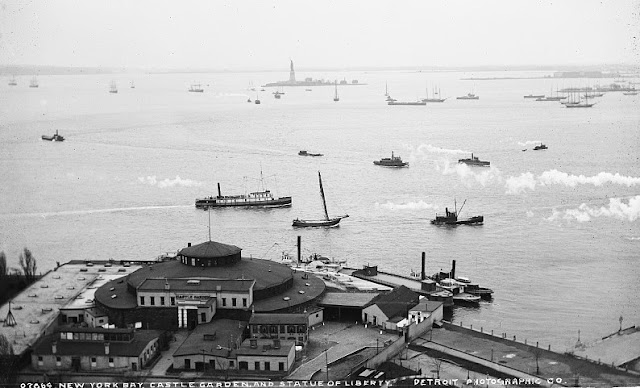 And there are more photos and drawings of what it was like to arrive at Castle Garden which was the entry for immigrants until 1890. 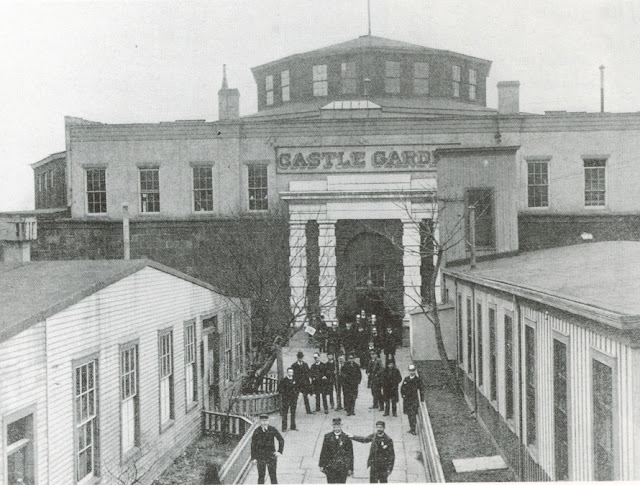 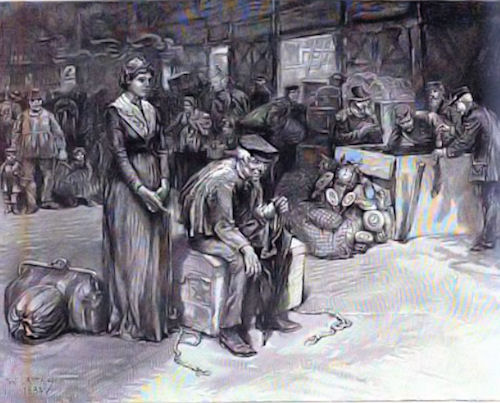 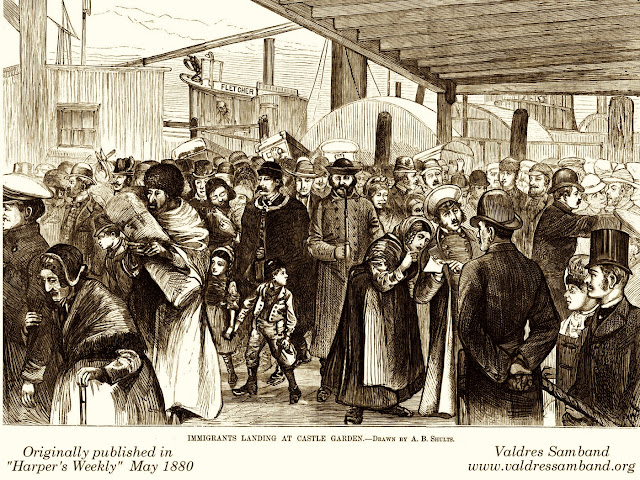 So were the Vaughns part of the "huddled masses yearning to breathe free?"

They were among the working poor. As Mormon converts in England they would have lost what little status in society they might have had and possibly had conflict with extended family and neighbors. They would have likely been less favored for job opportunities and may have been subject to harassment or even persecution based on the negative press coverage and sensationalized fiction of most things Mormon or LDS in those days.

They came in Church-organized companies even that late in the 19th Century. The official Church reports of Thomas's voyage listing the Mormon passengers include reference to "about 200 Russian Jews." They were clearly fleeing the persecution of Czarist pogroms (think Fiddler on the Roof).

The New Colossus
Not like the brazen giant of Greek fame,
With conquering limbs astride from land to land;
Here at our sea-washed, sunset gates shall stand
A mighty woman with a torch, whose flame
Is the imprisoned lightning, and her name
Mother of Exiles. From her beacon-hand
Glows world-wide welcome; her mild eyes command
The air-bridged harbor that twin cities frame.
"Keep ancient lands, your storied pomp!" cries she
With silent lips. "Give me your tired, your poor,
Your huddled masses yearning to breathe free,
The wretched refuse of your teeming shore.
Send these, the homeless, tempest-tost to me,I lift my lamp beside the golden door!"

Addendum:
This post originally had Isabella and children arriving on the SS Arizona. The post has been corrected to name the correct ship, the Nevada, for both voyages consistent with the Mormon Migration database. The Guion Line used the Alexandra docks in Liverpool. At times, they may have embarked saloon, or first-class passengers, from the landing stages in front of the Liverpool port and municipal buildings. See my later posting on the docks.
at 10:38 PM