The guy in the White House has sparked something quite a bit larger than the tea party. And he's only been at it a week.

His "Muslim Ban," hugely part of his campaign, is going down before judges, protesters, and hopefully Congress now that we have enough Senate Republicans (McCain, Graham, Flake, at least) to reign it in.

What surprised me the most was the crowds cheering . . . the lawyers! Now, that's something you don't see every day!

The first one I saw was even better with the crowd chanting, "Thank you, lawyers!" I could not find a YouTube version for Blogger, but here's a link to Facebook.

And the LDS Church Public Affairs did come around with support for refugees again even if they won't mention the guy in the White House who is causing these problems.

This is all so unprecedented. I hope our institutions survive without that guy firing off nukes or more crazy stuff.

I am so pleased to see the American system, the rule of law, and the people working hard to defeat the guy who lost the popular vote by nearly three million (real, legally registered voters.)

God bless the United States of America! We're going to need it. 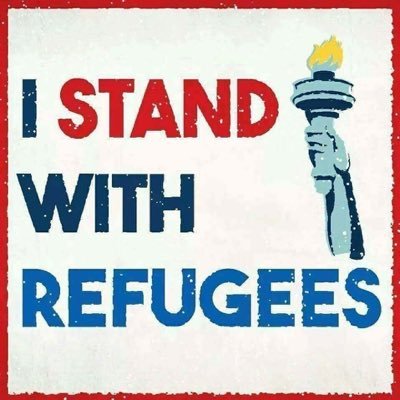 Here's the link referenced below from the Chicago Tribune explaining how this is different than President Obama's ban. I also read and heard on the radio that Rudi Giuliani said in an interview that trump came to him to ask how to do a "Muslim ban." So their intent seems pretty clear.
at 6:44 AM