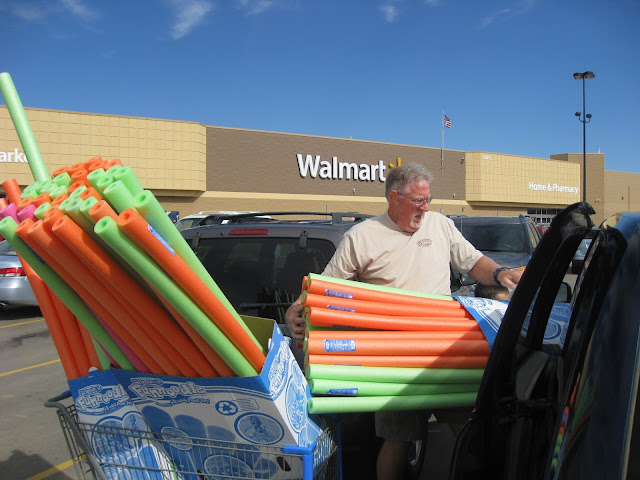 I'm not usually a big fan of Walmart. This not a post for the negatives. This is about the most magical Walmart on the face of the earth! Trinidad, Colorado. Just the name of the otherwise odd, little, red-bricked town is magic - or spiritual. TRIN-uh-dad is how we say it in English. I can't help but go to the Portuguese, much more poetic than Spanish - Treen-ee-DAH-djee. In any language it bounces off the tongue.

From the North, the Land of Enchantment starts just South of Pueblo. The Colorado Rockies transform into the Spanish Peaks – huge, lonely mountains springing from the upward slopes of the Great Plains. Then, in between them, the thorny spires of the Sangre de Cristo Range point up – the Blood of Christ. It's a salvation from purgatory or above Trinidad the staircase mesa mountain, Simpson's Rest, the Purgatoire River flowing down below.

Back to Colorado. The eastern slope of the Rockies is as dramatic as the plunge into the Great Basin where we live. The plains start there and coast downhill draining to the Mississippi. South of Pueblo, the cholla cactus begins. The short, gnarled branches twist upward in an entertaining fashion – as long as you’re cruising down the interstate and not getting too close and personal. They are one of the many prickly reasons why Cowboys wear chaps.

The pinion and juniper scrub forest also enchants. We see that greenery all around the West, but there’s something in the air or earth that makes it so rightly unique to this Spanish country. It must be the soil. Up around Rock Springs on the I-80 corridor, the grayish white caliche doesn’t give much life. It is the color of death. (More on Rock Springs in later postings. Maybe waaaaay later.)

Back to Walmart. I was taking those pics of colorful Colorado from the Trinidad Walmart as I was composing in my head what I could write about. The Trinidad Walmart is the last, major retail stop before Philmont so we often stop there to pick up the things we forgot or can’t leave without. It’s a magical store in the sense that it must have and odd demographic that shops there. We have found items on clearance that were sold out or unavailable elsewhere (like Heroscape game pieces).

Thinking on those wonders we have found in the past, I went in and found my wife and our Philmont Cub friend sorting swimming noodles. They were on sale!! Now mind you, my wife says it’s not worth buying stuff even on sale if it’s not something you need or really want. Of course she’s been looking for swim noodles. She’s a Cub Leader. Next year’s theme is “Knights of the Round Table.” Noodles make the perfect lances. Problem solved. 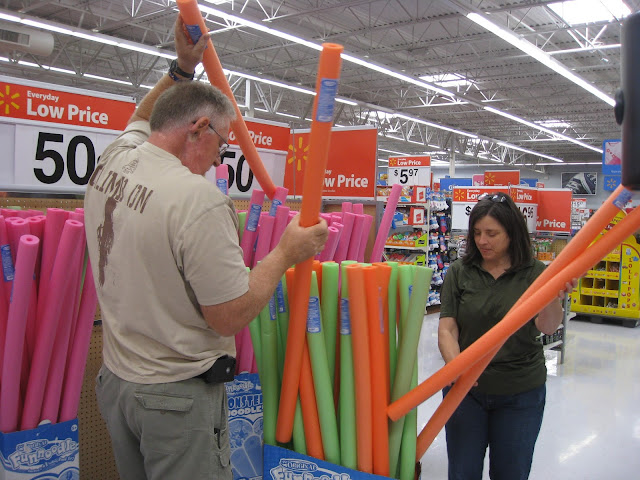