Eric Estrada Saves Road Trip for the Boy & His Dad

My Daughter A-4 and Son A-5 came home from BYU Tuesday - A-4 to get ready for her wedding and A-5 to wait around to leave for his mission to Japan. My wife left for her gig running National Camp School for Cub Scout leaders. As A-6 had just been to California and still has school. I still have some vacation time while waiting to be furloughed, so I thought another long weekend trip to California with my soon-to-be missionary son was in order. We could see my Granddaughter and go to Disneyland again on my Boy A-2's free pass! (He works for the Big Mouse.)

It was a good father and son time. We talked about school and Japan. I taught him some Portuguese basics because there are a lot of Brazilians in Nagoya and he is convinced he will meet some - or maybe have a companion or two from Brazil. We listened to classic music ("classic" not "classical") from my iPod including the California playlist. So we talked about the music too. There was no serious talk of fatherly advice - just talk. And that's good.

We even tweeted the adventure here @Whistlestar_PMM. So you can check out that report of the trip. The best part was when CHiPs came through for us. It was a ways after that guy from Nebraska had refused us the right of merger at the Nevada/California border I-15 repair. So I don't know why they pulled them over. But Instant Karma does get ya sometimes.

As A-2 and his family live on the northerly side of the great big freeway that is LA, we took the Pearblossom shortcut. Here's what Wikipedia says about it:


Pearblossom is well known by Southlanders as the home of one of the most dangerous roads in the US. State Route 138 (Pearblossom Highway) is the main street in Pearblossom and as of 2004 has been the location of numerous serious and fatal automobile accidents in its Palmdale to I-15 segment. It is known locally as Deathtrap Highway and, "The Widowmaker." The road is only single lane each direction for most of this segment's length, and the volumes of traffic that use it are far beyond what it was engineered to handle. The chief reason for accidents according to CHP data is passing the double yellow line in unsafe conditions. Overuse of Pearblossom Highway is chiefly on Friday evenings, Saturdays and Sundays, the time period many use the route to travel to Las Vegas. This section of 138's route is commonly used as a bypass of the Los Angeles Metropolitan region, and as a route from the Antelope Valley to the Inland Empire.

We did just fine - Thanks to CHiPs taking out that Nebraska guy. (Well, that was a ways back. And he was probably heading down San Bernadino Canyon - talk about a death trap!)

But the real reason we came? Yep. The Disney Princess: 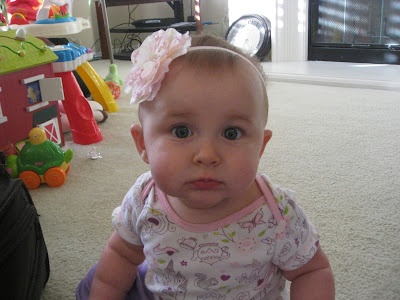