Remember, the language of the Second Amendment to the Constitution is:


"A well regulated Militia, being necessary to the security of a free State, the right of the people to keep and bear Arms, shall not be infringed."

Hopefully, everyone can recognize that this language is a little convoluted and confusing. "A well regulated Militia" is in the first part, then the "the right . . . to keep and bear Arms" in the second part. And the "shall not be infringed" is in the final clause. The commas don't seem to help.

Recently pondering this language it came to me that whatever right this, it clearly belongs to the PEOPLE as in "We the PEOPLE." It appears to be a unified right belonging to all tending to indicate it is connected to the Militia concept. And remembered that's clearly a "well regulated Militia."

And there's one more contextual hint. The immediately following Third Amendment which nobody seems to worry about much these days is to prohibit the quartering of soldiers in homes. This was a problem in Colonial America and not so much since. And following directly after Amendment 2, it seems to be an additional push for a "citizen militia" rather than a standing army imposed on us (which, of course, we have. But at least they don't force us to billet them).

Well, take my views for what they're worth. I'm just trying to promote common sense and reason against the bizarro philosophies of American gun fanatics.

And then I've come across a new campaign: Moms Demand Action For Gun Sense in America. Looks like a good group. I hope they don't mind the free publicity in sharing some pretty powerful adds: 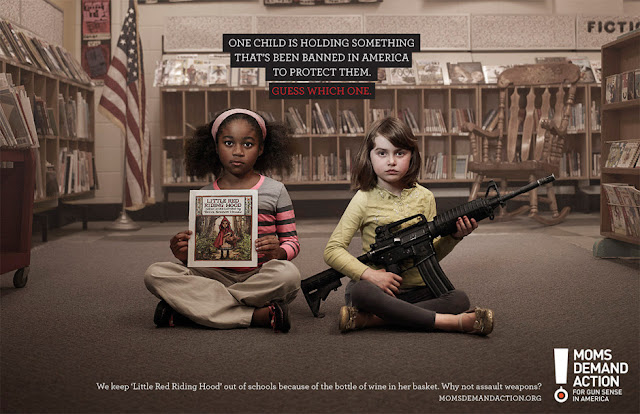 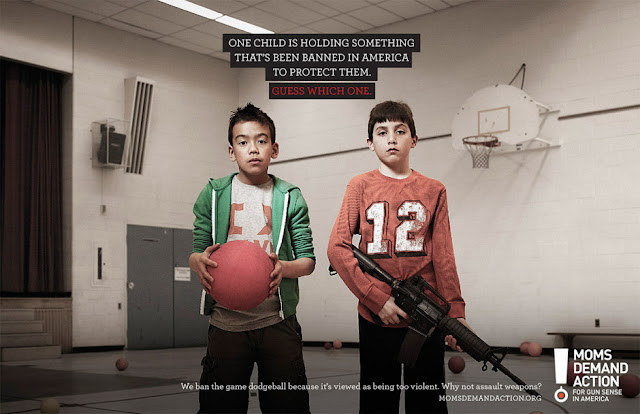 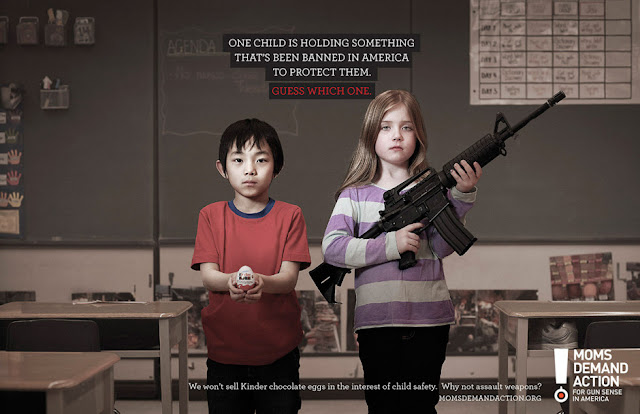