Sure, the economy and deficit need to be addressed. I'm just not sure how to trust the party of "deficits don't matter.*" But moving on from those challenging and controversial issues which are certainly enough for a healthy political debate in the upcoming campaign - as in "Where are the jobs, Congress?" I would like to propose that the Republicans come up with some better issues, or at least better arguments.

No. 1. End the silliness about Obama being a socialist. He's proved in the past couple of years that he is rather moderate in the main-stream of American politics. The more they make noise with the socialist/fascist/communist/Kenyan/Muslim business - none of which is true, they make others wonder if there's not something else about this historically unique president that troubles them. Or they just may fall into the "stupid" trap like the donald just did.


No. 2. The health care reform (ACA) is not extreme and the universal mandate is not inherently evil or unconstitutional. In fact, it was the Republican proposal in the 90's (as the newt just tripped over), also proposed by the Heritage Foundation, not to mention the basis of Romneycare. The "states rights" distinction is really kind of silly. And you can bet every Republican in the field will be jumping on Romney about this. Oh, and it's not a "government takeover" when all the government is doing is regulating a private, commercial insurance market ("commerce" anyone?) and helping to extend coverage to almost everybody.

No. 3. While it would be fine to criticize the President on his tactic of announcing the US position on 1967 boundaries (with adjustments) for the Israel/Palestinian negotiations in a public speech  it is no more than what the position of the US has been since Clinton and through the W. Bush administration. The press and Republican critics got this one all wrong. I found it interesting when W Bush publicly announced the goal of a Palestinian State. I wondered at the time if that had been diplomatically vetted and thought out or he accidentally slipped it out somehow.

No. 4. The Stimulus and the Financial and Auto Bailouts did not destroy America or increase our debt to apocalyptic proportions. What they did was to help avoid Great Depression II. Now, I suppose this is a debatable point because some of it can't be proved. Fair enough. But please do not think the argument that Obama caused the economic collapse or is solely responsible for the bailouts is going to fly. The collapse happened and the bailouts started under W Bush. And the bailouts worked - at much less cost than some worried. Think about what our debt or economy would look like if we had actually gone into Depression.  The way to help balance the budget is to increase revenues by stimulating the economy. Our monetary system is based on the strength of and confidence in US ingenuity, productivity, and vibrant markets. Conservatives are buying into Libertarian myths that "gold"or "hard money" has some independent, intrinsic value other than what we ascribe to it like any other commodity (and hoarding it is creating the next economic bubble to burst - mark my words).

No. 5. Cutting taxes on the wealthy makes us all wealthier. Or, as the Dems characterize it, the "trickle down theory." I don't see how anybody in their right mind thinks this argument still has validity. The  economic gap between rich and poor has increased drastically since the 80's when the Reaganites first started with this theory. Now, there may be a lot of other problems with or causes of our economic distress, declining middle-class, and growing numbers of poor, but trickle-down certainly hasn't fixed 'em. And the wealthy, who have benefited greatly from our system on the backs of the middle class and poor, have not been paying their fair share.

No. 6. Immigration reform is not about keeping Mexicans out. Well, this gets a little tricky as once again, opponents of immigration reform don't like to admit their concerns have anything to do with the inevitable cultural changes in American demographics. We need good, common sense reform like that proposed by Pres. W Bush and Sen. McCain (until they had to drop it because the Republican base went crazy). That is: 1) secure borders, 2) temporary workers program, 3) pathway to citizenship. The Utah Compact is just fine - let's respect families.

No. 7. General foreign policy and dealing with Muslim extremist terror. Generally a Republican strong issue. Who was it that got Bin Laden again? Oh, and by the way, Sen. John McCain, former POW says enhanced interrogation played no part and isn't effective anyway. Sometimes I like Sen. McCain.

No. 8. Return of the culture wars. Santorum and some of the tea-partiers are reviving this issues that aren't going to help the Republicans win. See my take on the culture wars here. 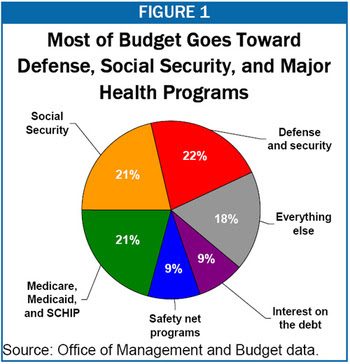 And Paul Ryan does deserve some credit because he is addressing entitlements. Unfortunately for him and his party, he fell right into the President's trap (oh, and see here too). I do hope they can all compromise to work something out. But, if we have to, Obama can work on it in a couple of years with a new Congress.

If anybody can think of more, let me know. And for my Republican friends out there, you can engage and help me understand how these issues could possibly win with the moderates and independents whoever your presidential candidate may be.