Donald Trump Is Not a Racist

So says he. In fact, he says he's the "least racist person."

And to prove it he added that one of his best friends is Black. He means Boxing Impresario, Don King. 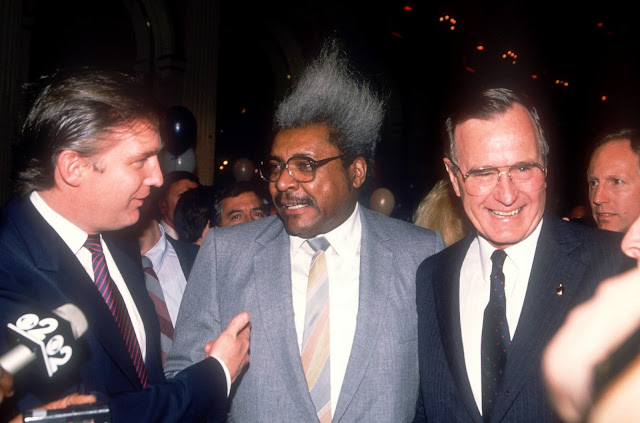 Don King is the one in the middle. The guy on the right is former Republican President George H.W. Bush who so far, along with his son, President George W. Bush, has refrained from endorsing Trump.

And the latest news reports are that King denies he has endorsed Trump for President contrary to Trump's representation. King is a well known Republicrat (so says he).