I feel so disloyal.

I spent the day at the Bureau of Land Management (BLM) National Training Center teaching public land managers how to reference the law in decision-making. We talked about the U.S. Constitution. I told my patriotic story of a public servant I know who did the right thing under the rule of law ignoring political threats from a Congressman. I sold them on the ideals of the More Perfect Union.

Then I sat in the Phoenix Sky Harbor Airport watching loops of CNN political reporting on the delegate lead of the Republican front-runner. There was also the clip of Governor Christie standing behind him with the strangest look on his face as if he needed to get to a restroom really fast but didn't know how to make his exit.


My favorite seat on an airplane is second to last row on the right, window seat. If the flight is not full, the middle seat will likely be empty. Tonight I had the whole row to myself. You're supposedly slightly safer in the back of a plane and at least in the olden days, the flight attendants would give you extra goodies from the beverage cart. But American Airlines (all of them) have declined in passenger service.

Across the aisle was a young woman with a t-shirt design of Canadian patriotism. When we got up to grab our carry-ons from the overhead bin, hers was bright red with a maple leaf luggage tag. I said, "So you're Canadian."

She didn't answer in words but said with her look, "do ya think, eh?"

I told her that she had a very nice country and I might need a sponsor up there in a few months. She smiled knowing I was in jest (mostly) and then I said, "I read something recently that Canada is what the United States was supposed to be."

She said, "Thanks! That's a very nice thing to say."

It was. And I felt really bad about it. 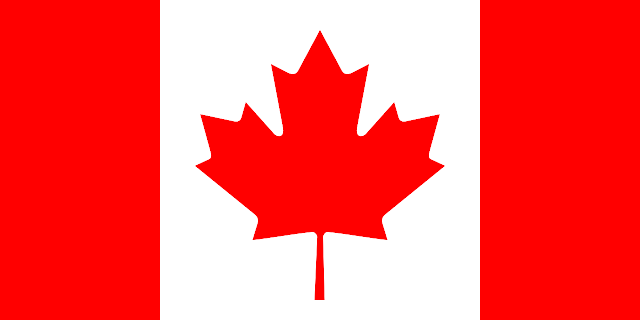