I get it now. I've been following the Facebook posts of many friends in Brazil and have been cautious about interfering in their political discussions, not being a citizen of that great nation and all.

Dilma Rouseff, Presidenta do Brasil, is under siege for the collapse of the economy - not all her fault, mind you, having failed to recover from the world recession of eight years ago caused by the bankers of North America and Europe and the collapse of Brazilian oil. I still think it was a wise move for Brazilian investment in Cuba before U.S. President Obama began a re-opening and a lifting of sanctions. That will put Brazil right in the middle of increased commerce through the Americas.

And I think a lot of reform was and is needed in Brazil as in most nations around the world, including the US to help remedy the inequalities of the wealthy controlling financial and political powers to their continued advantage. I sympathize with some of Dilma's reforms. But I also understand that much of it is fraught with corruption and political power plays. The Petrobras graft and corruption appear to be real.

The last straw of Dilma appointing former President Lula into her own staff ministry in an attempt to shield him from judicial prosecution is way out of bounds. And that, in and of itself, is or should be an impeachable offense. It is the kind of move our own "Tricky Dick" would have tried.

So, I would support taking to the streets in public free speech to denounce a Presidenta. But I would not encourage a military coup, no matter how benign they may seem to be in Brazil, and I understand the principle that the military, and sometimes with the support of the people, see itself as a protector of the constitution. I would rather see a solution through the judicial and legislative processes than at the point of a tank and extra-legal solutions including political prisoners, banishment, and worse. 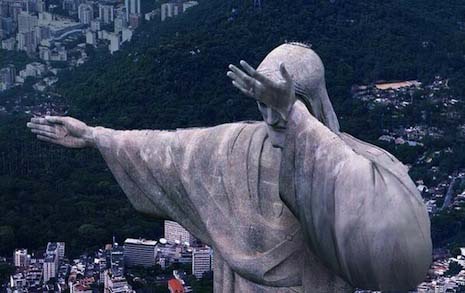