A Broken-Hearted and Proud Son of Malheur

If only the FBI had left the whole thing to the Oregon State Police (OSP). As it is, the ongoing investigation into the procedural flaws of FBI agents does not at present appear to have had any effect on the tragic but justified outcome. Eight shots were fired, not hundreds. The OSP fired three shots into the careening vehicle that was directly threatening life. Then, after several commands to "Get down on the ground!" And too many to count screams of Finicum to go ahead and shoot him, OSP finally did after his third reach for his gun, a gift from his stepson, as the officer with the taser approached but wasn't quite in range while he was a clear target for Finicum's gun. "He had the drop on me at this point," the trooper said. Three shots and three hits to Finicum and he was down.

No, I'm still not happy that my old friend, LaVoy Finicum, was shot and killed on that snow bank. But I think he wanted it that way. And I'm not at all happy with the FBI. But my Oregon people make me proud.

Look at it this way, Southerners and right-wingers love to call the American Civil War the "War Between the States" or some other euphemism to downplay the betrayal of federal law and the U.S. Constitution. The armed occupation at Malheur was by people from out of state. It wasn't Oregonians! And it was the OSP that took the proper if tragic shots on the highway. Oregon did well in defense of its people from outside, armed invasion and occupation.

And, I'm sure the Inspector General of the U.S. Department of Justice will get to the bottom of what went wrong with the FBI agents. That's the beauty of the rule of law. We lay out even our mistakes as tempting as it may be to try to cover-up. Nixon (and the FBI) taught us that doesn't work.

Back to my Oregon. At the first press conference right after the shooting, it was the good-hearted Sheriff of Harney County who almost came to tears with the weight of the tragedy. In the press conference of yesterday, it was the District Attorney from Malheur County that choked back the emotion at the end of his remarks setting out his legal conclusion that the shooting was justified. Even legally justified, it remains a tragedy. 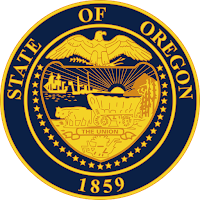