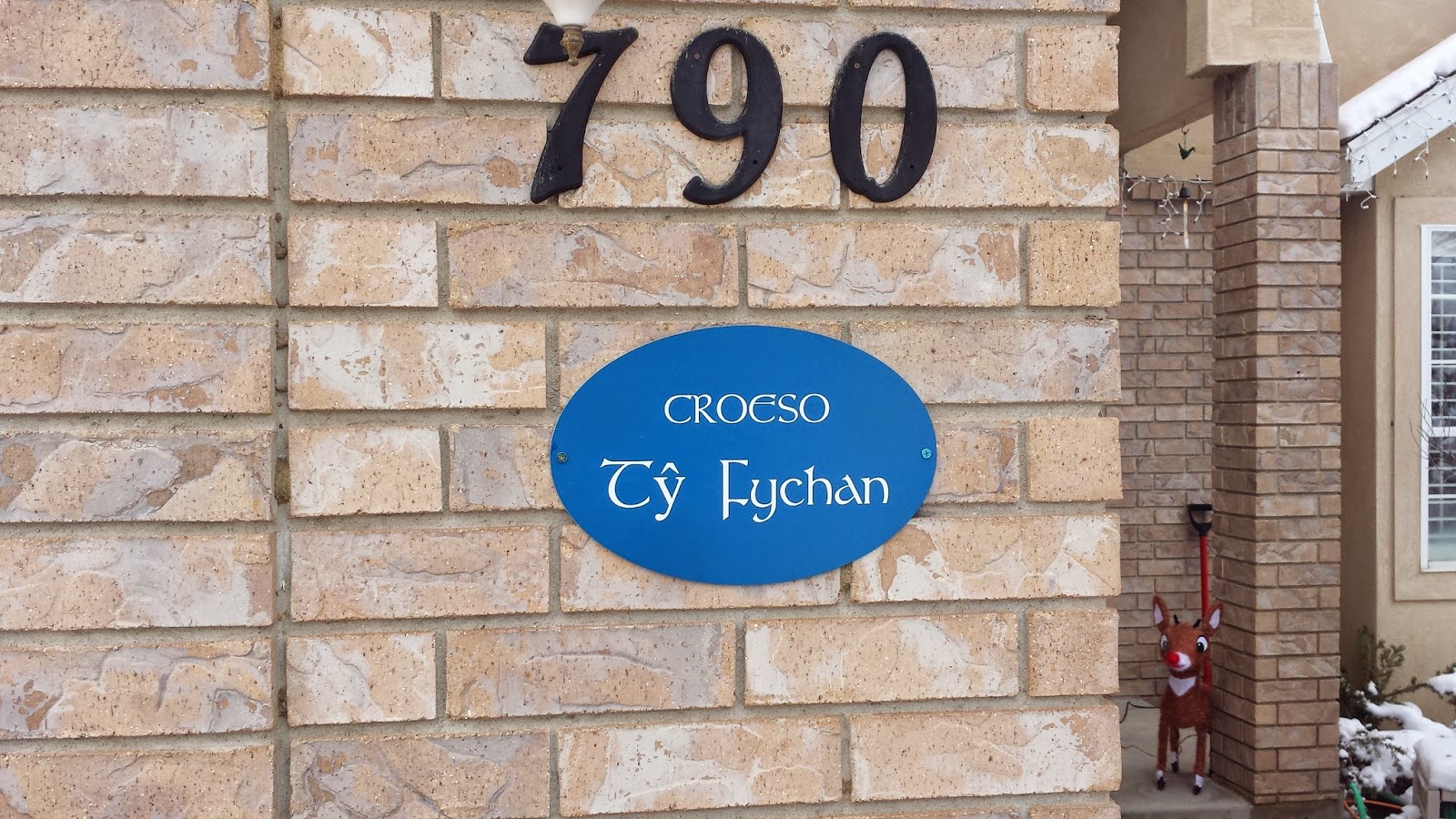 Our house now has a name. I named it. My wife is cool with it as she was in Britain and saw how it's very common that even the smallest home has a name. They are not all that unique as the popular names, like "Rose Cottage" are used over and over again. But if you're in a village or on an estate and ask for Rose Cottage, they will usually guide you to the right place. There is likely no street address otherwise.

Most often (even in the case of "Rose Cottage") the names are practical and simple explaining something unique about the house even if the village next door also has one by the same name. I guess that's part of the simplicity.

Some name houses in in the US. When my parents lived in Arizona, the named their home "Casa de las Fuentes," a simple, descriptive name that they came up with. They had the name on their entrance in Spanish tile. (We children irreverently referred to it as "Casa de los Viejos, also simple and descriptive.) My brother has a house on the Bear River with the name "Bend in the River Ranch." This is simple and descriptive even if it's a rather modest "ranch" maintained by my sister-in-law with her horses and gardening. My brother is more into the river aspect with his kayaking and other flowing water skills. 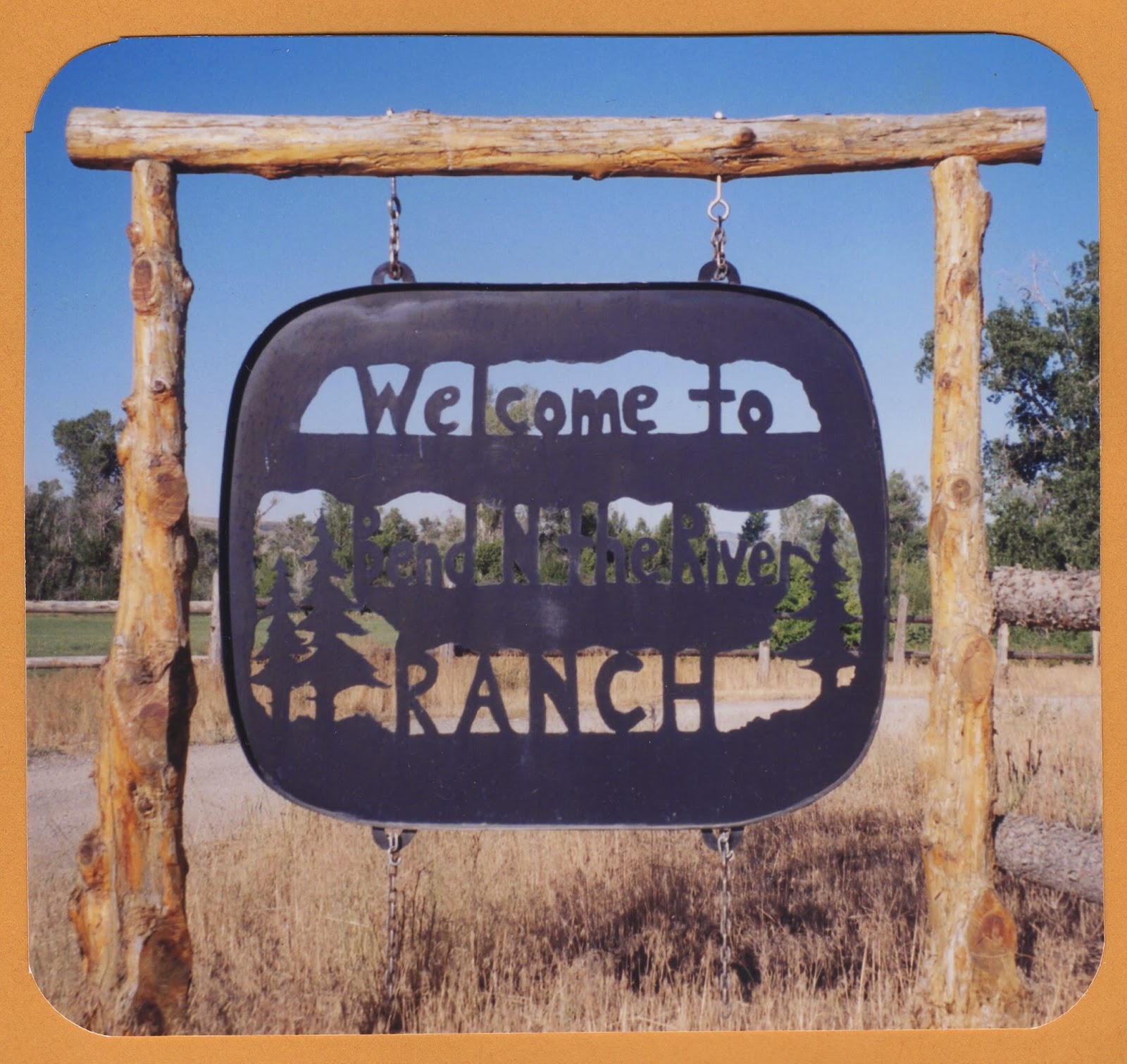 It's been a struggle to come up with an appropriate name inspired by our family history and our Welsh adventures. After a semester of Welsh class, I came up with something in a flash that seems to fit. I wanted to use our name - the Welsh version of it along with a simple descriptive. "Castell" seemed to pretentious, so I just stuck with "Tŷ Fychan," "Vaughan House/Home." The Welsh "Tŷ" pronounced "tee." meaning house or home. And it seems to check out finding the name used in Wales here and there.

I had to be careful as the related phrase "Tŷ bach" means "little house" or "out-house/bathroom."

Some history of our "Fychan" name can be found here.

The word "Croeso" means "Welcome." My concept is that it says: "Welcome - Vaughn House." If it said, "Welcome to the Vaughn House" then I would have to get into mutating consonants, which I can do ("Creoso i Dŷ Fychan"), but I'm still trying to keep it simple. I don't want to get into an issue of whether to mutate "Fychan" either. The rule is that you don't mutate proper names (except for countries, I guess as Cymry ends up in all sorts of odd forms). And the whole "Fychan" to "Bychan" thing gets right back to a form of the "little house" or "bathroom" issue.

So, I think it works. My Cymru friends will correct me if I'm wrong. The sign is in plastic. We didn't go metal or slate wanting to make sure we got it right first.

Oh, and I highly recommend signomatic.com. It let me design my sign with many options. It's a Swedish company with quick international delivery. And I guess they must name houses all over the world.

We'll end this on a somewhat related matter. Anther great place to buy things is flagsandstuff.com in Provo. It's a bit weird and almost to the point of unhinged on the militaristic/tea-party/confederacy scale, but they sure have a lot of cool international flags. I had my daughter pick up a Plantagenet and Owain Glyndŵr banner to sort of give to myself this Christmas as Santa buys a lot of his own gifts around here. I wrapped my Richard III book in the Plantagenet flag. They're inexpensive and would not hold up well in extended outdoor use. But they are great for indoor use as wall hangings which we have a lot of as there are at least a couple of vexillophiles in the family. Sturdier flags are available as well.