The extremes of Christmas are represented right here in our little neighborhood. Well, there's no either/or sort of thing. And there's no outright satanist or atheist attack. I'm just glad to enjoy some diversity within just a few blocks in Davis County, Utah. 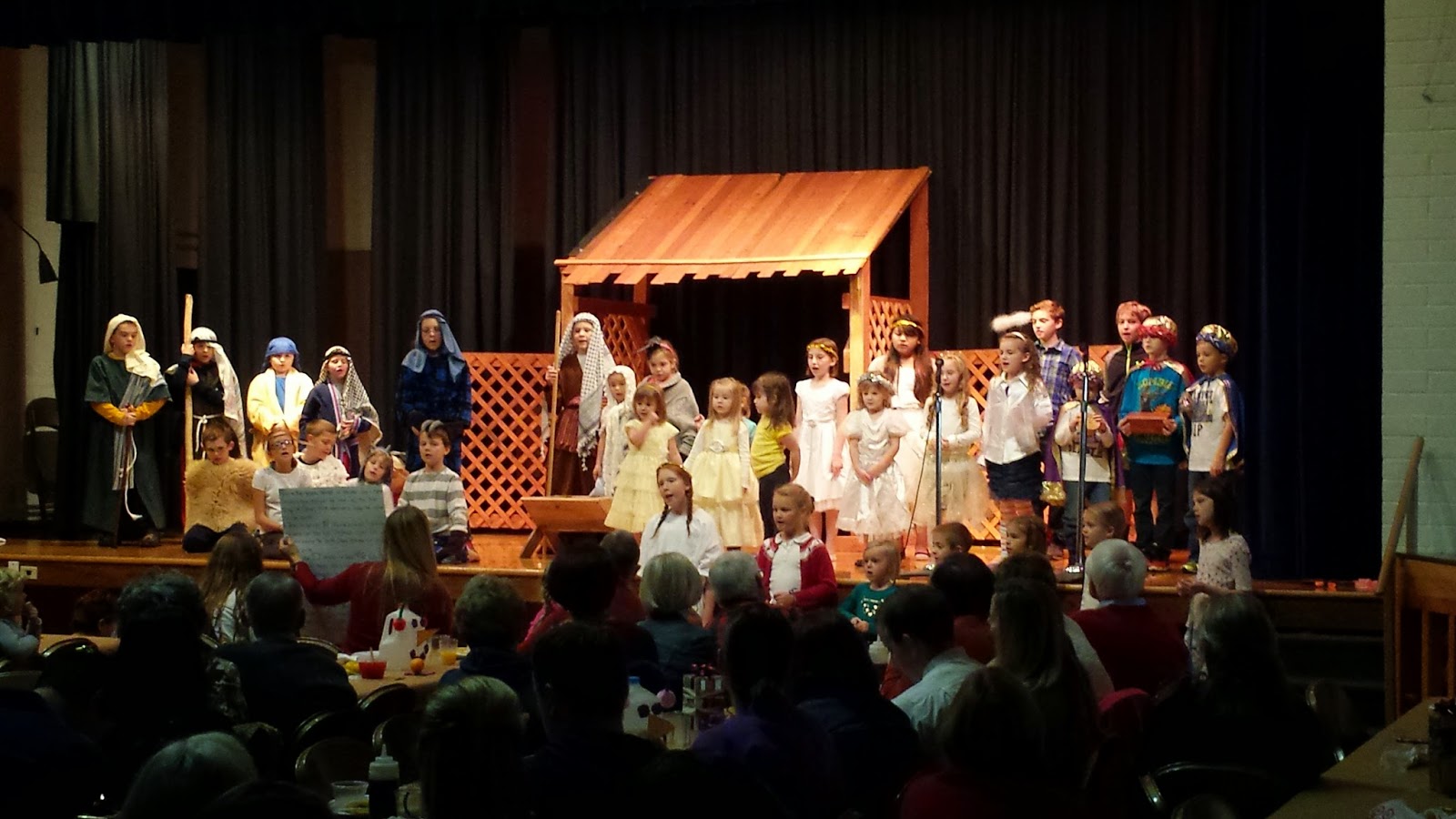 The first is what you would expect at an LDS Ward Christmas Party Breakfast. The Primary children put on a great nativity with music and costumes. I'm not sure what the girls in yellow are supposed to be, but they sure had fun with their twirly dresses. The one in the yellow top competed a little with some ballet moves. The kids standing in front of the stage had my wife's musical chimes to hit at the time indicated by the color-code on the music director's chart. If you see the goat among the lowing animals, that's one of my wife's many costumes. The best part was that they're all kids from the neighborhood including at least one who is not a member of our church.

My role, because nobody else was doing it, was to monitor the microphone levels with the dials at the opposite side of the cultural hall. I guess I should have realized that is part of the unwritten order of things for a High Priest Group Leader.

Now, getting the Led out: 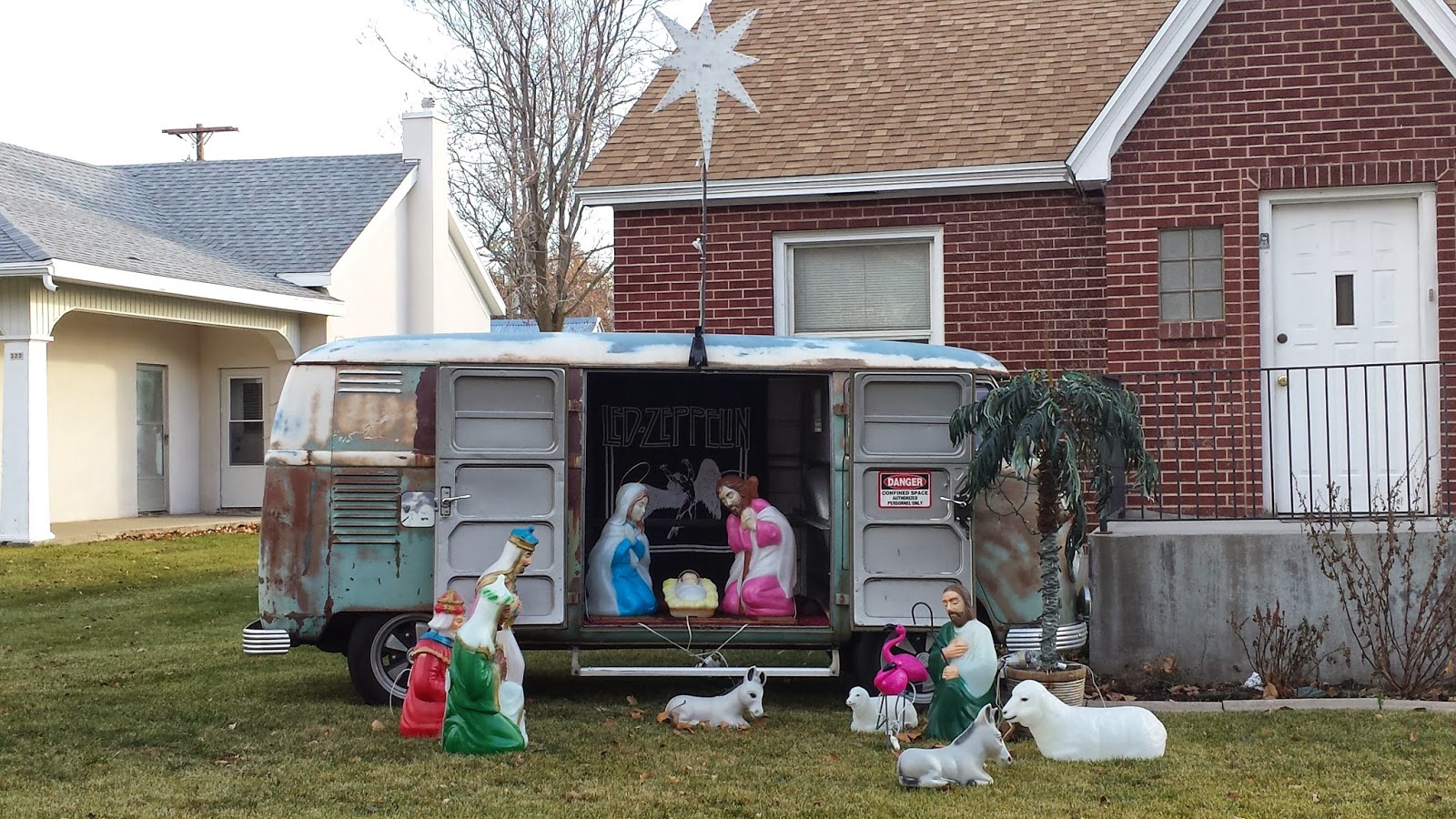 For me, this is just great! I don't think it's meant as provocative or in lack of respect. It just is and it's fun. I don't know these people. They live a few blocks away. One could make all sorts of interpretations, and I will just leave it as is.