No Dystopian Present Thirty Years Past 1984


Scanning family photos to put them on the OneDrive (I liked "SkyDrive" better), I just finished 1984. While I know that dystopian novels and movies are more a commentary on the current day rather than predictions of the future, our 1984 was really nice.

We ended up living in three different places that year as I had seen a guy waving a handgun in the parking lot of our apartment complex. We were in a suburb of Baltimore transitioning from a Jewish to an African-American neighborhood. We shopped at Shapiro's and were in a distinct minority in our apartment complex that was mostly African-American. We got along great with our neighbors, but I didn't like the handgun.

We spent that summer renting the upstairs of a beautiful ancient house on Old Court Road, out in the woods, with an address of Granite, Maryland - named for an abandoned quarry. The owner was one of my wife's school-teacher friends who spent most of the summer away except for the few weekends he spent at home. When he wasn't home, we had the use of the whole house and when he was home, we pretty much stayed upstairs and even left when he had his parties as we had inadvertently come across his cannabis supply. We didn't turn him in. We didn't with the guy and the handgun either. 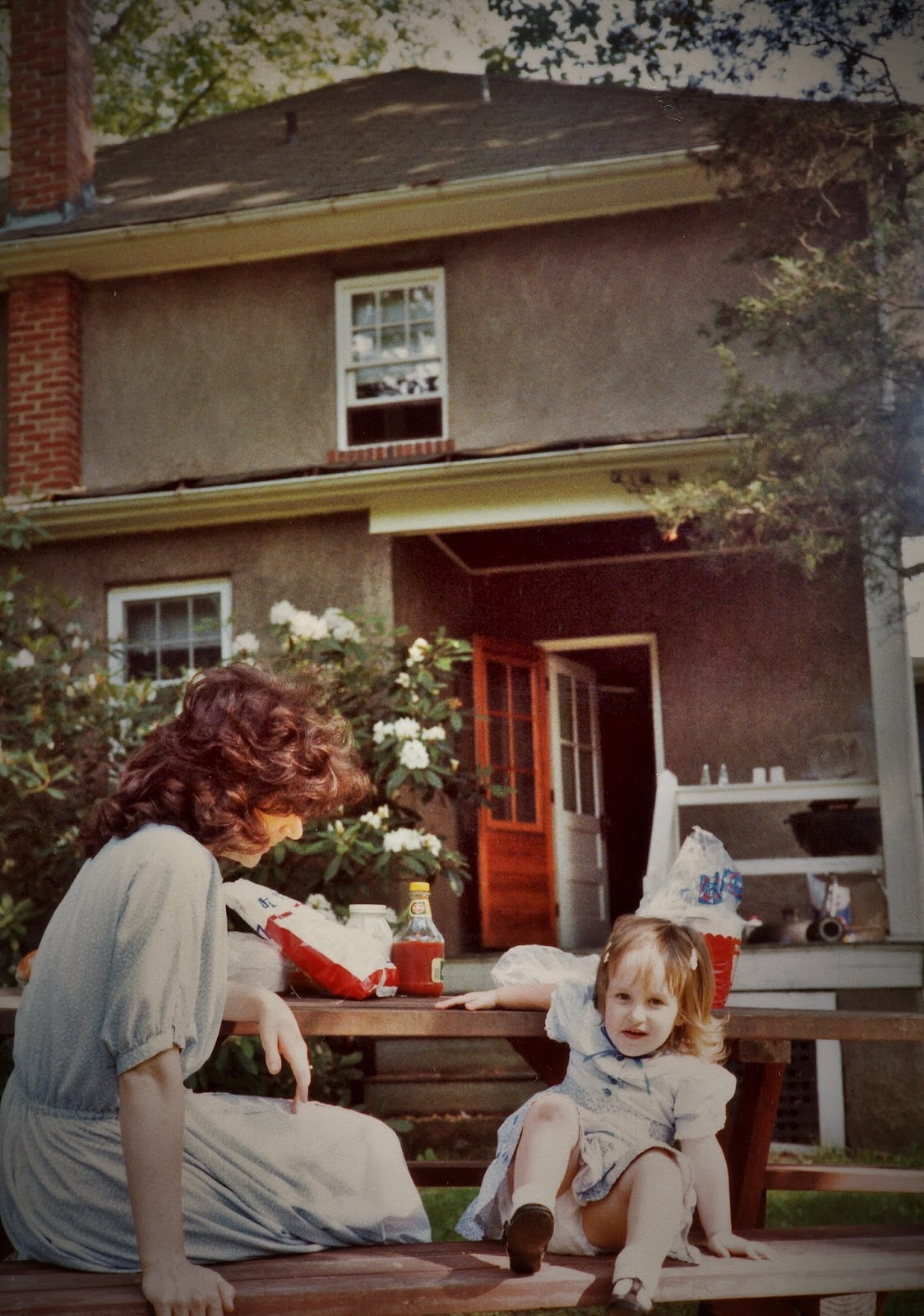 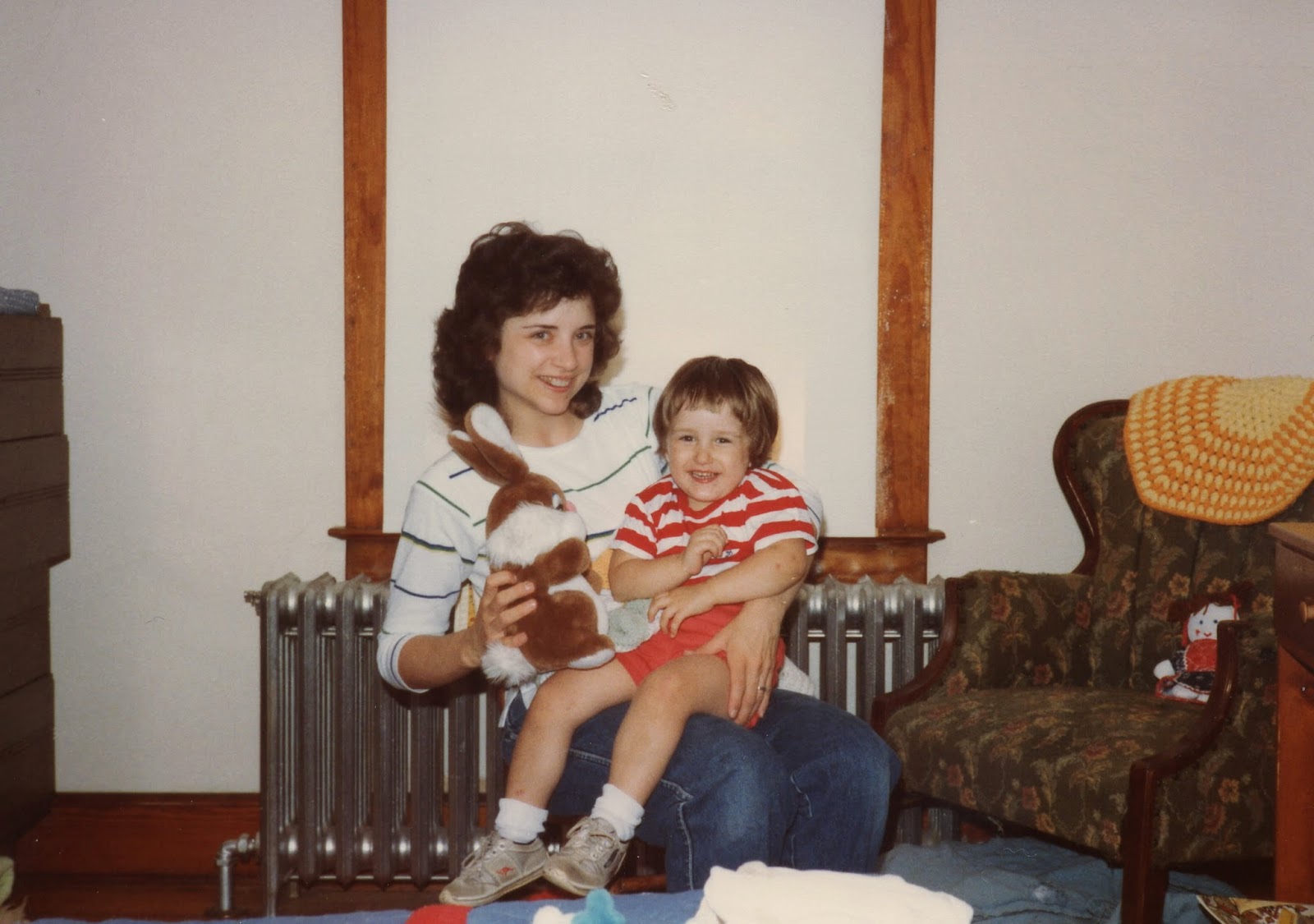 We also had our daughter's hair cut short that summer. I'm not sure why. And it makes it a bit odd now that in the pictures she looks like her little boys who are now about that age. Thirty years can add to the generations. And that's a good thing.

When then moved out to Sykesville where my wife was teaching school and we bought a new car, a Ford Escort of all things, as we were both going to be commuters. That fall I ended up making the triangle commute from Carroll County, MD, in to Baltimore for law school, and to DC for my part-time work at Interior. We lived in a grove of huge Oak Trees. 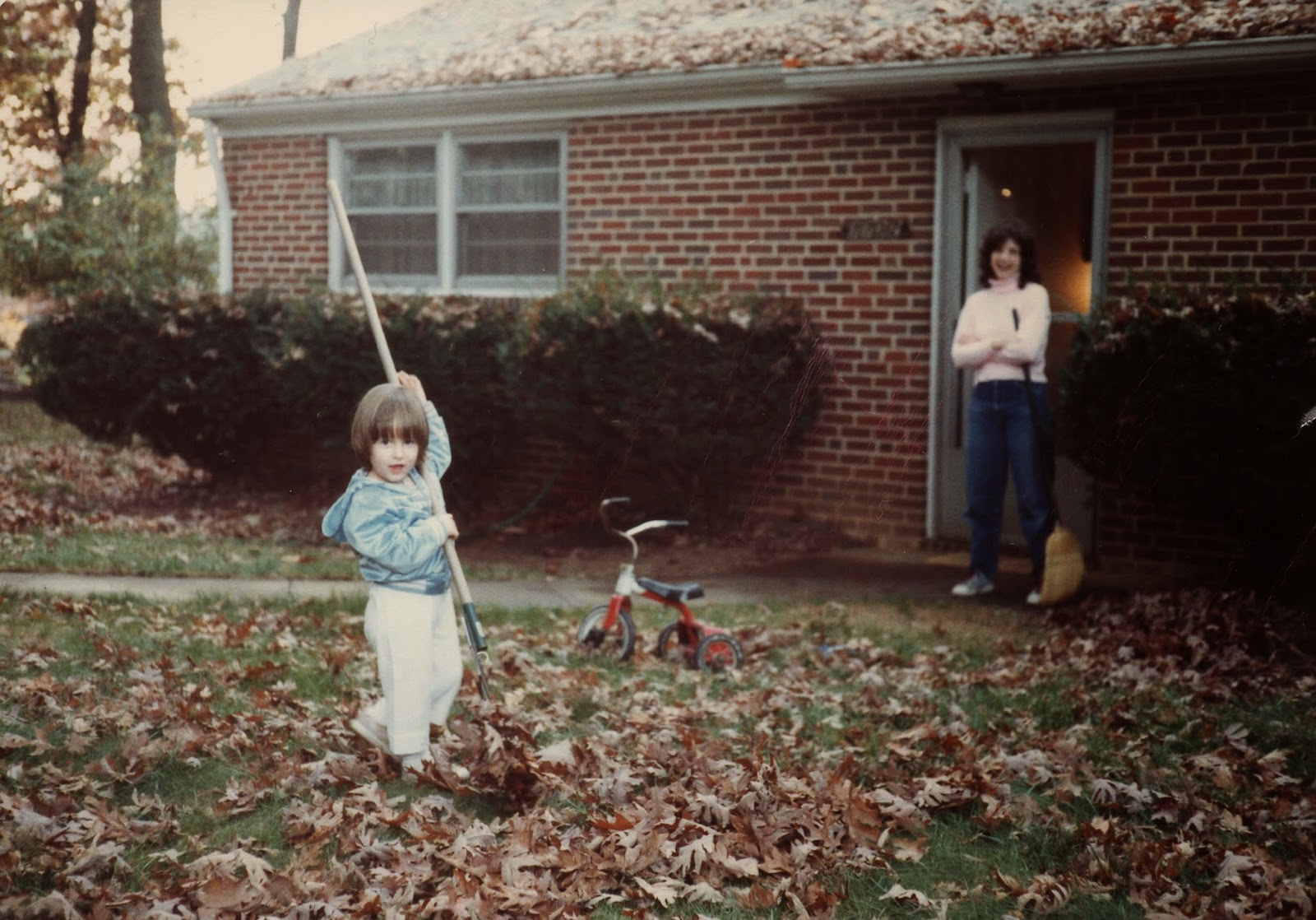 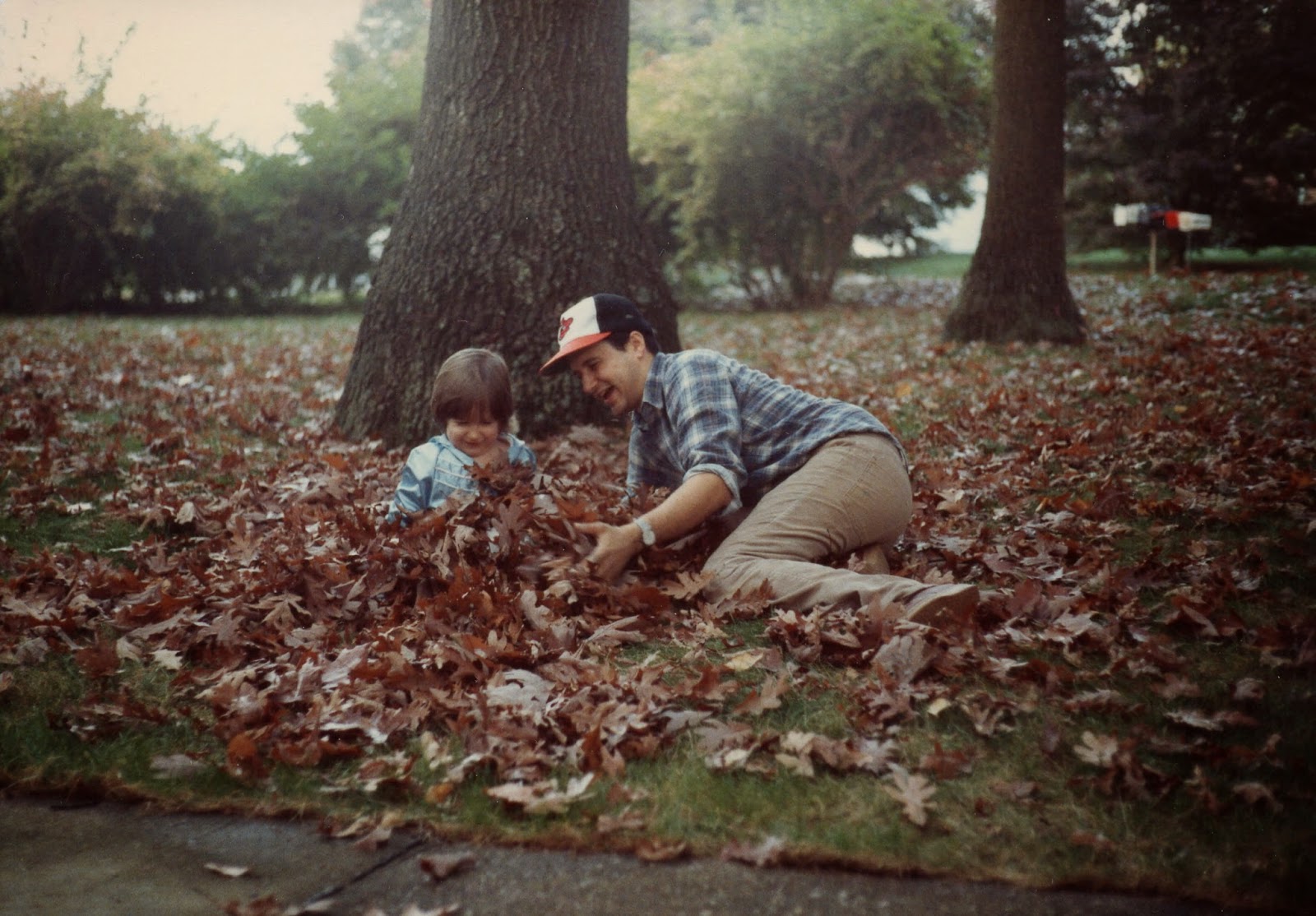 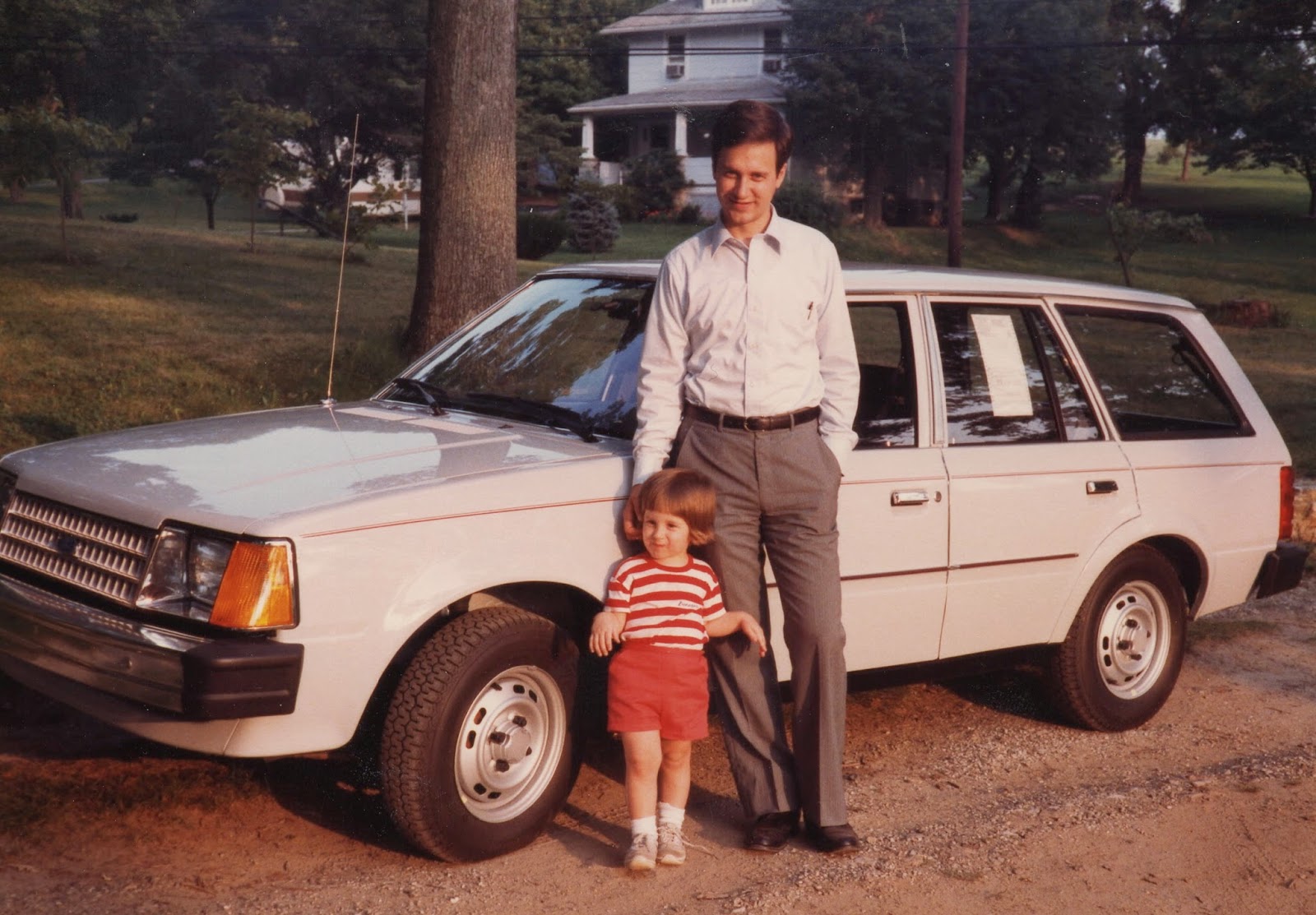 Sykesville was a great place. They had their little Civil War Skirmish. Union Troops held the bridge causing further delay for Stuart's Cavalry in their late arrival at Gettysburg. 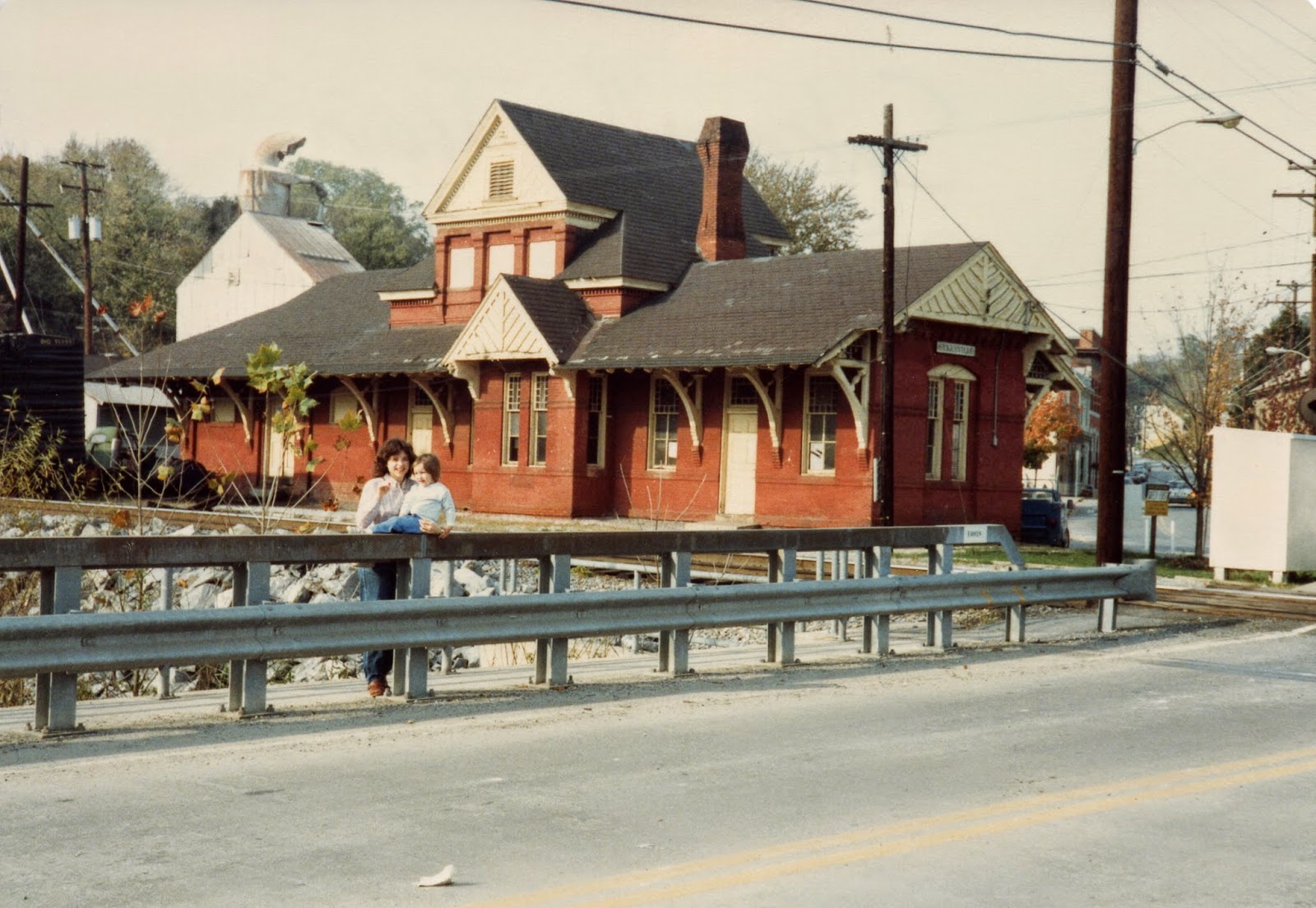 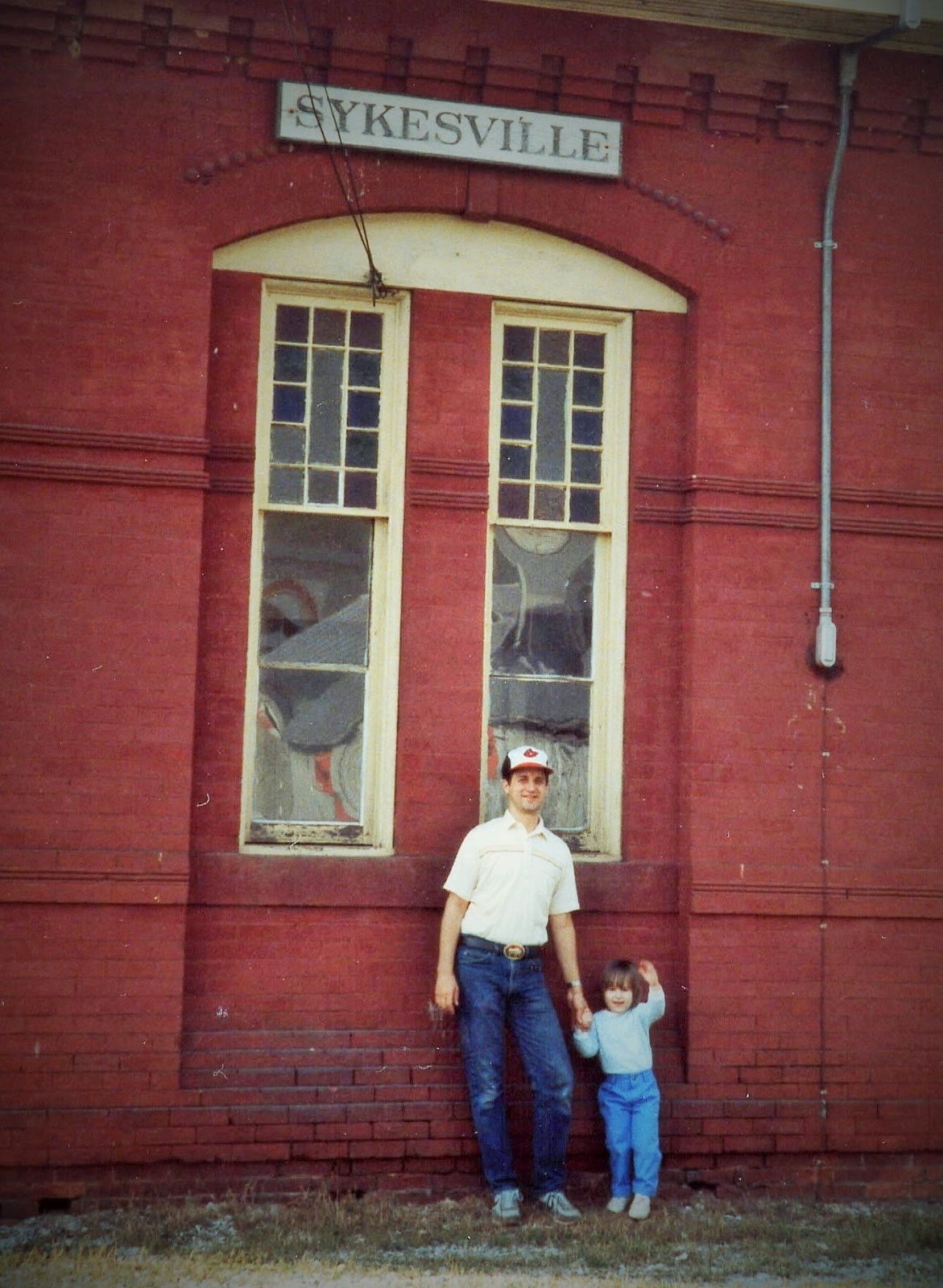 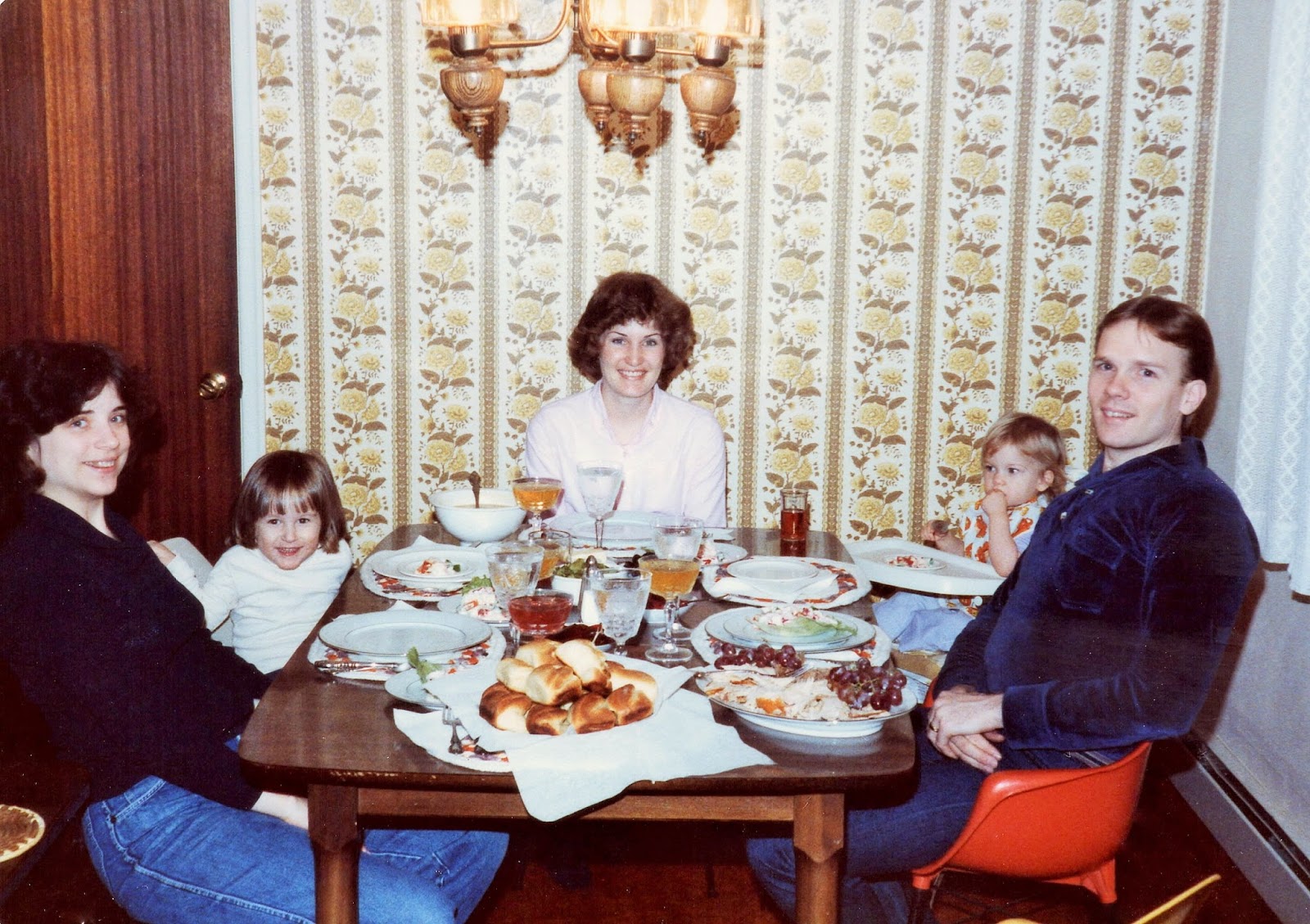 We had a great Fall. Good friends, more like family, came for Thanksgiving. We don't get together as much as in those good old days. But there's still FB and emails about pop music (I'm falling waaaay behind.) We especially enjoyed the wallpaper in that house. The hand-me-down-from-ward-members plastic chairs were also classy. As we were in the 80's they were only 10-15 years out of style. And it is almost shocking to see my college roommate with hair. Amazingly, the women just haven't changed that much. In those days, I did more cooking. I got to be pretty good at cooking a turkey, mashing potatoes, and making gravy. So, I did learn something from my Mom. We chose not to pass on the tradition of grinding old, dried, sometimes penicillin (?) laced bread for our stuffing. My wife's rolls and deserts could not be beat, then or now. Then there was Christmas. What can I say? Our first and our last of our six children were terribly spoiled. But they came out OK. It's not that we had or have a lot of money. You just can't with six kids. But at the holiday times we could spend our time with them. That is so much more valuable.


The glory of the season was that while pretty much on our own far from family, we brought others into our circle our joined theirs. We visited with a kind, elderly widow who lived across the street and just loved our little family. We joined Jewish neighbors at a Christmas Eve showing of Pinnochio. I think I was the only male there without a yarmulke. Then, it was sort of even more Jewish as we had invited a single guy from church for Christmas Dinner, he was a convert from Judaism and divorced from his Mormon wife. So for Christmas, he was pretty much doubly alone. When we made the invitation, he offered to bring the Christmas ham he got from work. He wasn't Kosher but didn't know what else he was going to do with it. So, St. Francis was right - It is by giving that we receive (although I'm not sure he meant it in the ham context).

My favorite picture from that Christmas is of another friend whose husband worked at NSA (he doesn't anymore) and was called in. They had a daughter about our daughter's age. So we invited the Mom and little girl over for Christmas breakfast. I got lucky with this photo of them in our daughter's room with the Christmas morning sunlight glow of the Holy Day. Mother and Child. 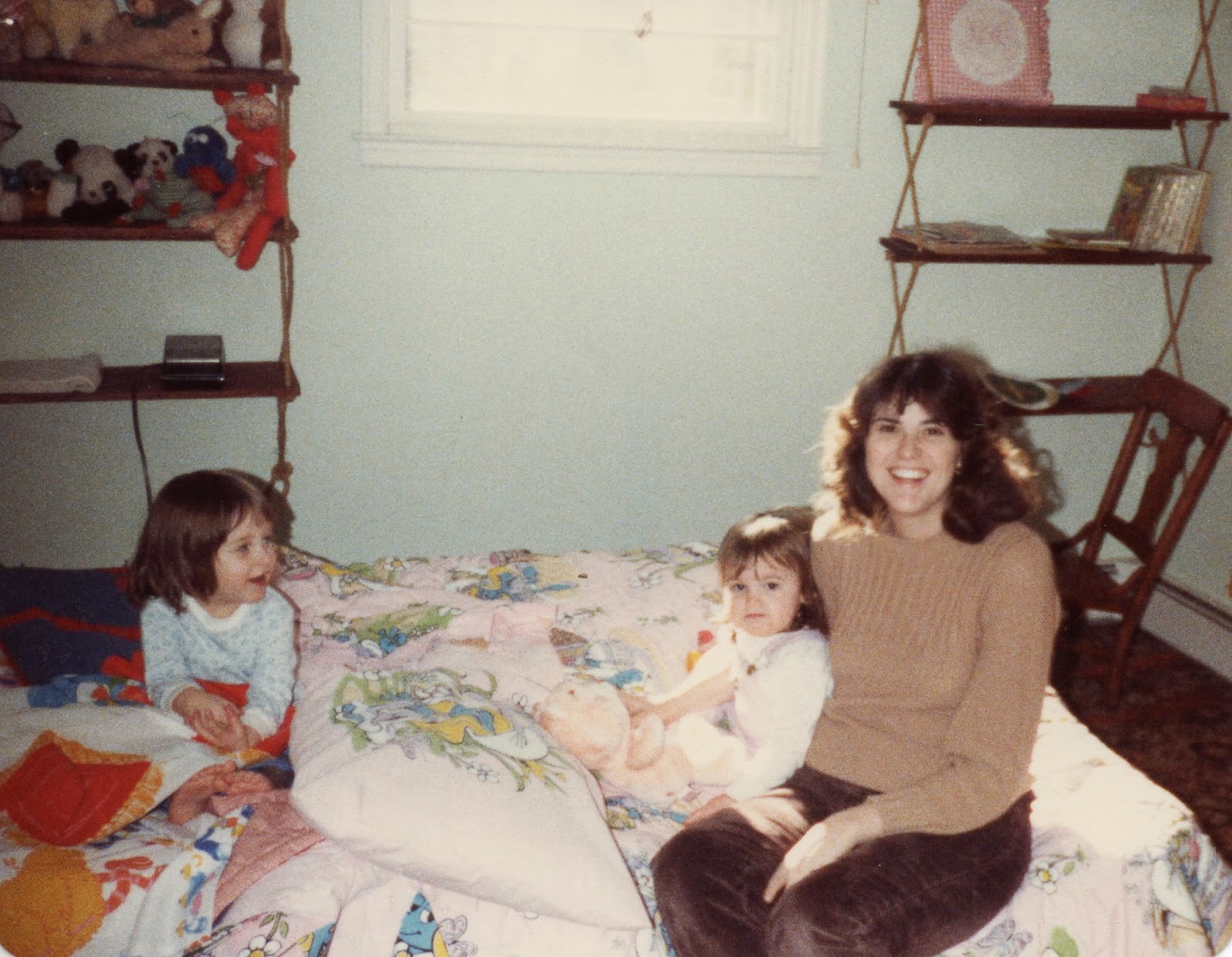 So yeah, on modern commentary we still have the NSA to worry about, more so than we did back then. I want to forget all about CIA-Cheney torture and a lot of other things to enjoy what good we can. I love Christmas. It just breaks my heart a little every year.