When we were young, our dad would set out in December to design and paint his annual Christmas picture on our front window. This is the earliest one I can remember: 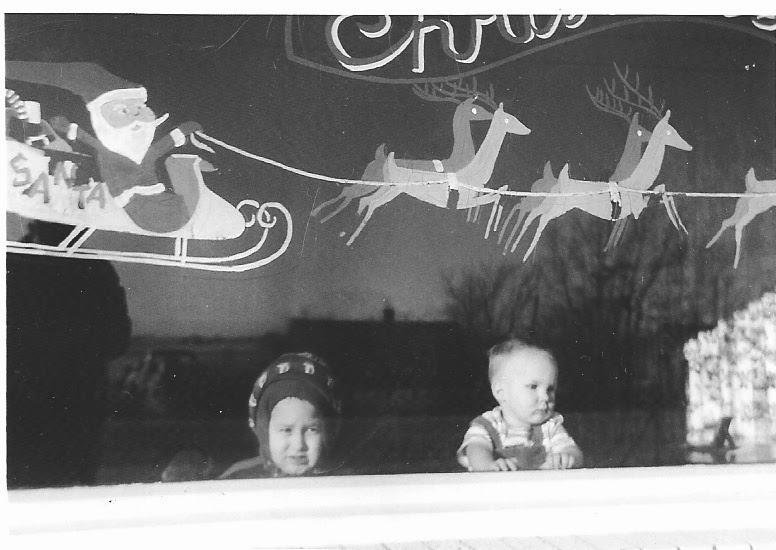 It was 1960 (I'm on the left) and interesting to see the reflection across the road in Hibbard, Idaho, where we briefly resided. On a clear day, you could see the back of the Tetons (the front generally considered to be the Wyoming side as it's an official US National Park and all).

The next one I found was from 1964 or '65. We are now celebrating Charlie Brown's Christmas Golden Anniversary. 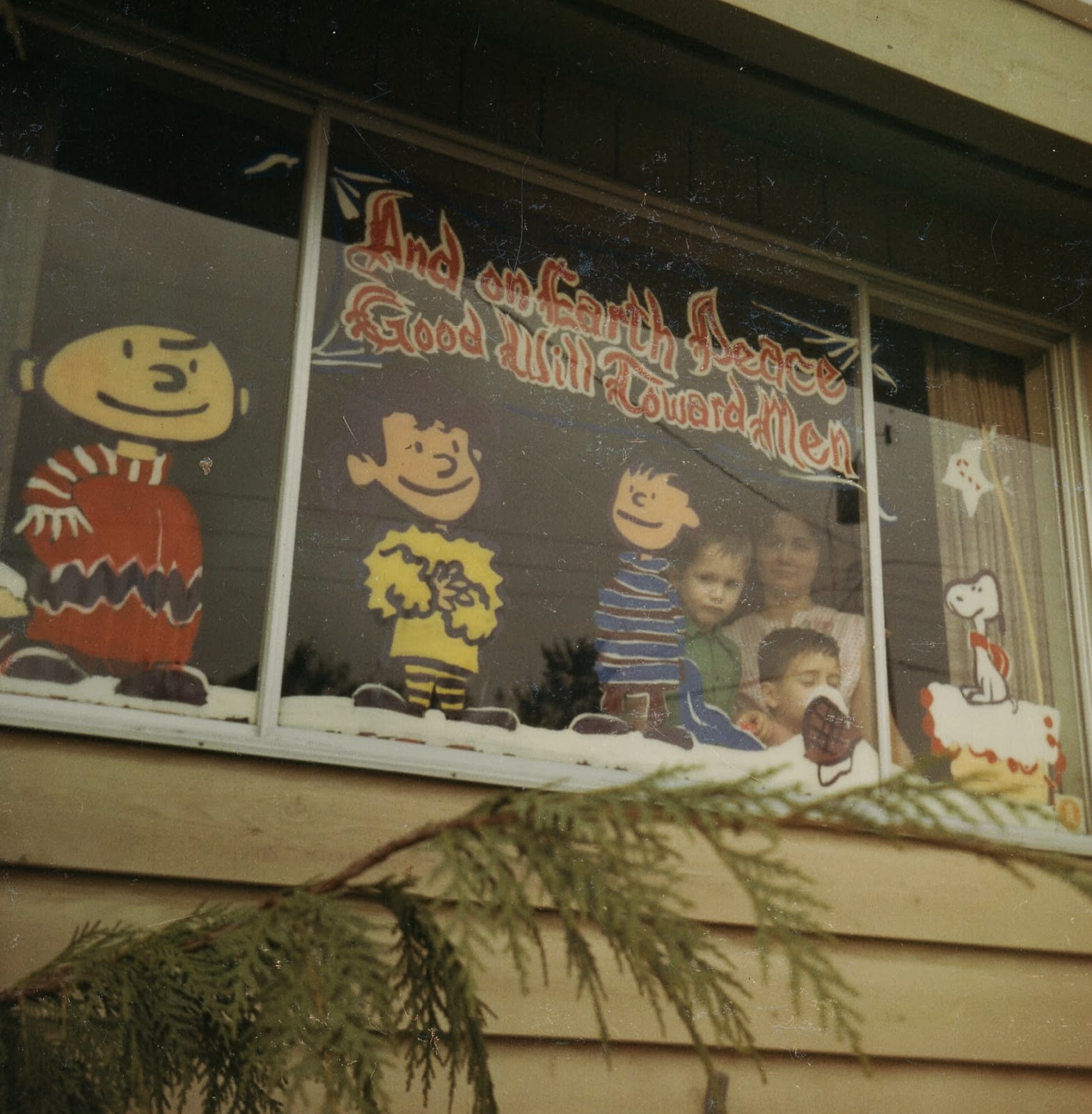 This is obviously our Kirkland, Washington house. I'm the one apparently licking the inside of the window. I need to do some more searching for the window paintings of other years.

So, having finished Christmas with the two I had, I go to another totemic theme. It's a photo of a photo of an oil painting and I hope I can get a better copy eventually. I bet my dad has one in his slide collection. I need to get those and get a slide scanner going.

This is the opposite view of the classic cabin, that you can see on the first of my totem blogs. 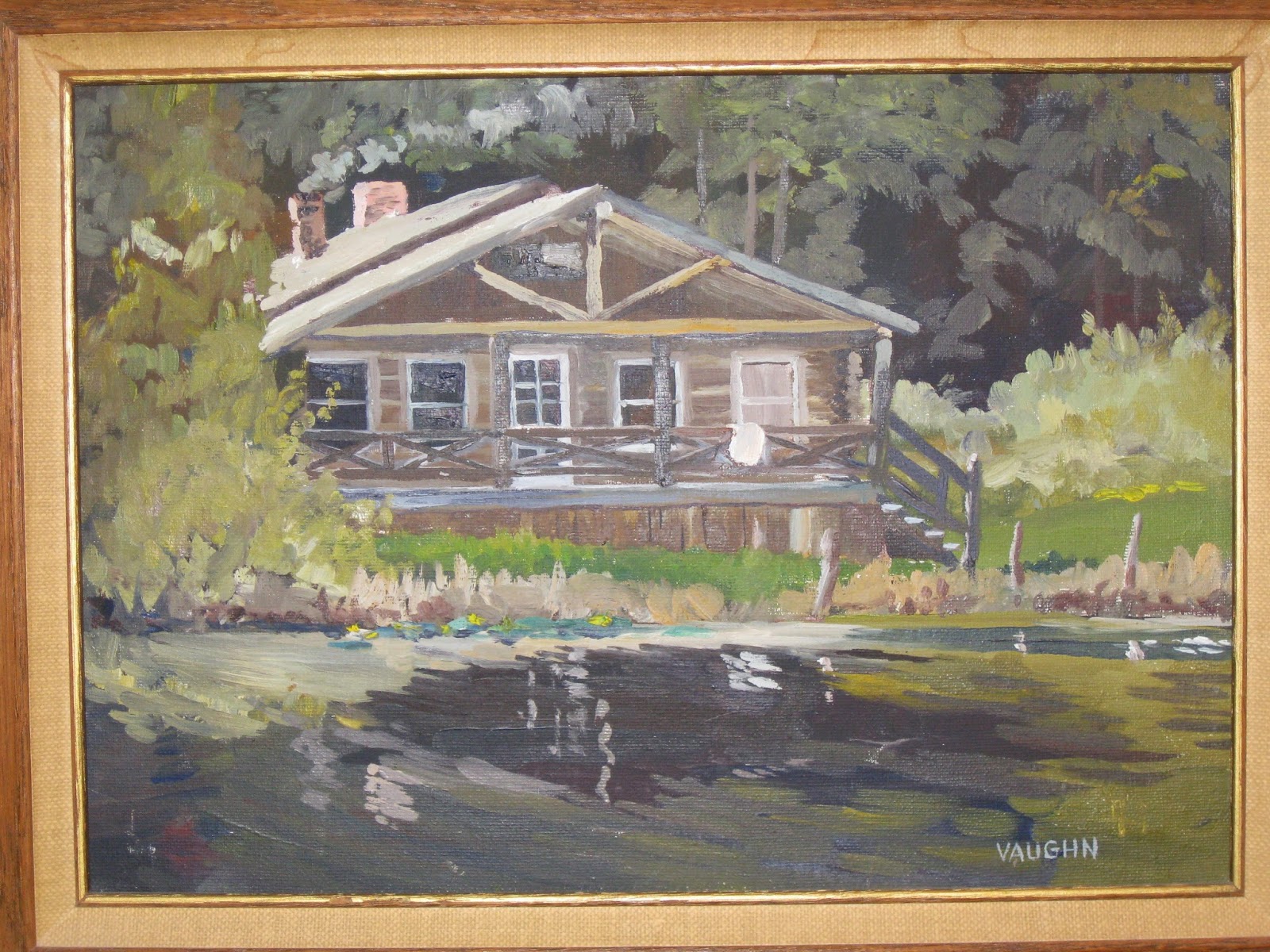 I'm not sure if there's any significance to the Camp Director having rowboat No. 13 assigned to the family beach. But this was a little kid's heaven! We not only spent two summers there while my dad ran Scout Camp, but we had many family excursions up there in the off-season, often with other families and friends. I don't remember any Christmases in the woods, but there were occasional Easters and several Memorial and Labor Day celebrations.
at 6:31 PM