Why I'm Not Going to my Rep's Town Hall Meeting 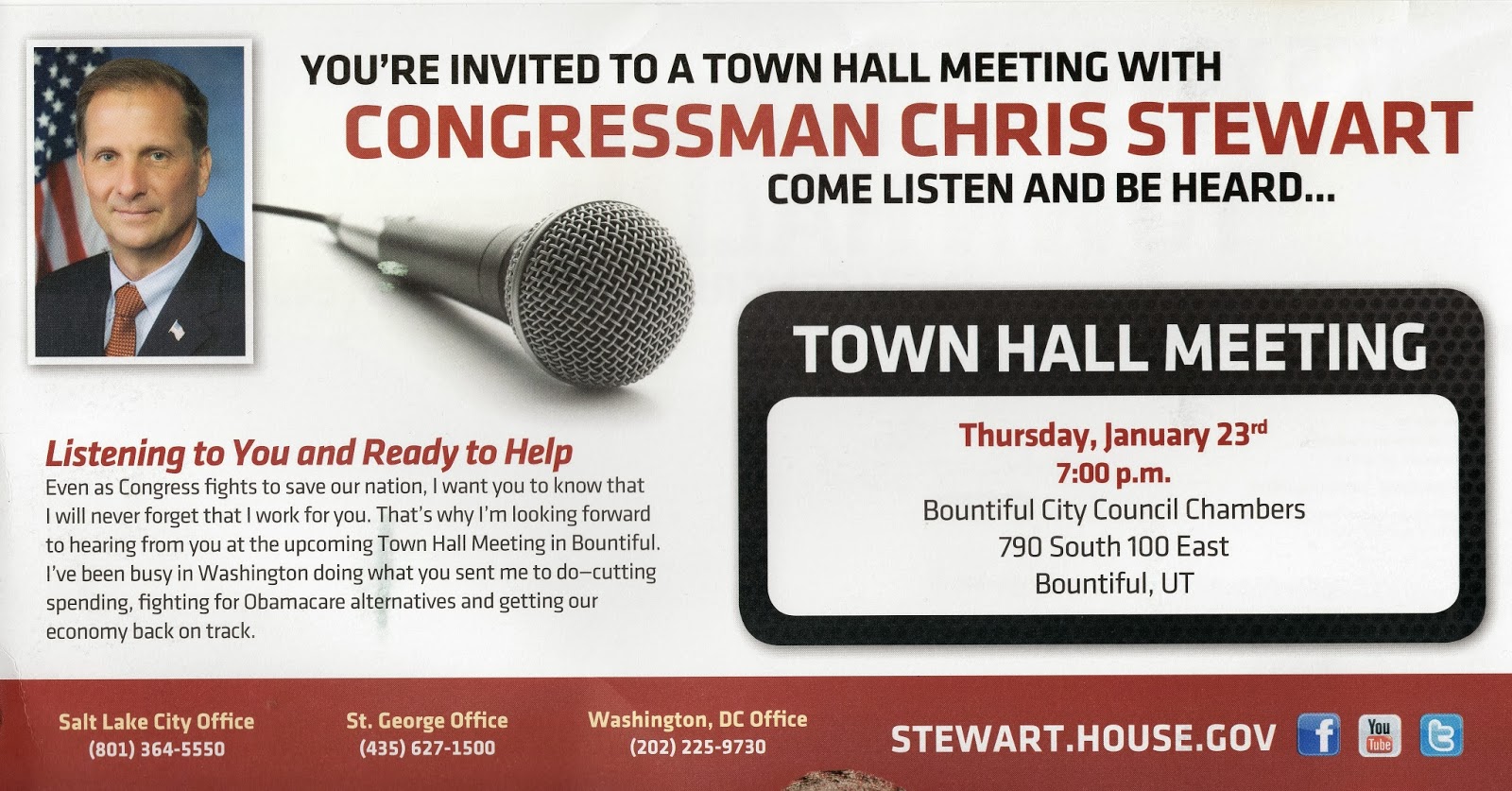 My U.S. Congressman of the whatever gerrymandered District we're in now, is holding a town hall meeting this month that I will not be attending. There are some questions I would like to ask, but I don't think they'll get me very far with my political tea-partier, erstwhile Mormon-pop, apocalyptical-fiction* writer, and Beck-buddy Representative. My questions follow:

What exactly are you trying to "save our nation" from?

What do you think is meant by the Supremacy Clause of Article VI of the U.S. Constitution?

Do you support the nullification doctrine that states can opt out of federal law passed by Congress?

Do you think the U.S. Constitution is limited to an interpretation of 1789 or can it be understood and have application in our present day?

Where do you see the line between what sovereignty the State of Utah may have and the sovereignty of We the People of the United States?

Do you believe that the State of Utah can "take back" federal public lands that never belonged to the State of Utah or any of its residents (except for maybe the Utes, Shoshones, Goshutes, Paiutes, Navajos, etc.)?

When are you going to stop fighting against the United States of America and its Constitution?

Why in the world would you ever hang around with Glenn Beck?

Well, I don't think I would get very far with my questions. Most likely I would be run out of town by my Rep's supporters - a stinking, states-rights mob. (Joseph Smith's description of states' rights doctrine).

If the Congressman or anyone other wishes to counter my views, the comment section here is always open (with reasonable standards of civility - at least to the standard of Brother Joseph or W.W. Phelps ).

Oh yeah, I don't have to go to the Town Hall Meeting! I have a blog!