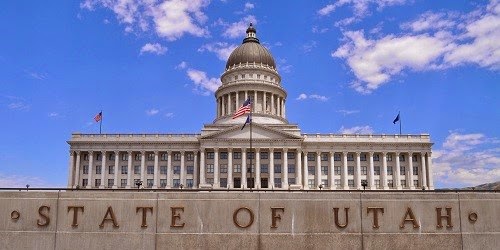 A dear friend provided me with some comments on how the ACA (AKA Obamacare) is being implemented in the State of Utah, one of the less cooperative states of the Union. I asked to share the perspective here. Yes, there are flaws in the ACA. There are also flaws in Utah state government. My friend comes with a thorough background from work and experience. Take it away! (with only minor edits from me):

I could not fit this on your blog the other day so here you go:

Okay, Grant, Regarding Health Insurance and ACA, what a mess! By reading and studying it and preparing to enact an audit with CMS and the Department of Health, I have found it to be lacking. Here are some of the facts and information or also some of the many flaws:

1. It was an original good simple idea to have the Health insurance companies assist Americans and get rid of coverage limits, preexisting conditions, and those who are 26 and still in school to be covered. Yet, we find that with all government we get corruption which seems to line the pockets of those enacting and writing those laws. Example: We are required to apply first for Medicaid and then if we don’t qualify we are then sent to a “Market Place” (Group of selected Health Insurance Companies). Chosen by the writers of the law namely our Congress and Legislature. Who chooses these companies? Of which if we go to the Market Place and select from the choices and we get a discount or form of tax break or bonus (if we are lucky and meet the criteria). Yet, I am sure we would find some politicians on those companies’ payrolls.

2. Did you also know that with ACA the following applies:

B. Why is this a problem? Not all Americans will be able to 1 afford coverage, 2 qualify for Medicaid, and 3 pay the penalties. You see, the federal government has put forth a law requiring all Americans to have health insurance. Yet due to the Supreme Court ruling that the States are not obligated to expand their Medicaid coverage, what does this mean specifically to the State of Utah and all of the other states who have refused the expansion? It means that those who are over 19 years old to 64, who are single - no children, or have a disability, are required to apply for Medicaid for some type of coverage. But Medicaid will state they do not qualify for any of their programs. They are then sent to this “Market Place” of which the Market Place states that they can’t afford the coverage and would qualify for Medicaid. So the Market Place shoots them back to the States of which these people are locked in a black hole, forced to pay the fines, pay for health insurance they cannot afford, or move to a State that has an expansion program.

C. Now you are then caught because the following applies to those who are low income. They are obligated to file taxes, and will face the IRS and collections and fees.

1. Single dependents under age 65 must file a return if any of the following apply:

2. Married dependents under 65 must file a return if any of the following apply:

c. His/her gross income was at least $5 and your spouse files a separate return and itemizes deductions.

As for tax breaks, it only helps if you make less than $45,960 a year. In other words the ones who suffer are the hard working Americans and those single or married adults who don’t have children in the home, or who are not disabled.

Just something to think about.

Oh, I forgot to mention that the ACA policy also gives the states the option to slow health providers' hospitals and clinics to do presumptive eligibility. In other words, to make their patients eligible for Medicaid. That is to take place with in the year. Talk about a conflict of interest!
at 4:51 PM