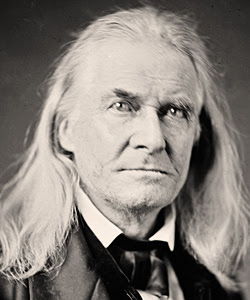 There is good to come from this. Mark my words. Of course, that 's easy for me to say as a Democrat who supports President Obama. The Republicans are self-destructing worse than the Democrats are used to doing. The Dems do it a bit more quietly and confusedly like when they nominated Kerry. The Republicans are now doing it like the Democrats of 1860--their intellectual ancestors blowing apart their party to allow the election of the greatest President ever, Abraham Lincoln. (Washington was great too, but he only had to help put a new country together, not save one from falling apart at the same time creating a "new birth of freedom.")

I even hope Mormons can find a away to get along with the great State of South Carolina and vice versa so we don't all carry a grudge like that whole Missouri thing.

I feel sick like when BYU loses a big game--even though I'm not that big of a sports fan.
at 8:16 PM