Mitt: Please, Please, Be Your Real Self--More Like Your Dad!

I really wish Mitt Romney could be his true self and more like his dad, George Romney. It bothers me so much that he seems to want to be something he isn't. He is or at least was a perfectly good, moderate and sincere guy. His dad wasn't perfect. There was the famous "brainwashing" comment and the apparently genetic "woodenness," but George Romney was a heroic moderate/liberal in his own way, particularly on Civil Rights. He walked out of the '64 Republican convention over the Goldwater plank opposing the Civil Rights Act.

Even in Mitt's past church service, he was a good guy. He did pretty well under some challenging circumstances. [Full disclosure: I also served as a missionary in a foreign country and as a Mormon Bishop. I have not been Stake President--for which I and many are relieved.] The positive nature of his church service is even acknowledged by serious-minded non-Mormons as evidenced by a fair-minded report from NPR via, the Atlantic Blogger, Ta-Nehisi Coates.


The NPR discussion is about a just-published book by Michael Kranish and Scott Helman which appears to be a fair and somewhat complimentary biography by two Boston Globe writers. 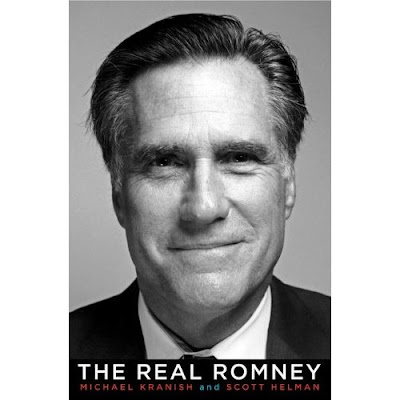 It sounds like a really interesting book. I may have to read it.

Mitt is someone perfectly qualified to be President. I even understand why he has to "attack" the President as part of the political process even if I think it would be better to do it without making stuff up. I just can't understand why Mitt has to be such a panderer to the right-wing on social issues and the neo-cons on war and foreign affairs. And he is certainly head-and-shoulders above the other Republican candidates.

And maybe that's just the problem. If he has to compete with the likes of the slimy newt, or the big-government-on-personal-culture-issues Santorum, and has to deal with the Republican primary electorate represented by those crowds in the debates who cheer when people are left on their own without health insurance, boo at gay soldiers, cheer the newt in his reverse moral indignation, then maybe it is really hard for him to be the "real" Romney.

Mitt's dad was the one who started the modern tradition of presidential candidates releasing their tax returns. Last night, CNN's John King asked Mitt if he was do the same. Mitt responded with a painful "maybe."

As I was saying . . . . Check out Andrew Sullivan and Rick Perlstein (with bonus clip of the "brainwashing" interview.) This is the sort of psychological/historical explanation I was worrying about.
at 6:39 PM