With White and Black Sail

Out of the Labyrinth. I can't talk about the Minotaur. I am still clutching the thread. And it's over. 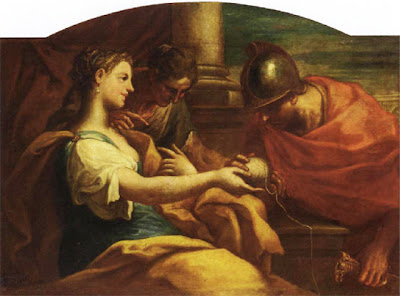 At least the hearing part is. It will be months until we have a decision on our mining contest. There's the transcript to come along with a round of briefings.

Yes, I did well. Our Geologists were certainly pleased. I'm not entirely sure I'm pleased with myself.

At one frustrating break in the proceedings, I was down talking with my boss who was rather ironically editing a memo on the very area of law we were battling before the Administrative Law Judge two floors up. I said he should be upstairs! I told him, in a rather animated way, how much I hated litigation. He said he understood. He went on to say that litigation reveals the kind of person you really are. And he didn't like all the things he found out about himself. He seemed to think I was doing fine though.