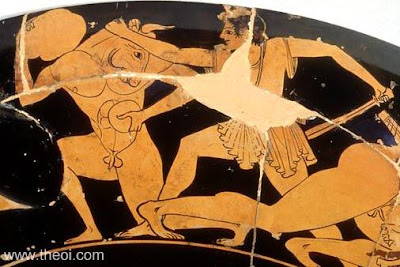 Apologized to my wife this morning because I was a little grouchy yesterday. I have been stressed and anxious working with another attorney as we get ready for a mining contest on common variety building stone because the U of U asked BLM to help protect some rare, soft-bodied, Cambrian fossil. We were in the office yesterday on the federal, Veterans Day holiday, and I've got to keep going through the exhibit notebooks today and maybe even tomorrow to make sure I didn't miss anything. That's all I will say about the case because I don't talk specifics about my government work.


On the bigger picture, I hate litigation even if I am fairly good at it. I'm not sure the internal conflict in my soul is worth it. But I only have a few more years to my retirement and maybe I can get through this one and back to more "advisory" and problem-solving aspects of my work rather than litigation before Administrative Law Judges (or worse, Article III Federal Judges).

The problem with litigation is that, while better than other forms of battle or arbitrary intervention to resolve disputes, the strongest advocacy on behalf of an interest arrayed against an opposite interest is like that scripture from Timothy that would have to be modified to say "ever litigating, and never able to come to the knowledge of the truth."

It is especially frustrating at times for government attorneys because we are held to a higher standard. That's probably a good thing to help save my idealism but it is challenging to see other parties and certainly attorneys seemingly get away with things that would not be allowed by us. And it is only right that the "mighty forces of government" bend to allow a less powerful interest every chance to make their case. One wonders though, and we do chuckle up our sleeves at times, as when caught in the middle of a hearing extended over seven-months (two weeks on, one off to try and keep up with other demands) between oil and gas and potash mining interests who wanted access to their different resources on the same pieces of federal public land. There were four oil and gas attorneys with two paralegals and a dozen or so experts on one side of the rectangular room, two potash attorneys, one paralegal and a handful of experts on the opposite side, and us in the middle facing the Administrative Law Judge consisting of our Bureau of Land Management decision maker, two "hippie" geologists, and me. Now, who was it again with the unlimited resources?

We did OK in that case, winning on the big issues but essentially coming to a draw and a remand to BLM for additional work. But then there's got to be a better way to promote truth, justice and the American way. If you are really interested in self-punishment (as in a fellow government attorney), you can actually read the whole 265 page decision here. Of course that decision was appealed and the ultimate resolution still eludes us, but at least I have moved on to other assignments.

There was something I read some time ago in Joseph Campbell, The Power of Myth, with Bill Moyers. Discussing the ideas of the sacrificial hero and the Grail Legends (of course), that sacrifice, while still heroic, isn't always dramatic. Bill Moyers quotes someone "after years of standing on the platform of the subway, 'I die a little bit down there every day, but I know that I am doing so for my family.'" That's how I feel when I wait in the dark for to the bus to go battle with the Minotaur.

By the sweat of our brow, indeed.

Email ThisBlogThis!Share to TwitterShare to FacebookShare to Pinterest
Labels: endure to the end, idealism, public lands